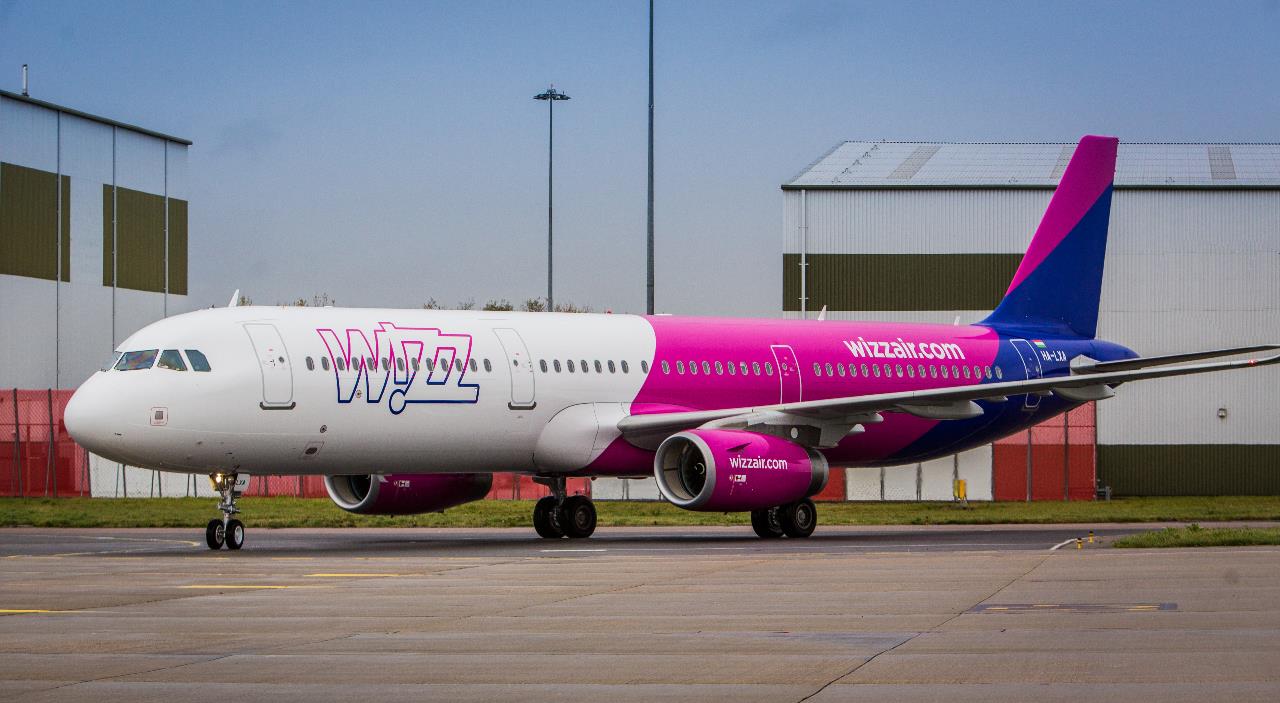 The additional two A321CEO aircraft represent a further investment of more than $230 million by Wizz Air UK in the base**** and will increase Wizz Air’s capacity on its London Luton routes to 8.7 million seats, representing 22% growth year on year and supporting approximately 6,500 jobs in the local area. The aircraft will be the 10 and 11 to be stationed at the Luton base and are due to arrive in summer 2019, creating over 70 new local jobs with Wizz Air UK.

The two additional aircraft means that Wizz Air will offer increased frequencies on popular routes from London Luton to the Cypriot port city of Larnaca, the Moldovan capital Chisinau, the Albanian capital Tirana, the Greek capital Athens and the Romanian cities of Suceava and Constanţa.

Wizz Air’s expansion at London Luton comes as Wizz Air celebrates 40 million passengers travelling on its low-cost Luton services since May 2004, when the airline launched its first route from Luton to Katowice.  To mark the occasion, the lucky 40 millionth passenger arriving at Luton will be presented with a 200 euro voucher to spend with Wizz Air.

Wizz Air is recruiting young and ambitious candidates for the new aircraft at its Luton base. Crew recruitment days will be held on 19 December 2018; 5, 17 and 31 January 2019 at Icon Hotel in Luton. For further information please visit https://wizzair.com/en-gb/information-and-services/career/cabin-crew-flight-attendant/#/

Owain Jones, Managing Director of Wizz Air UK said: “This is an extremely exciting time for Wizz Air in the UK. The arrival of two brand new, super-efficient Airbus A321ceo aircraft to our London Luton fleet in summer 2019 will see Wizz Air become the largest operator at London Luton just 15 years after its first flight to the airport and reflects our continued commitment to bring even more truly low-fare travel opportunities to our UK customers.  . Our six new routes to Bergen, Oslo, Turku, Thessaloniki, Porto and Catania further strengthen our west-to-west offering and are all truly fascinating destinations, and increase the choice for our customers whether they are looking for a city break, beach holiday or family trip abroad.

“We are proud to have reached the major milestone of 40 million passengers on our London Luton routes and we would like to thank our loyal customers for continuing to choose Wizz Air for its low fares, unique destinations and great service onboard our young and ultra-efficient fleet. 2018 has been a significant year for the airline, with the establishment of Wizz Air UK and the rapid expansion of the UK route network, which we continue to develop to offer our customers diverse and unforgettable travel experiences.”