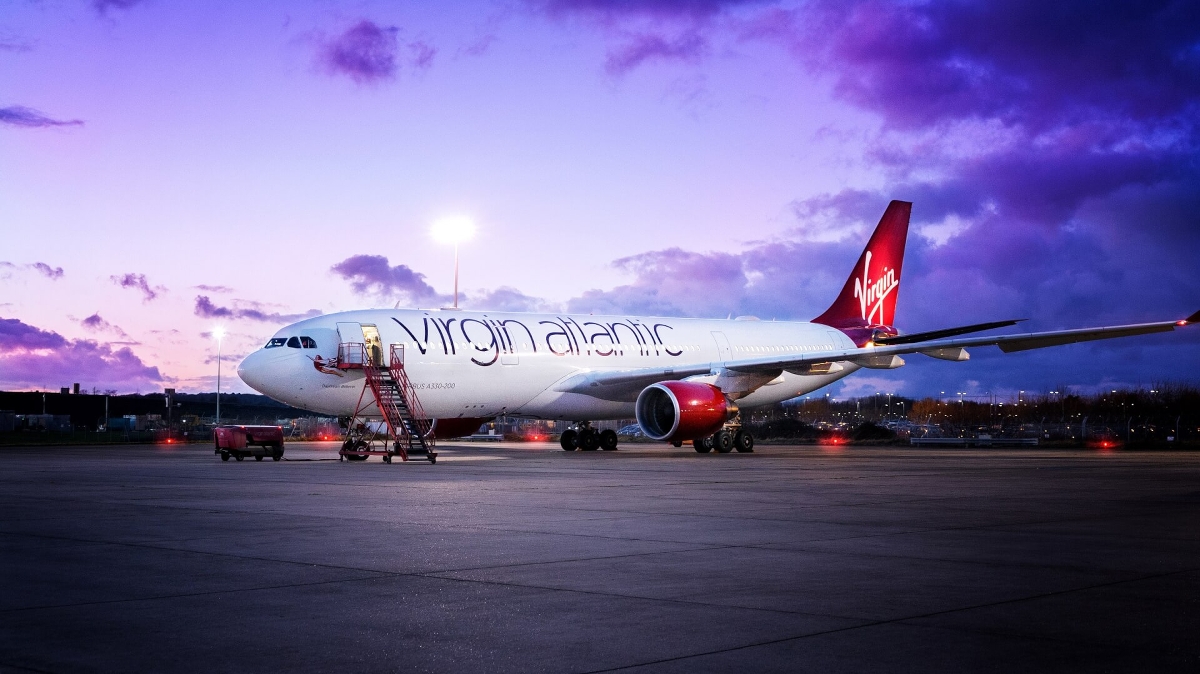 • Airline has released details of its planned long haul and new short haul route network, as it calls for an end to IAG’s stranglehold over the UK’s only hub airport and main air cargo gateway
• Future Virgin Atlantic route maps show intention to serve up to 84 new destinations in the UK, Europe, and across the globe when the third runway is complete, a fourfold increase on its 19 long haul destinations from Heathrow in 2020
• Ambitious plans to become Britain’s second flag carrier hinge on forthcoming Government decision on slot allocation at an expanded Heathrow

Virgin Atlantic’s challenge to IAG’s dominance at London Heathrow and its plans to significantly increase its long haul route network and launch a new comprehensive network of domestic and European routes when the airport expands, promises more choice and value for cargo customers exporting and importing goods through the UK’s biggest air cargo gateway.

Heathrow currently sees over 70% of the UK’s air cargo trade, totalling 1.7 million tonnes annually, a figure projected to grow to 3m tonnes by 2040. By value, over 30% of British trade flies through the airport, worth more than £100 billion a year, with 95% carried in the bellies of passenger aircraft.

Virgin Atlantic’s new route maps illustrate how the airline’s flying programme could grow to deliver a step change in choice for passengers and cargo customers, but only if the Government reforms the way new Heathrow slots are allocated to enable the creation of a second flag carrier at the airport.

Dominic Kennedy, Managing Director, Cargo at Virgin Atlantic, said: “Our volumes grew 6% in 2018 to their highest level since 2010 and we know customers would give us a bigger share of their business if they had the choice. At this pivotal moment for the UK economy, it is vital that our cargo customers as well as manufacturers, importers and exporters have access to the widest choice of routes and services and enjoy all the benefits that fair competition brings. The changes we are calling for will deliver this.”

Of the 84 new destinations planned, 12 are domestic, 37 are European and 35 are global.

The Government’s Aviation Strategy Green Paper has set a primary objective for the allocation of additional Heathrow capacity to facilitate effective competition between airlines, benefitting consumers through more choice and lower fares. It has also set secondary objectives to improve domestic connectivity and to improve connectivity to international destinations that are currently underserved or unserved. Virgin Atlantic’s route network plans enable the Government to meet all three objectives by bringing new competition across multiple domestic, European and global routes, as well as opening up brand new destinations. Without a second flag carrier, these important objectives cannot be met.

The rules governing the allocation of new slots are currently being reviewed by the Government. Virgin Atlantic warns that the new take-off and landing slots must be allocated in a way that enables the development of a second flag carrier with the necessary scale to compete effectively with IAG. Ministers are being urged to grasp this once in a generation opportunity to shake up the Heathrow market so that British passengers and businesses can benefit from two flag carriers competing hard for their custom.

IAG currently dominates Heathrow Airport, controlling more than half of the total capacity. A new report published last week found one in four passengers flying from the airport – 18.5million people – have no choice but to fly with that airline group. The report also concluded that these passengers may be paying up to 10% more in air fares as a consequence.

As things currently stand, IAG holds more than 55% of all the take-off and landing slots at Heathrow, with no other airline holding more than 5% of the remaining slots. IAG and its joint venture partners operate 77 monopoly routes, which forces customers to fly on their planes as no rival direct services exist. Virgin Atlantic intends to compete on 25 routes where there is an IAG monopoly.

Virgin Atlantic’s plans address the urgent need for strong, effective competition at the UK’s only hub airport and will reduce the cost of flying for millions of British business and leisure passengers for whom Heathrow is the gateway to the world, and enable freight forwarders, exporters and importers to also benefit from greater competition and choice.

Shai Weiss, CEO Virgin Atlantic, commented: “Never has the need for effective competition and choice at Heathrow Airport been more evident than during this summer of disruption, which has brought misery for tens thousands of travellers and impacted cargo supply chains. Britain, and those who travel and trade with it, deserve better than this. Air passengers and cargo customers need a choice and Virgin Atlantic is ready to deliver when Heathrow expands.

“Heathrow has been dominated by one airline group for far too long. The third runway is a once in a lifetime opportunity to change the status quo and create a second flag carrier. This would lower fares and give real choice to passengers, as well as giving Britain a real opportunity to boost its trade and investment links around the world. Changing the way take-off and landing slots are allocated for this unique and vital increase in capacity at the nation’s hub airport will create the right conditions for competition and innovation to thrive.”

2019 has been a year of significant growth for Virgin Atlantic which includes the announcement of three new routes from Heathrow to Tel Aviv, Mumbai and São Paulo. It also formed part of the Connect Airways consortium that recently acquired Flybe and will launch its expanded joint venture with Air France, KLM and Delta by the end of the year. The latest addition to the airline’s fleet, the Airbus A350, took to the skies this month and follows its announcement in June that it will purchase 14 A330-900neos, meaning that by 2024 Virgin Atlantic will have one of the youngest, cleanest, greenest fleets in the sky.