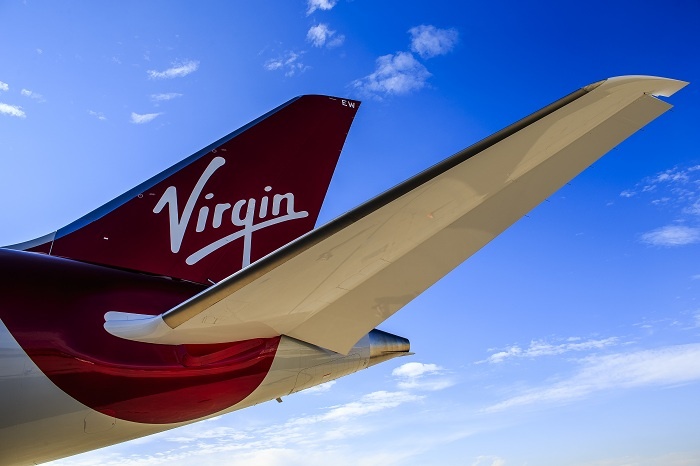 The aviation industry has taken a step toward making commercially-viable sustainable aviation fuel a reality – thanks to a world first flight by Virgin Atlantic and LanzaTech, supported by long-term partner Boeing.

The first batch of LanzaTech jet fuel was used on a commercial flight for the very first time – Virgin Atlantic’s VS16 flight from Orlando to London Gatwick, operated by a Boeing 747 aircraft. Passengers on the historic flight were welcomed by a familiar face on arrival as the airline’s founder Richard Branson marshalled the aircraft into stand.

Branson commented: “Long haul travel is more important than ever for connecting people around the world. And it’s our responsibility to ensure we’re doing that in the most sustainable way possible. Working with LanzaTech will enable us to drastically reduce our carbon emissions and at the same time, help support UK industry. That’s why we’re so excited to showcase this fuel on its first commercial flight as we plan for the world’s first full scale jet fuel plant using this amazing new technology.”

This flight follows hot on the heels of a £410,000 UK government Future Fuels for Flight and Freight grant to determine the feasibility of building a 40-50 million US gallon jet fuel plant in Britain.

LanzaTech produces next generation ‘advanced’ fuels by recycling waste industrial gases like those produced from steel making and other heavy industrial processes. LanzaTech takes these waste, carbon-rich gases to first make ethanol. The ethanol can be used for a range of low carbon products, including jet fuel. The innovative alcohol-to-jet process used to make the fuel in this flight was developed in collaboration with Pacific Northwest National Lab and the US department of energy.

Virgin Atlantic is calling on the UK government to commit to making this fuel a commercial reality in the UK.

Allowing access for new carbon capture and utilisation technologies like LanzaTech’s to incentives already given to earlier generations of ‘biofuels’ and providing critical investor support will enable first plants to be swiftly built. Without these key next steps this opportunity will no doubt be picked up elsewhere.

But with them, LanzaTech says it could have three UK plants running by 2025, producing up to 125 million gallons of sustainable fuel per year – enough to fly all Virgin Atlantic’s UK outbound flights (as a 50:50 mix) while bringing multiple benefits to the UK.

Jennifer Holmgren, chief executive at LanzaTech, commented: “Today, with our carbon smart partner, Virgin Atlantic, we have shown that recycling waste carbon emissions into jet fuel is not impossible, that waste carbon needs to be thought as an opportunity not a liability, that carbon can be reused over and over again.

“We thank all our partners and governments on both sides of the Atlantic for their support. Together we can create the carbon future we need.”