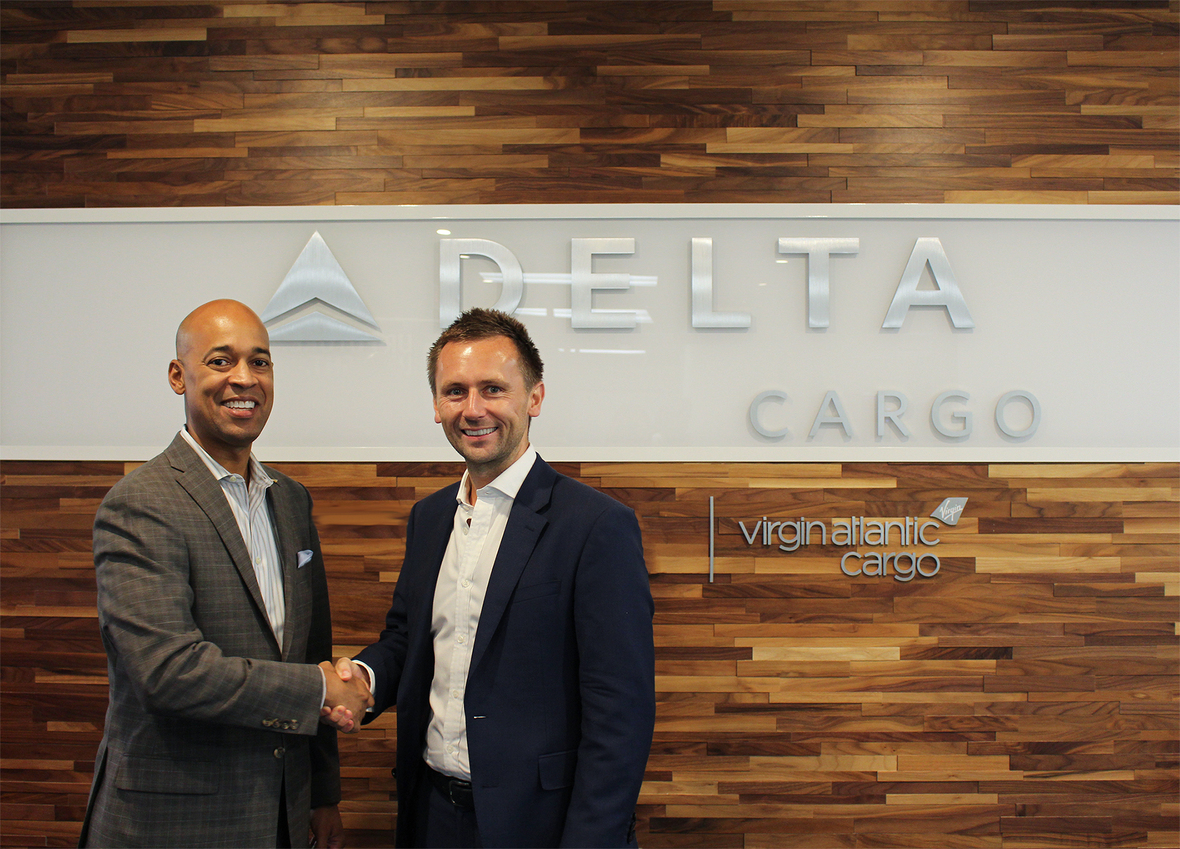 Virgin Atlantic and Delta Air Lines are boosting flights between the U.K. and U.S. from next summer, in a move which sees Delta join Virgin Atlantic at Gatwick Airport for the first time together and promises cargo customers their best-ever choice of trans-Atlantic capacity, routes and frequencies.

Growth at Gatwick
Gatwick will become Delta’s seventh trans-Atlantic destination served nonstop from Boston when flights begin on May, 22 2020. One day before, Virgin Atlantic will launch a daily flight to New York-JFK from Gatwick. Together, the airlines will offer up to four daily flights to three U.S. cities next summer.

Delta’s return to Gatwick will mark the first time the airlines have both served the airport since their partnership began in 2014. Customers shipping cargo to the U.K. from the northeast United States will benefit from a choice of up to 18 daily flights between Boston and New York and two London airports, plus Manchester, Edinburgh and Glasgow.

Virgin Atlantic’s Heathrow-JFK flights will also be the first route served by the airline’s new Airbus A350 from September 2019, which will offer a further cargo capacity boost.

Virgin Atlantic is also set to increase flights to important west coast hubs, as it ups frequencies from Heathrow to Seattle from seven to 11 per week. Los Angeles will also see services rise from 14 to 17 flights per week, with up to three services per day operating in the busy summer months and will be the second route to be operated by the A350 next year.

More for Manchester
Delta will return to Manchester, with a new peak-summer service to Boston effective May 21, 2020, taking over Virgin Atlantic’s current operation. Flights will increase from the current three per week to a daily service.

Manchester will become the eighth trans-Atlantic destination served nonstop by Delta from Boston, while flights to Atlanta, New York-JFK, Las Vegas, Los Angeles and Orlando will continue to be operated by Virgin Atlantic. Together, the airlines will offer a schedule of up to six daily flights to Manchester from six U.S. cities next summer.

Dominic Kennedy, Managing Director, Cargo at Virgin Atlantic, said: “This is great news for the cargo customers of both airlines and will significantly increase the choice they have to ship goods between the U.K. and U.S. As we continue to build a platform for long-term growth, our summer 2020 schedule represents another strengthening of our joint venture with Delta Cargo and will help to reinforce our position as a carrier of choice on the highly-competitive trans-Atlantic market.”

Shawn Cole, Delta Air Lines’ Vice President-Cargo, commented: “We’re excited to be sharing this expansion with our joint venture partner, Virgin Atlantic, and to be returning to London Gatwick as well as Manchester, and growing our international network from Boston. Our new services from Heathrow will also be supported by the opening later this year of our new joint cargo terminal, which will ultimately double our cargo handling capacity at the airport and ensure we continue to meet our customers’ service expectations.”