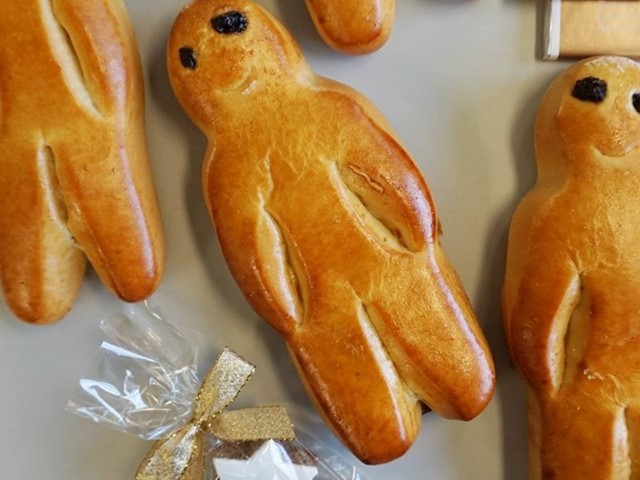 SWISS will be serving selected specialities on board in December to get its inflight guests into a seasonally festive mood. The airline will also be offering traditional yuletide food over the Christmas holidays on both long-haul and short-haul services. And SWISS will again be operating its special flight to wintry Lapland to provide some truly magical moments for young Swiss families.

This year, too, Swiss International Air Lines (SWISS) will be delighting its inflight guests with traditional Advent and Christmas specialities from the beginning of December onwards. The Airline of Switzerland is replacing its regular afternoon Economy Class snack on European services, for instance, with Swiss Christmas cookies and mandarins. And on St. Nicholas’s Day – 6 December – Economy Class guests will enjoy the traditional “Grittibänz” bread man and special SWISS gingerbread creations on selected European flights. For First Class customers on long-haul services, it’s a gingerbread Santa’s head from top confectioner Sprüngli that is the SWISS Advent treat.

Christmas menus, too
SWISS will also be offering its customers on long-haul services from Switzerland special Christmas menus on board from 18 December to the end of the year. The choice of First Class meals will include an essence of duck with open ravioli and pumpkin as a starter, followed by a dry-aged Angus beef Filet Wellington with a Perigord truffle sauce and a dessert of a surprise chocolate ball with vanilla ice cream. Long-haul Business Class travellers from Switzerland will be offered a pulled duck salad with plum and marinated chicory, a corn-fed chicken breast with truffle sauce and an apple crumble cheesecake with cinnamon mousse and mulled wine gelée. The First and Business Class seasonal fare is rounded off with an Etter Christmas plum liqueur and – in SWISS First – Sprüngli Christmas pralines and Sirocco winter tea. Long-haul Economy Class travellers from Switzerland will enjoy a seasonal barley pumpkin salad followed by grilled chicken breast with jus, chestnut-potato mash and red cabbage and a dessert of cinnamon mousse with roast apple compote.

Magical winter “LXmas” flight for young Swiss families
SWISS will also be operating its special “LXmas” flight this Advent for the third year in a row. On the weekend of 14-15 December a SWISS Airbus A320 will fly from Zurich to Kuusamo in Finland to enable some 120 Swiss people of all generations to experience the magical winter landscapes and enjoy a full programme of seasonal surprises and delights. And once again, families of the Sternschnuppe foundation will be among the invitees.