The ground handling expertise of Worldwide Flight Services (WFS) will once again help to ensure the safety and security of ground operations at the world’s largest aerospace event, the 52nd International Paris Air Show from 19 to 25 June 2017.

WFS has been the official ground handling partner of the Air Show at the Le Bourget Parc des Expositions since 2001. This year it will be responsible for managing the arrivals and departures of over 130 aircraft in the static display at the show as well as the ground operations for aircraft participating in the daily air display. This includes Airbus A380, A400M, A321neo and A350-1000, Boeing 737 MAX 9, the new Embraer KC 190 and E195-E2, and Antonov’s An-132-D.

WFS will provide ramp assistance for all the constructors and exhibitors at the week-long event, which showcases the latest aircraft, helicopters and product offerings from the global aerospace industry. This will include marshalling, pushback, aircraft parking, servicing, inside and outside aircraft cleaning, technical assistance, electric wiring, flow control and aircraft safety. WFS will locate 110 pieces of ground services equipment at Le Bourget to carry out its broad range of responsibilities as well as a dedicated project team of 150 WFS personnel with unique expertise in airshow operations. The team was established specifically to support the event and is led by Frederic Alias, Le Bourget Project Manager.

John Batten, EVP Cargo Europe Middle East & Asia and acting EVP Europe Ground Handling at WFS, said: “We are extremely proud to be using our ground handling expertise in support of the International Paris Air Show. This is the world’s premier aerospace event and it requires the utmost ground handling precision, safety and security due to the intense number of aircraft movements in the build-up to the show and on each day of the event. Le Bourget gives us the perfect opportunity to showcase the level of service we now provide for over 300 airlines customers at 198 major airports in 21 countries on five continents.” 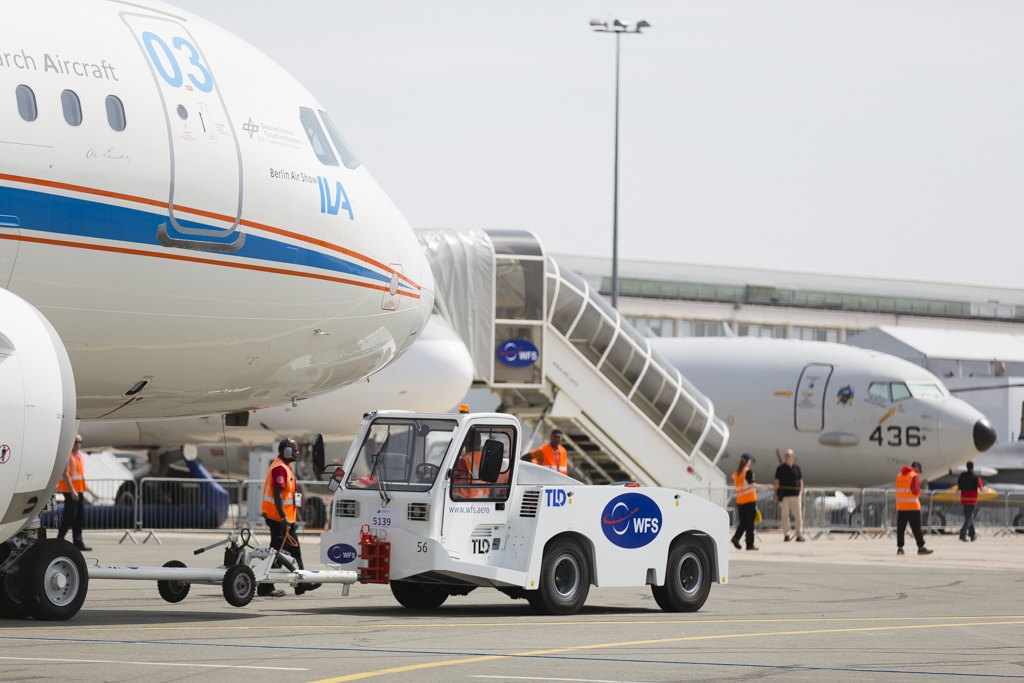