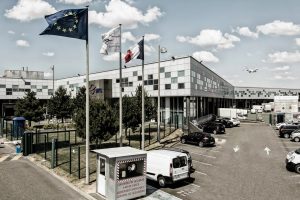 Worldwide Flight Services (WFS) has reinforced its position as the largest independent cargo handler in France by winning new contracts with Rossiya/Aeroflot, Air India and Icelandair.

The contracts cover cargo handling at Paris CDG as well as at WFS’ other airport locations across France. WFS commenced operations for Air India and Icelandair on 1 August 2016 and they will be joined by Rossiya/Aeroflot on 1 October.

WFS is the preferred cargo handling partner of over 180 airlines in France, including 100 online customers.

John Batten, Chief Executive Officer, Europe, at WFS, said: “The decision of these three airlines to award contracts to WFS in France is testimony not only to the size of our operation but, more importantly, the quality of service our teams across the country consistently deliver for our customers.”

Founded in 1971, WFS is the world’s largest cargo handler, handling over four million tonnes of cargo per annum for some 300 airline customers. It is present at over 145 major airports in 22 countries.