Düsseldorf airport has further extended the use of their departure manager. After seven successful years using the departure manager in Düsseldorf’s A-CDM implementation, the airport company assigned their affiliate company, SITA Airport IT GmbH, to procure the extension from ATRiCS, a member of the Frequentis Group. 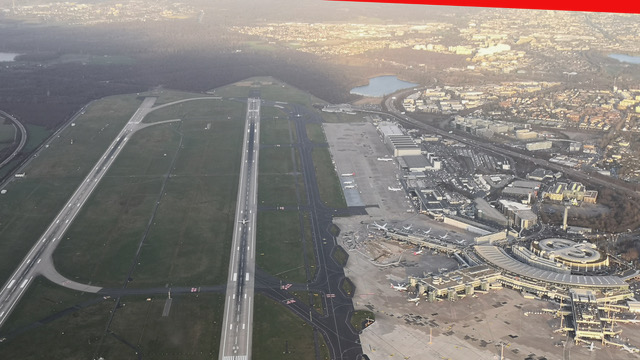 Düsseldorf Airport, the main airport of the most densely populated region in Germany, has been one of the A-CDM pioneers gaining their full compliance already in spring 2013. The airport company has been improving air traffic flow and punctuality at the airport ever since.  With the perspective of a more flexible use of the Northern runway, long-term experience with the departure management system and continued compliance with the relevant Pilot Common Project, Flughafen Düsseldorf GmbH have decided to extend their departure manager functions.

“Our departure manager has been an absolutely robust and reliable system to manage our outbound operations for many years now. We are highly impressed with the performance of the system even under adverse conditions, for example, when we use its de-icing functions to improve our winter operations. Our aim now is to make most of the additional capacity we get from our envisaged more flexible use of the Northern runway. We have reached this strategic goal with the extended functions of the departure manager,” says Thomas Hansen, Head of the Airport Control Centre at Düsseldorf.

“We are happy to see Düsseldorf Airport so satisfied with the Frequentis departure manager. Düsseldorf was the second airport to introduce it at the time and the system has known a success story ever since. With the Pilot Common Project in place we see airports in Europe deciding consistently to improve their departure operations. This confirms that we have been backing the right horse when we decided for the development of this system many years ago,” Wolfgang Hatzack, Chief Executive Officer ATRiCS.

Düsseldorf has been working with the extended DMAN functions since the start of 2021. ATRiCS, a member of the Frequentis Group, is proud to deliver this solution as a product in the Frequentis portfolio and is currently finalising new DMAN introduction projects at three other European airports.