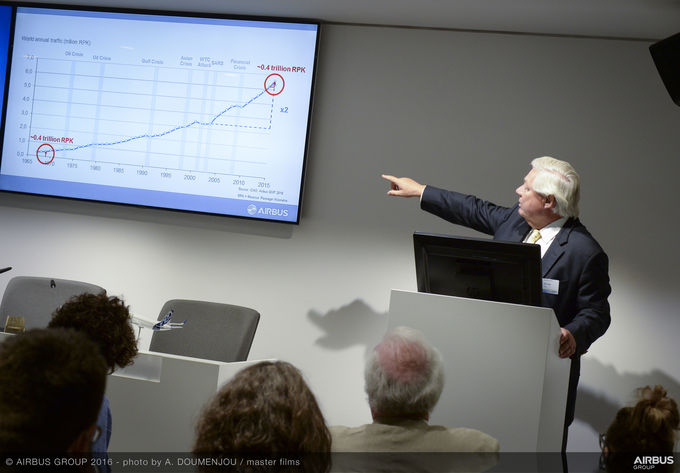 Reaffirming Airbus’ market-leading position and buoyancy of the industry

During the 2016 Farnborough Air Show, Airbus won $35 billion worth of business for a total of 279 aircraft, covering by single-aisle and widebody aircraft families. The deals comprise firm orders for 197 aircraft worth $26.3 billion and commitments for 82 aircraft worth $8.7 billion.

Sales and commitments at Farnborough of the A320 Family were strong, with business accounting for a total of 269 aircraft worth $31.3 billion. This total comprises 187 firm orders worth $22.6 billion, and commitments (eg. MoUs) for 82 aircraft worth 8.7 billion. Notably the larger A321neo model took a lion’s share of the single-aisle announcements – with firm selections from three airlines for 140 aircraft, reflecting the trend for airlines to upsize to larger single-aisle aircraft.

In the widebody segment Airbus won firm orders for 10 aircraft worth $3.4 billion comprising two A330-300s and eight A350-1000s. In addition to these new widebody orders, the show also saw the launch order from DHL Express for the A330-300 Passenger-To-Freighter conversion programme, in partnership with EFW and ST Aerospace.

John Leahy, Airbus’ Chief Operating Officer, Customers said: “Our orders this week at Farnborough confirm a buoyant industry in which we have once again surpassed our competitor. In addition, airlines upsizing to the A321neo shows that this aircraft is the undisputed ‘middle-of-the-market’ champion.”

Airbus is the world’s leading aircraft manufacturer of passenger airliners, ranging in capacity from 100 to more than 600 seats. Airbus has design and manufacturing facilities in France, Germany, the UK, and Spain, and subsidiaries in the US, China, India, Japan and in the Middle East. In addition, it provides the highest standard of customer support and training through an expanding international network.