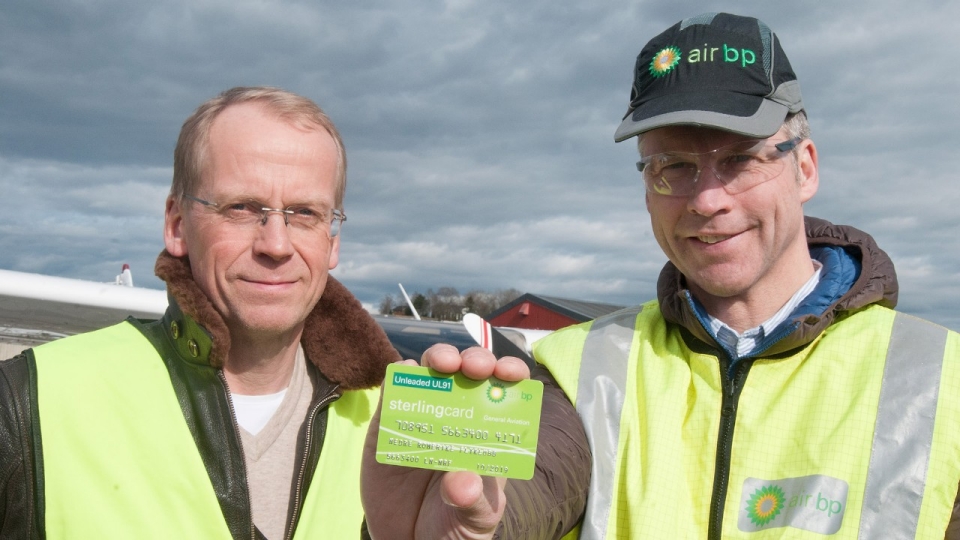 International aviation fuel products and service supplier, Air BP has improved access to, and distribution of, its UL91 product in Norway by installing a self-serve automat facility at Kjeller Airport, (ENKJ). This makes Kjeller the first airport in Scandinavia to offer three Air BP fuel grades; UL91, which is certified according to ASTM D7547, Avgas 100LL and JetA1. The facility was inaugurated by Air BP CEO, David Gilmour and Air BP customer, Helge Storflor of Nedre Romerike Flying Club, on April 20th.

Demonstrating its commitment to safety, Air BP has improved the self-serve facilities at Kjeller making them easier, safer and more efficient to use.  For customers using Air BP’s Sterling Card the automat will recognise each individual Sterling Card thereby activating delivery of the correct fuel grade and reducing the risk of incorrect fuelling.

The installation of the UL91 automat is the first step towards the development of a network of Air BP UL91 automats across Scandinavia, which will be rolled out in 2016.

Once in place Air BP anticipates that the addition of the third fuel grade, and the convenience afforded by its UL91 Sterling Card, will go some way to addressing the region’s high demand for, and interest in, using unleaded avgas. It also supports Air BP’s commitment to help the aviation industry achieve a lower carbon future.

“With the introduction of unleaded avgas at Kjeller, Air BP can meet the customers’ demands for an improved aviation fuel. UL91 is recommended by plane and engine manufacturers for its performance as well as its reputation for maintaining cleaner engines.  UL91 is both ethanol and lead-free which brings notable benefits. It can result in lower carbon emissions, and lead to better engine performance due to the absence of ethanol. We expect our customers, both airports and pilots, will respond enthusiastically to the increased availability of unleaded avgas.”