A loading system developed for the transportation of long aerospace cargoes provided the perfect solution to help load a 35-metre telescopic bridge onboard a Volga-Dnepr Airlines’ An-124-100 freighter for its delivery to Rio de Janeiro.

The flight, organised under the Ruslan International An-124 joint venture between Antonov Airlines and Volga-Dnepr Airlines, carried the 35-ton shipment to Brazil from Nanjing in China on behalf of Kuehne + Nagel.

The fifth generation ramp loading system was designed and manufactured by engineers at Volga-Dnepr. Although it has been primarily developed for aerospace cargoes, the long telescopic bridge provided the first opportunity to test the capability of the system for an actual cargo shipment.

Specialists in Volga-Dnepr’s Cargo Planning Department developed the technology in a short timescale and delivered the system to China having approved the technical aspects of the system with the shipper and consignee as well as the loading and unloading plans in China and Brazil respectively. The An-124 made two technical stops ahead of its on-time arrival in Rio de Janeiro.

The flight has subsequently enabled Volga-Dnepr’s engineers to update the operations manual for the loading equipment based on the experience gained from moving the bridge. This includes data for the time required to assemble and breakdown the equipment which will be used for the future transportation of aerospace shipments and other long cargoes. 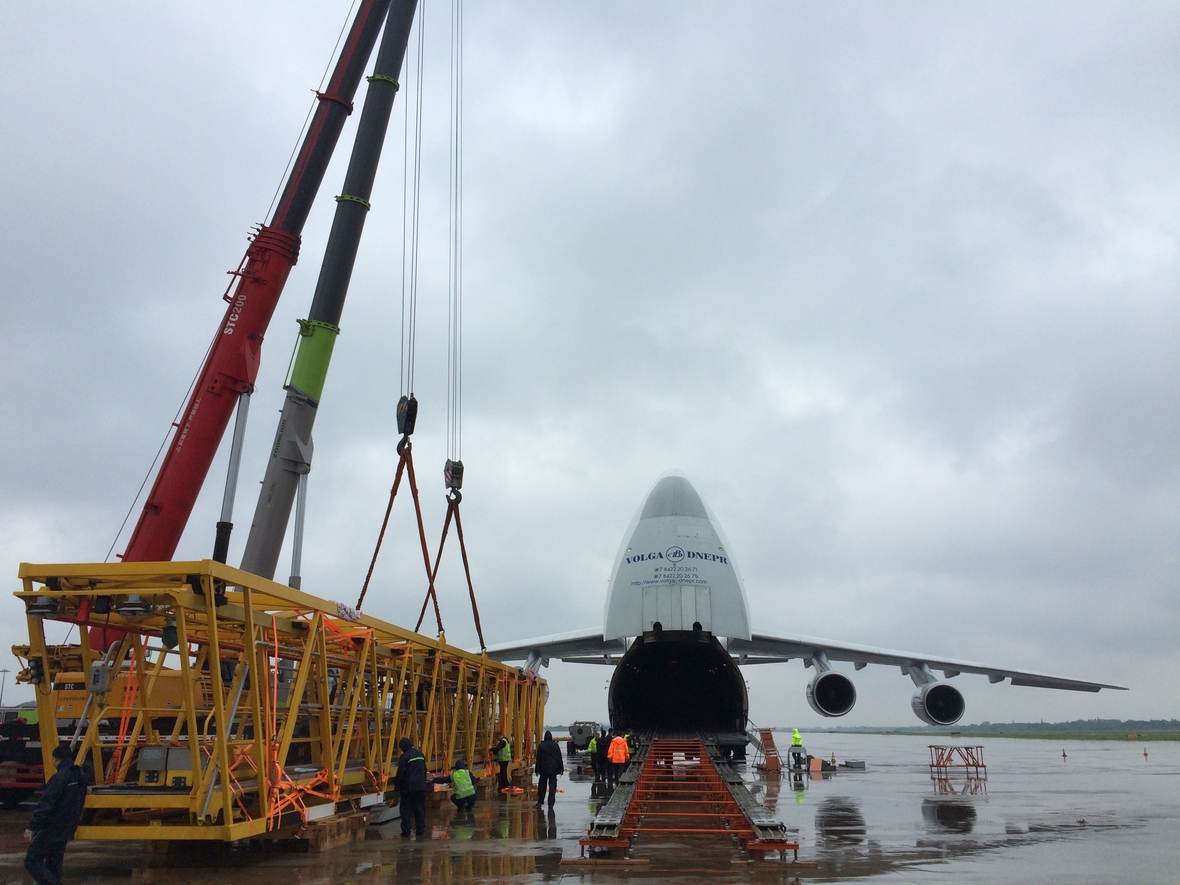