Scoot today announced the introduction of16 brand-new A321neo aircraft into its fleet. The first aircraft, named “Wings of Change”, will be delivered in the last quarter of2020 and will be used on routes within six hours (medium-haul markets). The new fleet will enable Scoot to meet its double-digit growth plan by the end of financial year2020/2021. Of the 16 aircraft, six are an upsize from Scoot’s current A320neo order from Airbus,while 10 will be leased.

The A321neos, powered by Pratt & Whitney engines, will be delivered from Airbus’ final assembly line. The single-aisle aircraft will be fitted with 236 seats, 50 more than that of the A320neo.

Scoot CEO Mr Lee Lik Hsin said, “The A321neos will inject growth possibilities to our network plans for 2020 and beyond, and it is indeed apt that we have named the first aircraft ‘Wings of Change’. Customers will be greeted by our brand-new cabin interiors, with seat products they are already familiar with. We hope the process of introducing this new fleet into our Scoot family will be as exciting for our customers as it is for us.”

With the A321neo’s enhanced sharklets, fuel-efficient engines and latest cabin innovations in the widest single-aisle cabin in the sky, there is an expected fuel cost savings of 12% as compared to the A320neos and 20% as compared to the A320ceos. On the environmental front, there is an expected 50% reduction in noise footprint and nitrogen oxide emissions as well as a reduction of 5,000 tonnes less carbon dioxide per year per aircraft.

With the A321neo, Scoot will be able to operate its single aisle flights with unmatched levels of efficiency, benefitting from the highest commonality of the Airbus product range. This includes shared resources in spares, tools, similar maintenance engineering, pilots and cabin crew. 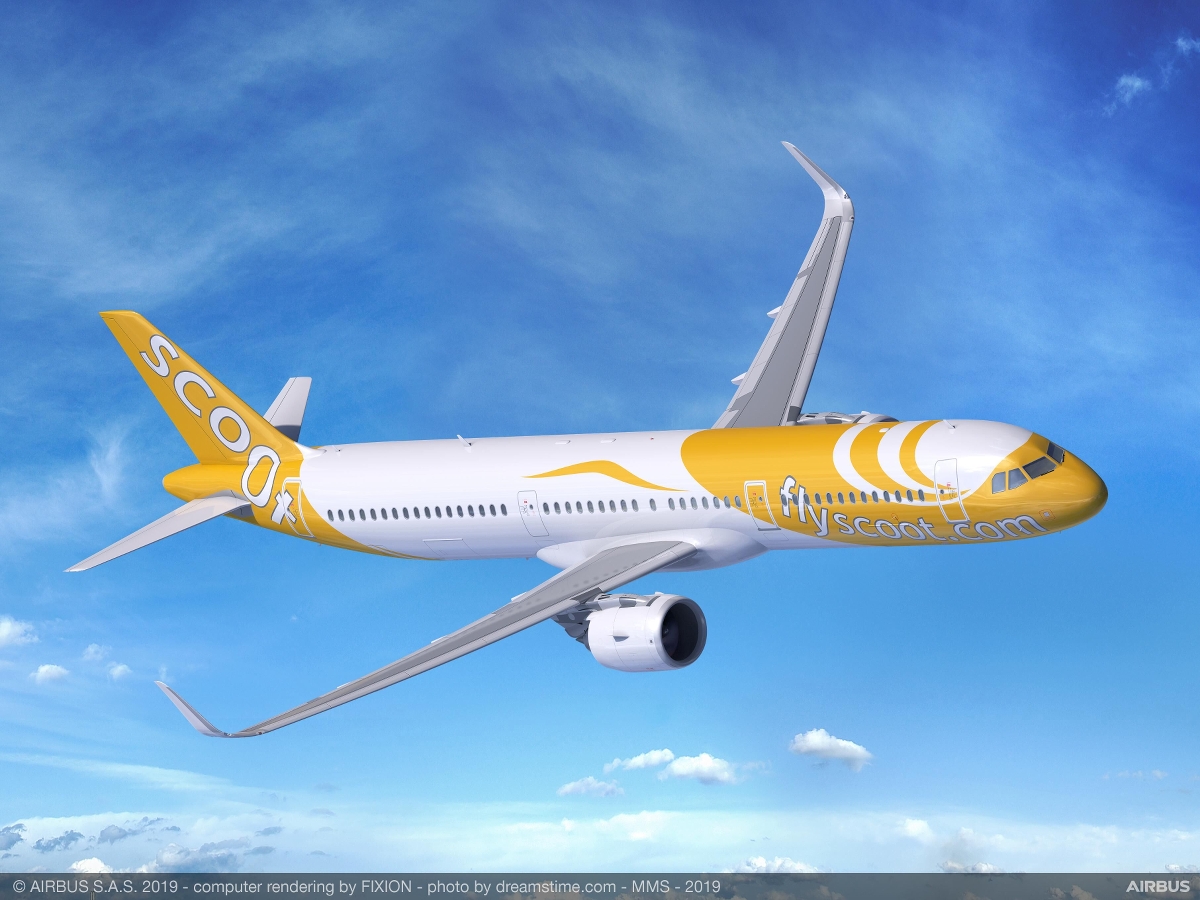