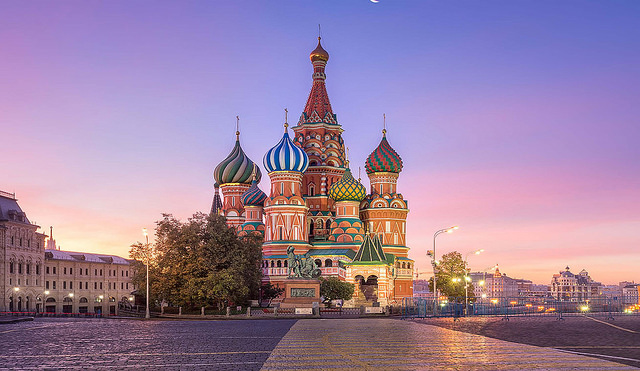 DOHA, Qatar – Qatar Airways is pleased to announce that it has added additional flights to its Moscow route, bringing the total frequency to 21 flights per week between Doha and the Russian capital. Commencing 2 August, the award-winning airline will introduce an extra daily flight on the Doha-Moscow route to meet growing demand to Moscow, a destination popular with both business and leisure travellers. The additional frequency will be served by an Airbus A320 aircraft.

Moscow is renowned for its stunning architecture and iconic historical landmarks such as the Kremlin and Red Square, a UNESCO World Heritage Site. The Russian capital is a cultural treasure trove, famous for its symphonies, classical music, theatre and ballet, offering visitors a vast array of enriching activities to choose from.

Qatar Airways Group Chief Executive, His Excellency Mr. Akbar Al Baker said: “In celebration of going to Moscow together for 14 years, and as part of Qatar Airways’ ongoing efforts to expand our presence in Eastern Europe, we are very pleased to offer an additional frequency to this iconic city. Passengers from the Russian capital will have even more flexibility in travelling seamlessly through our Doha Hub, Hamad International Airport, to any of our destinations across our growing network, while travellers from all over the world will now have the opportunity to taste the delights of the Russian capital, as well as experience our renowned world-class service.”

The airline, which in August will celebrate 14 years of direct service to Moscow, first began flying to the Russian capital in 2003. The launch of the additional frequency to Moscow comes at a time when Qatar Airways is expediting its expansion plans in Eastern Europe, with service to Skopje, Republic of Macedonia; and Prague, Czech Republic  set to commence by the end of August.

The additional frequency will be served by an Airbus A320 aircraft, featuring 12 seats in Business Class and 132 seats in Economy Class. The aircraft offers individual seatback television screens providing all passengers with the next-generation, interactive on board entertainment system, Oryx One, featuring a choice of more than 3000 entertainment options.

The 2017 Airline of the Year, as awarded by Skytrax, has a host of exciting new destinations planned for the remainder of this year and 2018 including; Canberra, Australia; Chiang Mai, Thailand; Rio de Janeiro, Brazil; San Francisco, U.S.; and Santiago, Chile, to name a few. A total of 25 new destination launches will take place throughout 2017-2018.

Qatar Airways has received a number of accolades this year, including Airline of the Year by the prestigious 2017 Skytrax World Airline Awards, which was held at the Paris Air Show. This is the fourth time that Qatar Airways has been given this global recognition as the world’s best airline. In addition to being voted Best Airline by travellers from around the world, Qatar’s national carrier also won a raft of other major awards at the ceremony, including Best Airline in the Middle East, World’s Best Business Class and World’s Best First Class Airline Lounge.