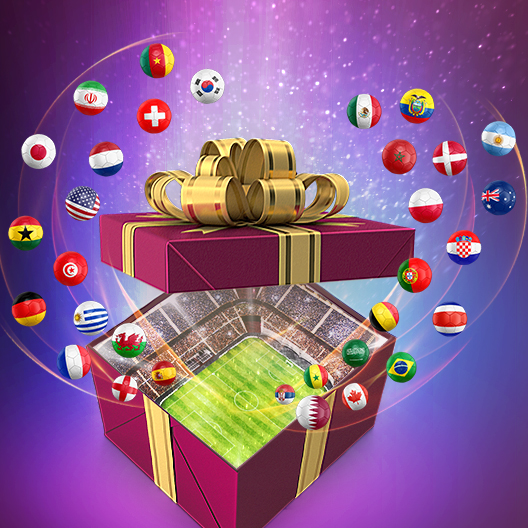 With one month to go until the world’s greatest show, fans can now gift their family and friends an all-inclusive FIFA World Cup Qatar 2022™ travel package

DOHA, Qatar – Celebrate this upcoming holiday season by giving your family and friends the gift of a lifetime with FIFA World Cup Qatar 2022™ complete travel packages exclusively from Qatar Airways, the World’s Best Airline. The all-inclusive packages will set fans on a seamless journey to experience the first ever FIFA World Cup™ in the Middle East this holiday season.

Fans must head to qatarairways.com/FIFA2022 and select one of the travel packages options available, all of which include guaranteed official match tickets, round-trip flights with Qatar Airways and various accommodation options. The fan travel packages are customisable based on budget, with the flexibility to stay at different accommodation options.

Qatar Airways Group Chief Executive, His Excellency Mr. Akbar Al Baker, said: “We are excited to welcome fans from all across the globe to Qatar. With one month to go until the FIFA World Cup 2022™, and as the World’s Best Airline, we want to offer football fans the gift of being here in Qatar to witness the greatest show on earth later this year. The fan travel packages give a whole new meaning to the act of giving. This extraordinary gift will open doors to experience memories that will last a lifetime with your loved ones.”

The tournament will be held across eight world-class stadiums designed to invoke the symbols of Arabian culture. The Al Bayt Stadium will host the Opening Match with a capacity of 60,000 seats, while Lusail Stadium is set to host the Final Match of the tournament, with a capacity of 80,000 seats. The remaining stadiums, which include Ahmad Bin Ali Stadium, Al Janoub Stadium, Khalifa International Stadium, Education City Stadium, Stadium 974 and Al Thumama Stadium, will house 40,000 spectators.

In its goal to bring communities together through sport, the World’s Best Airline has an extensive global sports partnership portfolio. As a FIFA sponsor and Official Airline Partner since 2017, Qatar Airways also has football partnerships around the globe, including Concacaf, Conmebol, Paris Saint-Germain and FC Bayern München. Qatar Airways is also the official airline of The Ironman and Ironman 70.3 Triathlon Series, GKA Kite World Tour and has sponsorships across equestrianism, padel, rugby, squash, and tennis.

A multiple award-winning airline, Qatar Airways was recently announced as the ‘Airline of the Year’ at the 2022 World Airline Awards, managed by the international air transport rating organisation, Skytrax.  The airline continues to be synonymous with excellence having won the main prize for an unprecedented seventh time (2011, 2012, 2015, 2017, 2019, 2021 and 2022), while also being named ‘World’s Best Business Class’, ‘World’s Best Business Class Lounge Dining’ and ‘Best Airline in the Middle East’.

A multiple award-winning airline, Qatar Airways was recently announced as the ‘Airline of the Year’ at the 2022 World Airline Awards, managed by the international air transport rating organisation, Skytrax.  The airline continues to be synonymous with excellence having won the main prize for an unprecedented seventh time (2011, 2012, 2015, 2017, 2019, 2021 and 2022), while also being named ‘World’s Best Business Class’, ‘World’s Best Business Class Lounge Dining’ and ‘Best Airline in the Middle East’.