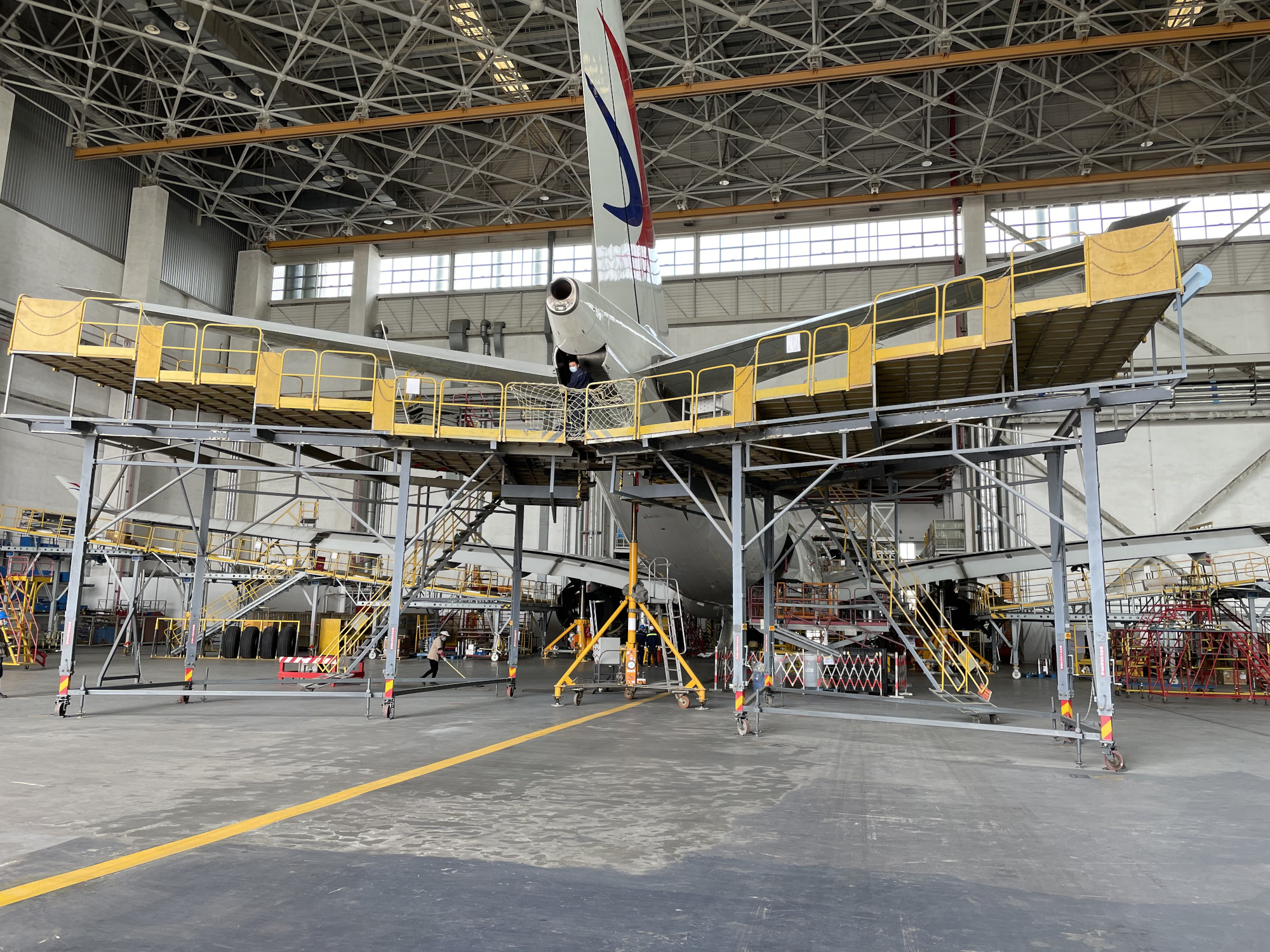 It consists of a main working platform and an APU platform. The working area includes a rear passenger door, an APU, and a horizontal tail. 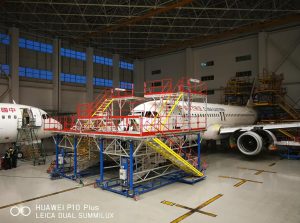 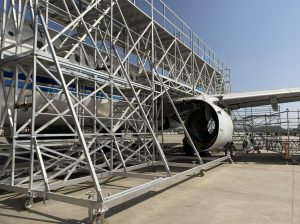 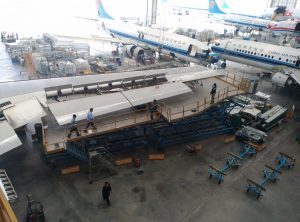 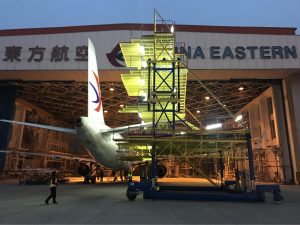 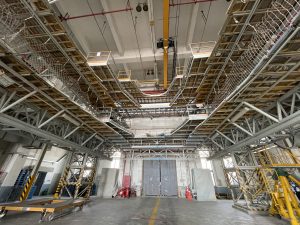 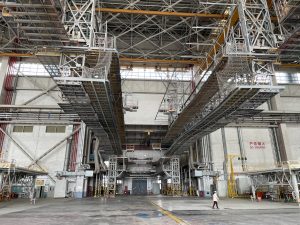 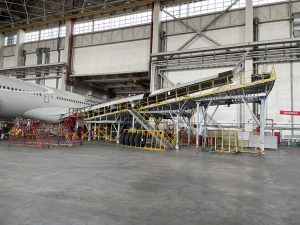 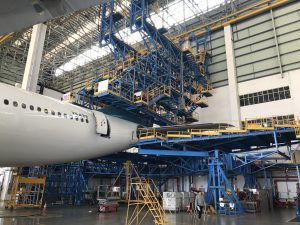 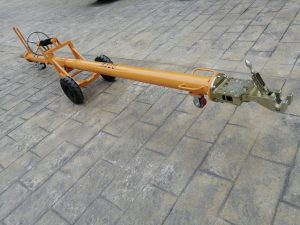