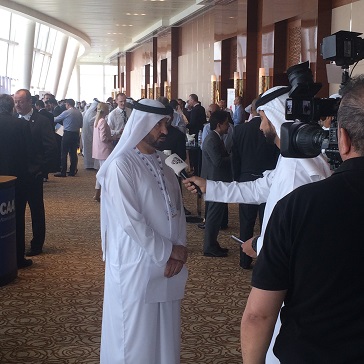 Khaled Al Arif, Executive Director Aviation Safety and Environment at DCAA, welcomed delegates this morning, saying: “In its fifth edition with participation increasing every year, it is clear that the industry is looking to further its knowledge and ensure a safe and successful future for air travel.”

Delegates and attendees of the fifth annual World Aviation Safety Summit (WASS) discussed today that aviation safety should not be threatened by commercial or political interference, such as the recent US and UK electronics bans that have caused controversy throughout the sector.
The US and UK electronics bans implemented last month mean that passengers on certain flights outbound from the Gulf region are required to stow electrical devices larger than a smartphone in checked-in luggage. This has raised concerns over the fire hazards posed by Lithium-Ion batteries, with International Air Transport Association (IATA) Director General, Alexandre de Juniac, stating that US and UK authorities should work to maintain security without such measures being put into effect. 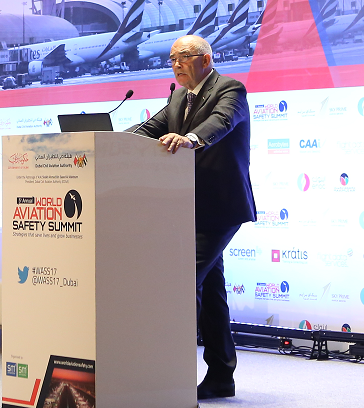 Speaking during the opening ceremony, WASS Chairman and prominent aviation analyst, Alan Peaford, spoke of the need to maintain safety above other interests, calling for consistency in analysis and applications of intelligence material.

Another theme throughout the Summit’s panel talks and keynote speeches was the discrepancy between reality and perception of aviation safety. While flying remains the safest means of long-distance travel, high-profile incidents and other threats have affected perceptions.

Alan Peaford went on to highlight a recent survey by Ascend, in which 47% of respondents felt that flight safety has either deteriorated or remained the same, despite the fact that aviation safety has improved five-fold globally over the past decade.

IATA figures identified that there were 10 fatal accidents in 2016, representing improvements to aviation safety and security across the board. The overall accident rate reduced from 1.79 per million in 2015 to 1.61 last year.

Among a series of other topics, the Summit will go on tomorrow to discuss regulation requirements for private drone use, safety management systems and international best practices for wildlife management protocols.

If you work for an Airline, Airport or CAA and you’re interested in attending Day 2 of the Summit the registration desks open at 8:30am, Please bring a business card with you to obtain a delegate pass non-industry entry fee is $300. 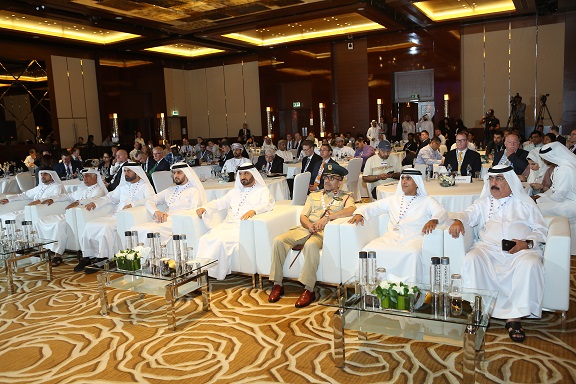