Dubai Airshow 2019 is proving to be a bumper year for armed forces purchase and maintenance deals, with the UAE Ministry of Defence among those unveiling major contracts at the show.

It comes as the UAE set out to establish itself as a major player in the advanced technology and defence field, with EDGE, a group comprising 25 local entities working in five capability clusters, making its Dubai Airshow debut.

Abdulhakeem AlMuflahi, CEO of EDGE member AMMROC said Dubai Airshow was the ideal place for the company to make its high profile debut, explaining: “Customers trust confident, large presence organisations. Our customers won’t rely on a mom and pop shop, so as far as we are concerned, being under a large organisation helps us to establish the quality expected from a large organisation, helps us when compared to others who are servicing the military domain.”

Indeed, it was Halcon, which is now operating under the EDGE umbrella, which scored the UAE MOD’s first big contract, securing a purchase deal for various ammunitions worth US$980million. Halcon Design Engineer, Khalifa Al Tamimi, said EDGE had immediately established itself as an iconic global player, saying: “When we are presenting under such a valuable group, that will present new opportunities for us as well. [The MOD contract] was a very good start and we hope in the future we add more contracts. We are really looking forward to that.”

Elsewhere, Lockheed Martin received a UAE MOD contract to provide F16 equipment, worth US$20.6 million. “The Dubai Airshow provided an opportunity to reaffirm our enduring commitment to this dynamic region and offered Lockheed Martin a valuable opportunity to connect and engage with our local partners, as well as to showcase our wide range of advanced technological capabilities”, said Robert S. Harward, the firm’s chief executive for the Middle East. “We actively support the UAE’s goal of becoming a leader in cutting-edge defence solutions and look forward to expanding our role in helping it embed innovative ideas while attracting local talent to the defence sector.”

The new C-390 Millennium by Brazilian aerospace conglomerate Embraer was announced at a press conference at Dubai Airshow 2019. The aircraft will be manufactured in collaboration with Boeing under a new partnership, also announced at the show, known as Boeing Embraer – Defense.

Marc Allen, President of Embraer Partnership & Group Operations, Boeing, said: “The unique relationship of the air force and Embraer over 50 years is an important part of the secret of its capability development, and we appreciate especially [Embraer’s] continued engagement as we build now this partnership between and across our companies.”

Michele van Akelijen, Managing Director of Airshow organisers Tarsus F&E LLC Middle East, said “While defence is just one part of the aerospace picture, there is no question it is an important part, and that is definitely represented in the strength of presence we are seeing here at Dubai Airshow 2019. We are delighted to see so many new working partnerships being formed and existing relationships being supported among our exhibitors and we look forward to supporting those further in the future.” 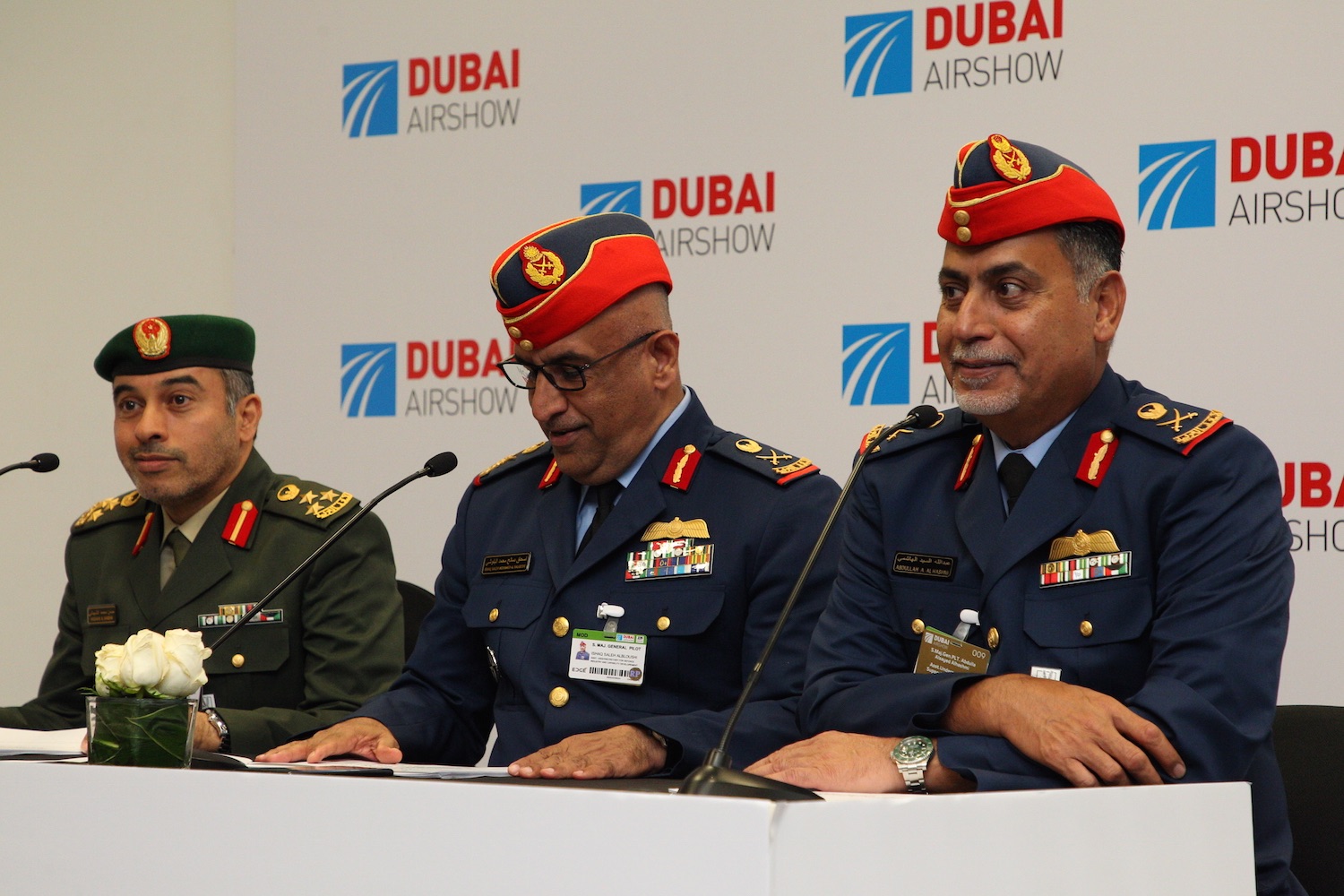