Over the past 20 years, the annual Passenger Terminal Conference has firmly established itself as the most highly regarded airport terminal conference in the world, with 1650+ conference attendees from 100+ countries.

It offers delegates the opportunity to address key issues, exchange ideas, benefit from the experiences of peers, and seek innovation and solutions.

With all this world-class expertise on offer, it’s difficult to decide which sessions to prioritise; to help, we have chosen a small selection of the brilliant sessions from our Airport Cities, Transport Connections & Regions track.

If you still don’t have your badge, book now to take advantage of a 10% discount! 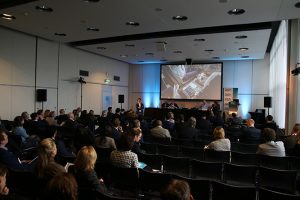 09.10: Airport urbanism: how can airports and cities grow together?

Airport urbanism (AU) is a new people-focused approach to designing airports, and to planning the urban districts that surround major airport hubs. Focusing on eight key drivers of success, AU leverages existing assets in the airport area to increase non-aeronautical revenue, improve the passenger experience and develop local communities. By revealing the desires of the people who use the airport on a regular basis – passengers, residents and employees – airport urbanism empowers us to see more clearly how airports and cities can grow together for mutual economic benefit.

The presentation will offer a summary of Heathrow’s surface access strategy for expansion, including how new rail connections will help put Heathrow at the heart of the UK transport network and how an ambitious and innovative transport plan will help deliver expansion in a sustainable way that benefits all users of the transport network. 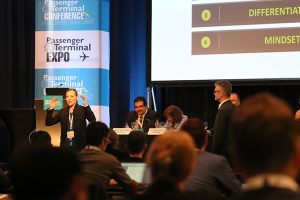 14:30 How the airports contribute to regional growth

In this seminar, a description is given of how Swedavia’s airports work with Swedish business communities and municipalities as well at the regional and national level for increased access and regional growth. The work to promote and develop the tourism industry is also described in more detail.

Airport City Stockholm was formed in 2012 and since then has developed a strategy that will strengthen the location as a hub for sustainable innovation and meetings. Airport City Stockholm has recently moved into the next phase of development with rapid growth, and has in three years increased the number of new companies and other organisations by more than 25%. So what are the future plans for this airport city, and what is needed to get there? 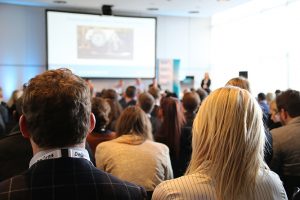 Darryl Jones, Executive Vice President/Chief Real Estate Officer, Denver International Airport, USA The presentation will provide a brief history of the two most recent airports in Denver (Stapleton and Denver International Airport) including their economic impact on the region and flight capacity. It will include a discussion on flight connectivity and the geographic advantage of DEN in the USA and internationally. It will also discuss real estate offerings outlined in the land use plan, including development and investment opportunities.

Angkasa Pura, as one of the managing airport companies in Indonesia, is transforming the process of airport planning, where the planning of the airport city begins at the early stage of masterplanning. The study case of New Yogyakarta International Airport as a greenfield project shows that Angkasa Pura is not only developing an airport city plan within the airport boundary but also developing a plan of much greater area outside of the airport boundary, which is being jointly developed with the local government (provincial government and regional government) and supported by the central government. This phenomenon indicates that the Government of the Republic of Indonesia understands that developing an airport involves not only building the airport infrastructure but also, in the case of a greenfield project, developing a new economic growth pole and even a new self-sufficient city.