Abu Dhabi based Jenaan Investment, is participating at SIAL 2016 which is being held at Abu Dhabi National Exhibition Centre (ADNEC) from 5-7 December. As an investment specialist within the agricultural value chain, Jenaan has a strategic objective to contribute positively towards the UAE’s food security, by investing in diversified types of agro-related projects, both regionally and internationally.

Food security is becoming a pressing issue especially with the arid climate present within the GCC countries, where little grows naturally without major irrigation systems which consume another scarce and valuable resource, water. Research conducted by the Economic Intelligent Unit (EIU), forecast that food imports to the GCC are expected to reach US$53.1 billion in the next four years.

For example in 2008, Saudi Arabia decreed to reduce local wheat production by 12.5% every year until 2016 having already eliminated barley production in 2003 to save water. Grain and forage cultivation place huge demands on non-renewable aquifer water. As a result Saudi Arabia imported 3.1 million tonnes of wheat in the first 10 months of 2016, according to the Saudi Grains Organization.

Over the past few years, Jenaan has witnessed a significant growth in its business and currently holds a long-term contract with the Abu Dhabi government to supply hay and fodder for husbandry farmers in Abu Dhabi. Jenaan manages its own farming operation, through various partnerships in host countries overseas, which supplement the hay and forage imported by the UAE.

“This year will be an important year for Jenaan. Despite the economic down turn we are still investing in mega projects, cultivating more land, securing more sources, to support the food security plans of the UAE, and the wider GCC,” said Mohammed Al Falasi, President, Investments & Business Group, Jenaan Investment.

Jenaan is SIAL’s largest exhibitor this year, covering 1,360 meter squares of floor space, or in more relevant terms, one third of an acre. Jenaan will be showcasing existing projects, new projects, and new ventures with new partners both locally and internationally. Jenaan’s projects are mainly based in agriculturally-enriched countries such as the United States of America, Spain, Egypt, Sudan, and Ethiopia, with a total land area of 200,000 acres to be cultivated and planted progressively, according to the specific project plans.

“SIAL provides us with an ideal platform to update, and meet all stakeholders, launch our new projects, sign new agreements, and view our achievements,” added Al Falasi.

Held under the patronage of HH Sheikh Mansour Bin Zayed Al Nahyan Deputy Prime Minister of the UAE, Minister of Presidential Affairs and Chairman of Abu Dhabi Food Control Authority, SIAL is the region’s fastest-growing professional trade exhibition for the food, beverage and hospitality industries is set to welcome a record number of visitors.

More than 900 exhibitors, over 22,000 trade visitors and buyers, and 30-plus national pavilions will make up this year’s exciting event along with 500 hosted VIP buyers. 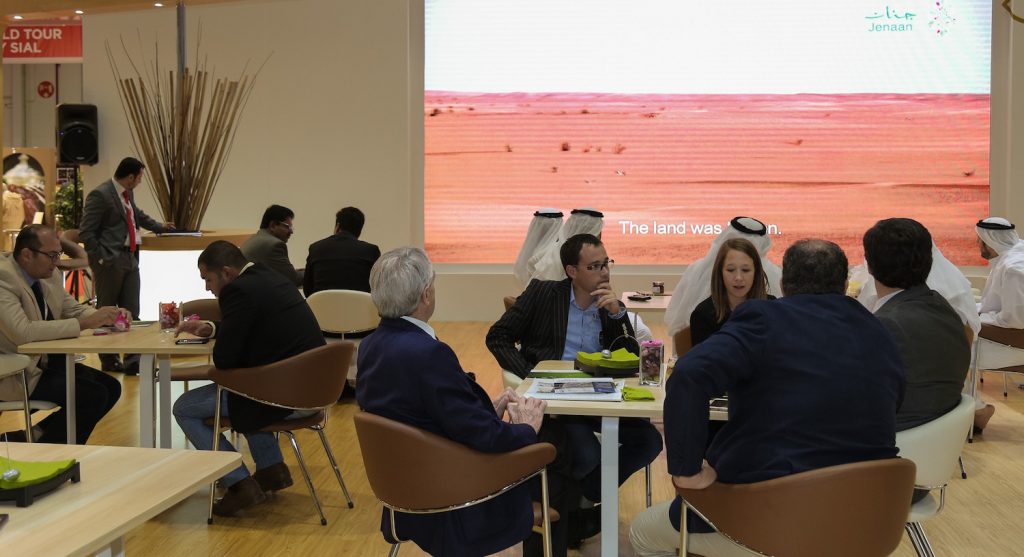