inter airport Europe 2017, the 21st International Exhibition for Airport Equipment, Technology, Design & Services will take place at the Munich Trade Fair Centre in Germany from 10 – 13 October 2017. Currently, a net exhibition space of more than 29,000m2 has been booked indoors and outdoors. The current booking status reflects the positive development in the airport industry; an industry sector which is also influenced by prevailing industry trends like digitalisation and automation.

Airport operators in demand of the latest equipment and tailor-made solutions for ground handling, terminal operations, airport IT and airport design visit inter airport Europe in Munich every two years in order to source the latest technology first hand. Visitors to the show are industry experts from airports, airlines, air cargo carriers and aviation-support. “The economic situation of the airport industry is currently experiencing a rather promising development. Due to increasing passenger traffic at airports there is a rising demand for efficient security and passenger guidance systems and cutting-edge ground support equipment”, says Nicola Hamann, Managing Director of Mack Brooks Exhibitions, the organisers of inter airport Europe. “To date some 420 exhibitors from 36 countries cover 29,100m2 of net exhibition space. As a result, eight months ahead of the show, 80% of stand space has already been booked. The most important exhibitor countries after Germany are the USA, France, Great Britain, the Netherlands, Italy, Denmark, Sweden, Spain, Switzerland and Belgium”, explains Nicola Hamann further.

A large number of airports published record passenger figures at the end of 2016. On the one hand, this huge increase in passenger numbers means that airports need to further increase their capacities. On the other hand, data exchange across the entire airport is gaining significance as well. The requirements for cutting-edge digitalisation and automation systems are greater than ever. inter airport Europe 2017 therefore focusses on this important topic as this trend offers immense business potential for the airport industry and sets new standards which will lead to increased efficiency and improved passenger experience in the future.

The show profile of inter airport Europe comprises four exhibition categories: interRAMP (ground support equipment), interTERMINAL (technical terminal installations and services), interDATA (specialised hardware and software) and interDESIGN (architecture and furnishings). The exhibition covers all areas of airport-related technology and services. Exhibitors will present solutions and ideas for the equipment of terminal buildings, the design and planning stage, the latest ground support equipment as well as airport IT systems, all in one place.

inter airport Europe 2017 will occupy halls A5, A6, B6 as well as the spacious outdoor area. The opening hours are from Tuesday, 10th October to Thursday, 12th October 2017, from 9am to 5pm and on Friday, 13th October 2017, from 9am to 3pm. The Munich Trade Fair Centre is well connected and offers a direct shuttle bus service between the exhibition centre and the international airport for the duration of the show.

Review of the 20th anniversary show of inter airport Europe

The 20th anniversary edition of inter airport Europe, International Exhibition for Airport Equipment, Technology, Design & Services, in 2015 ended with very positive results. During the four exhibition days, a total of 12,705 trade visitors from 110 countries came to the Munich Trade Fair Centre to find out about the latest trends in the airport industry and to specify innovative equipment and systems. This represented a 7% increase in visitor numbers compared to the previous show in 2013. With 676 exhibitors from 44 countries and a net floor space of 29,870m2, inter airport Europe 2015 could also increase its exhibitor numbers and floor space by 5.5% each compared to the previous event.

For companies interested in exhibiting at this year’s 21st inter airport Europe, limited stand spaces are still available in the halls as well as the outdoor area. Further information and the recent exhibitor brochure are available from the organisers Mack Brooks Exhibitions and the inter airport Europe website: www.interairport.com/europe. 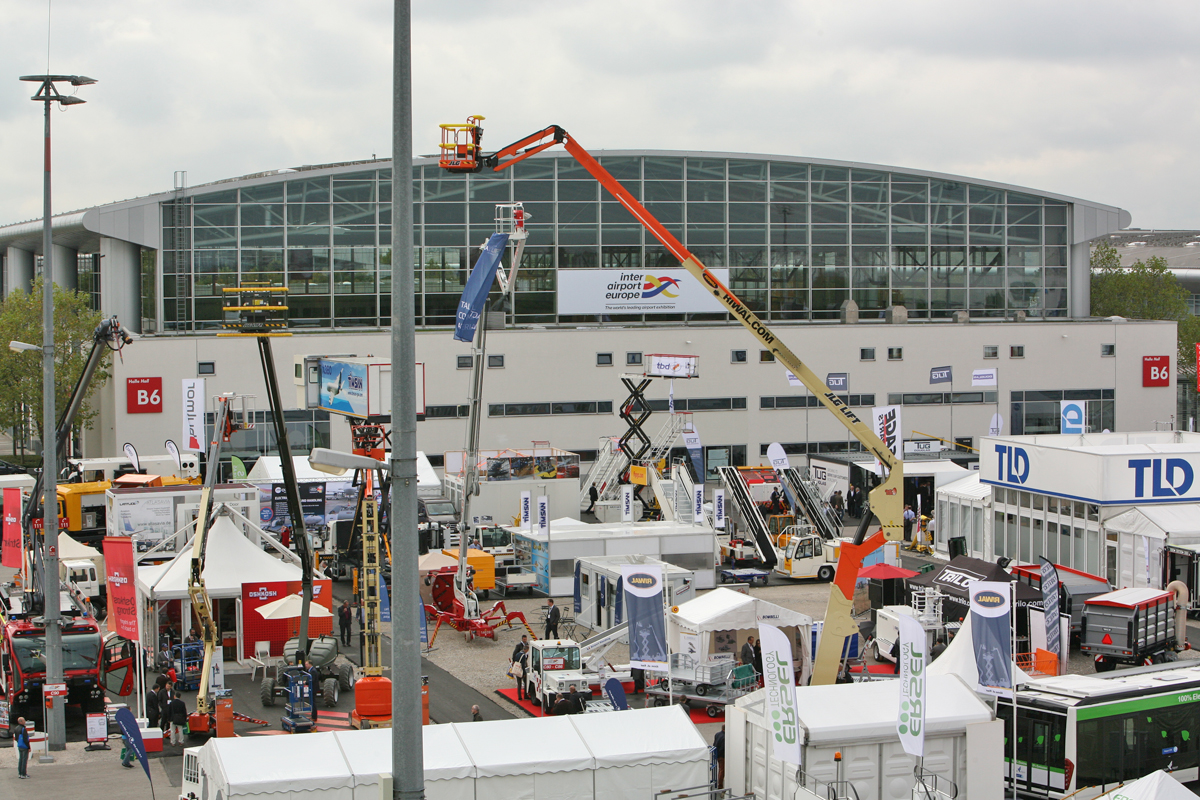