The airports of Britain and Ireland thrive on clean toilets, runways clear of snow and ice, prompt delivery of bags, and the absence of queues. The British-Irish Airports Unsung Hero Awards are for people who take pride in their work, people who care and deliver results, and do it with a smile.

Staff who deliver great results make the difference between a good and bad airport. Even the most relied-upon and caring employees are unlikely to ever receive an OBE or a Queen’s Gallantry Medal. But Unsung Heroes will no longer go unrecognised in these awards which will be presented at the free-to-attend British-Irish Airports EXPO hosted by Birmingham Airport on 7 June 2017 at the Birmingham NEC.

Nominating your Unsung Airport Hero is easy and free-of-charge
You know who your Unsung Heroes are. Nominations from the British-Irish airports community are open to any employee from c-level to cleaner. Your nominee may stand out for a specific achievement, their attitude, or devoted long-term service – anything – there no rules to being an Unsung Hero – just the need to feel the warmth of appreciation. 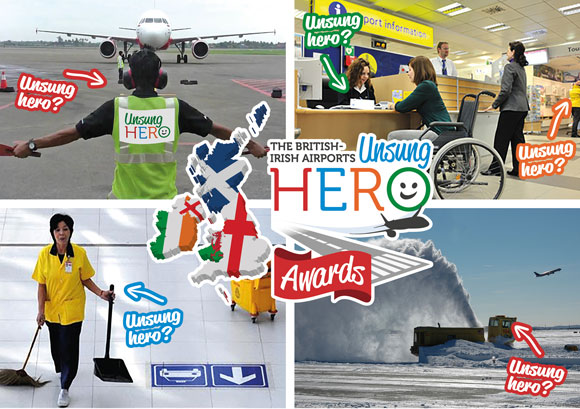 There are three categories of Unsung Hero Award:

FOR EMPLOYEES OF AIRPORT SUPPLIERS, GROUND HANDLERS, AIRLINES, CONCESSIONAIRES ETC
Anyone can nominate a candidate; tell us who you are nominating and why in 150 words using our simple online nominations form. The awards are entirely free-of-charge. Nominations close on 1st May 2017. The Champion Unsung Heroes will be selected from a shortlist in a live online poll which will be intensively promoted to the British-Irish airports community throughout May. 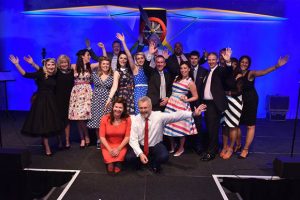 The big reveal and trophy presentations will be made at the free-to-attend British-Irish Airports EXPO Networking Party, hosted by Birmingham Airport on the evening of 7 June 2017 at the Birmingham NEC.