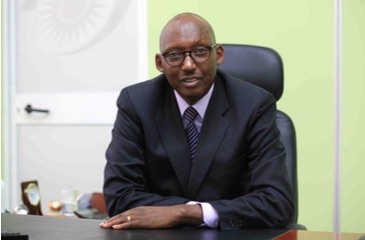 AviaDev, Africa’s only event dedicated to growing connectivity to, from and within the African continent, will take place in Cape Town in June 2018. The networking event, which is entering its third year of growth, initially took place in Kigali in 2016 and 2017.

It was announced on the 12th February that RwandAir will launch a new route from Kigali to Cape Town via Harare from May 16th and that the route will operate four times per week.

Discussions regarding the route viability were accelerated during the one-to-one meeting sessions at the AviaDev Africa event in Kigali 2017.

Jon Howell, Managing Director of AviaDev said of the new route “AviaDev Africa was set up to provide a platform for airports and airlines to market themselves to one another. For too long, African airlines have looked outside of the continent before being well connected domestically and regionally. We are delighted that AviaDev played a small part in the creation of this route and it is even more special due to the fact it connects our past and future hosts”

Intra-African connectivity is particularly underdeveloped. Analysis of OAG data conducted by AviaDev partner Maslen Aviation Consultancy shows that intra-African share of total region capacity has fallen to its lowest level in 10 years at just 43% (it was 46.6% in 2007). This compares to Europe where the proportion of intra-regional travellers is 67%, North America where it is 78% and Asia where it is 79%.

RwandAir Ag. CEO, Col. Chance Ndagano said “It was a pleasure hosting AviaDev in 2016 and 2017 and we are delighted that it has helped us deliver a new route. RwandAir is continuing to expand its operations both regionally and internationally and will continue to support the event in its drive to improve connectivity to, from and within the African continent.”

Wesgro CEO, Tim Harris said that “this was an exciting move that will help grow trade further, and assist in landing FDI from Rwanda’s growing economy into Cape Town. Improved Air Access with the continent will not only boost tourism, but also help bring more investors to our respective countries. We are extremely grateful for the confidence RwandAir has shown us and our team is ready to provide support to them so that this route maintains itself well into the future”

AviaDev will take place at the Southern Sun Cape Sun Hotel on June 12-14. In parallel, Bench Events will also run a regional AHIF briefing, which will attract the hotel investment community, who will be keen to join discussions about which African destinations will be highest priority for more aviation traffic.