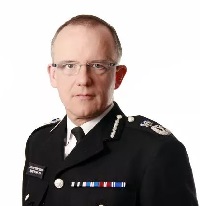 In his leadership of UK counter terror policing these past years, AC Rowley has transformed CT policing capability, through boosting preparedness, command and control doctrine, specialist counter terrorism armed policing, and increasing join-up with community policing, while furthering the already close working relationship with MI5 and other intelligence partners.

Register your free visitor pass to join security experts like Mark, as well 10,000+ other senior security professionals from around the world at the UK’s leading national security event SCTX.

His governance has undoubtedly contributed to the high levels of public confidence and the successful disruption of 23 attacks since the murder of Lee Rigby in Woolwich in 2013, ten of which were foiled since March 2017.

The critical role Security & Counter Terror Expo plays in defining responses to national security has been highlighted once again with the announcement that AC Mark Rowley will attend the exhibition.