SIAL is adding yet another gem to its crown with the new competition, which will see nine teams of five professional young chefs compete for the coveted accolade.

“We look forward to welcoming the first edition of the Alen Thong Golden Coffee Pot Young Chef Challenge at SIAL 2016,” said Thamer Al Qasemi, chairman of the organising committee of SIAL Middle East 2016. “The awards have attracted nine prestigious teams from around the world and we look forward to seeing them compete for the top title.”

Three teams will go head-to-head each day, creating a mouthwatering menu of internationally-themed dishes including a cold salad, appetizer, plated hot main course and dessert buffet for forty people. The food will be assessed by nine respected World Association of Chefs’ Societies (WACS) international culinary judges who will collaborate to appoint the winning team.

The Alen Thong Golden Coffee Pot Young Chef Challenge, organised by the Abu Dhabi chapter of the Emirates Culinary Guild in collaboration with the World Association of Chefs’ Societies, will form an important part of La Cuisine at SIAL, a popular show feature that is a top meeting place for foodservice professionals from around the world. The awards are in memory of John Alen Thong, a founding father of the Emirates Culinary Guild, who passed away in 2015. 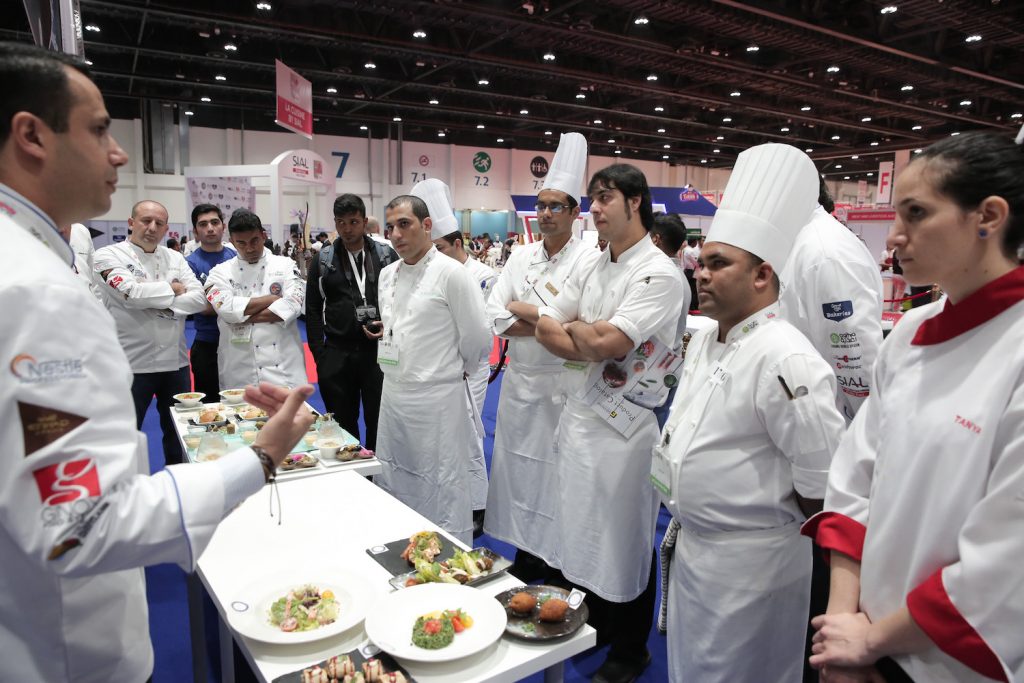