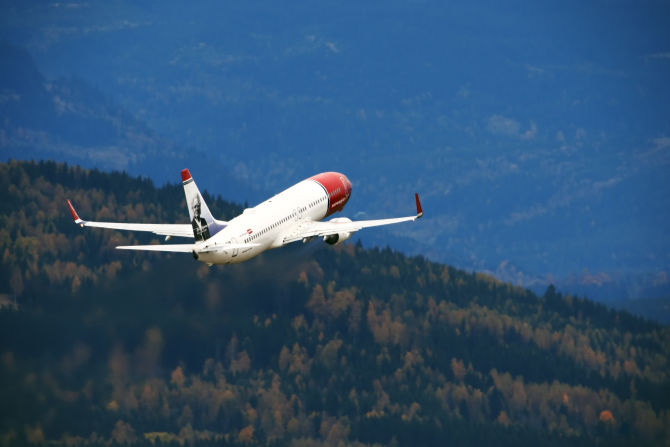 Norwegian carried 3,059,402 passengers in June, a 10 per cent increase compared to the same month last year. The total traffic growth (RPK) increased by 19 per cent this month, driven by 20 per cent capacity growth (ASK). The average load factor for June was 90 per cent with Norwegian’s long-haul aircraft seeing a load factor of 95 per cent, which is higher than June last year. Norwegian’s long-haul routes had a passenger growth of 38 per cent.

Norwegian CEO Bjørn Kjos said: “We reached several milestones this month, both in terms of passenger numbers and fleet renewal. We were also named the ‘World’s Best Low-Cost Long-Haul Airline’ for the third consecutive year and ‘Best Low-Cost Airline in Europe’ for the fifth year in a row at the Skytrax World Airline Awards. I’m very grateful that more than 200 million passengers have shown confidence in us and chosen to fly with Norwegian since we began in 2002. Over the past few years, our growth has been driven by our long-haul routes, and this will continue.”

Norwegian operated 99.2 per cent of the scheduled flights in June, of which 73.8 per cent departed on time.