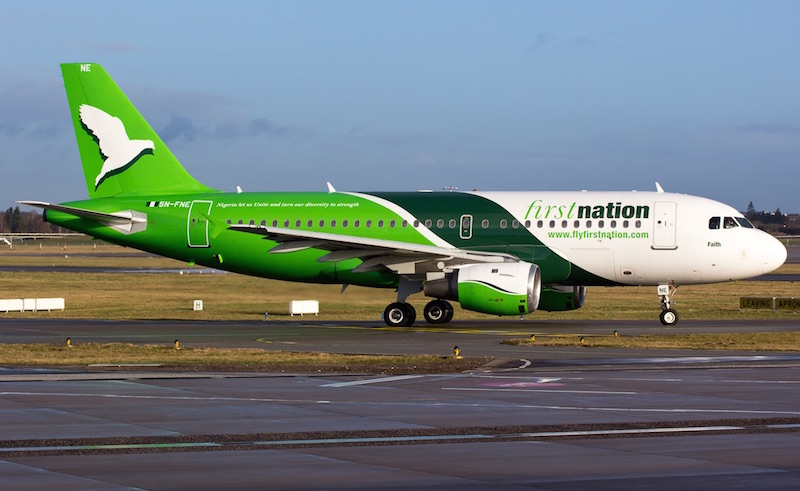 However, in a statement, the Director-General of the Nigerian Civil Aviation Authority (NgCAA), Captain Muhtar Usman, said this service interruption was caused by operational challenges rather than economic factors.

“First Nation Airlines, on its part, is in the middle of an Engine Replacement Programme for one of its aircrafts. Another aircraft is due for mandatory maintenance as allowed by the regulatory authority,” he said. “In these circumstances, these airlines clearly cannot continue to undertake schedule operations, hence the inevitable recourse to self regulatory suspension.”

First Nation Airways operates a pair of A319-100s leased from AerCap on regular shuttle flights between Lagos and Abuja. In 2012, it suspended all operations, again on account of fleet maintenance. Services only resumed with the A319s in October 2013.