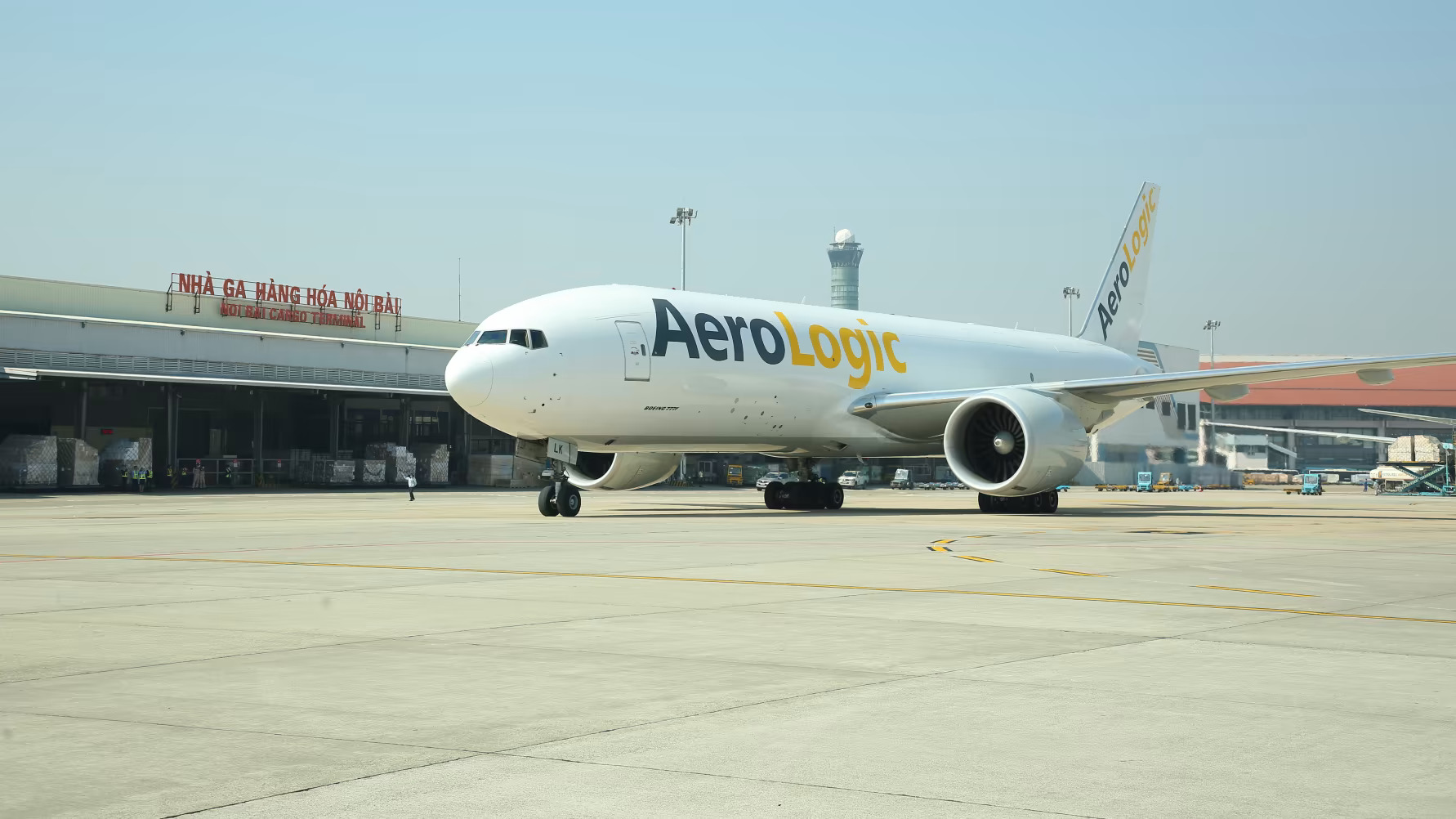 Lufthansa Cargo has added Hanoi as a new destination to its global B777F route network for the winter flight schedule 2022/2023. The inaugural flight took place on November 2 in Frankfurt. With a stop in Mumbai, the Boeing 777F reached Hanoi on schedule on November 3. Lufthansa Cargo has been flying to Hanoi twice a week since then. In view of the existing twice weekly flights to Ho Chi Minh City, the cargo airline is thus doubling its capacity to Vietnam and is the only carrier to connect the capital Hanoi with Frankfurt. The largest hub in Germany will provide customers with numerous connections by air and road feeder services within Europe and its wider global network.

On the occasion of the station opening in Hanoi today, representatives of Lufthansa Cargo management invited local media representatives and customers on site to celebrate the occasion. Both Ho Chi Minh City, the country’s largest city and economic center in the south, and the capital Hanoi in the north are characterized by remarkable economic growth in recent years. As a production center, Vietnam has gained significant importance and records an increasing high export volume, including to Europe. Accordingly, the demand for air freight transportation is high. In particular, electronics, automotive parts and clothing are among the most frequently flown goods from Hanoi. With additionalmain deck capacity to Europe, Lufthansa Cargo offers customers attractive transport solutions with its freighter connections and supports Hanoi in its further development as a cargo hub. The total of four weekly freighter flights to and from Vietnam result in a regular cargo capacity of 250 tons per week.

All freighter services to Vietnam are operated by AeroLogic with Boeing 777F aircraft. AeroLogic has been a joint venture between DHL Express and Lufthansa Cargo since 2007. Lufthansa Cargo’s long-haul fleet consists of a total of 16 Boeing 777F aircraft. Five of these aircraft are operated by AeroLogic. The flights all are flown and marketed under a Lufthansa flight number. Each aircraft has a cargo capacity up to 103 tons, allocated to 27 container positions on the main deck and ten standard pallets on the lower deck, and has a range of 9,045 km.

The Boeing 777F is one of the most modern and efficient freighters with the best environmental performance. Lufthansa Cargo, like the Lufthansa Group, aims to halve its net CO2 emissions by 2030 compared to 2019 and to achieve a neutral CO2 balance by 2050. As part of this, Lufthansa Cargo is investing in the renewal and optimization of its fleet and deploying it efficiently on routes – both fuel-efficient and partially powered by sustainable aviation fuels instead of fossil kerosene.

“With our freighter connection to Ho Chi Minh City, we have been closely connected to the Vietnamese market since 2015. With our station opening in Hanoi in the north of the country and thus in an advantageous location to the economic highway to North and Southeast Asia, we are ideally supplementing our transport offering for our customers with another direct connection to Frankfurt and thus also to our European and global network. Our network is growing with frequencies and destinations to highly demanded routes, including Hanoi, Seoul and Hong Kong. We are delighted to expanding our quality service offer to our customers by connecting economies”, highlights Ashwin Bhat, Chief Commercial Officer at Lufthansa Cargo.