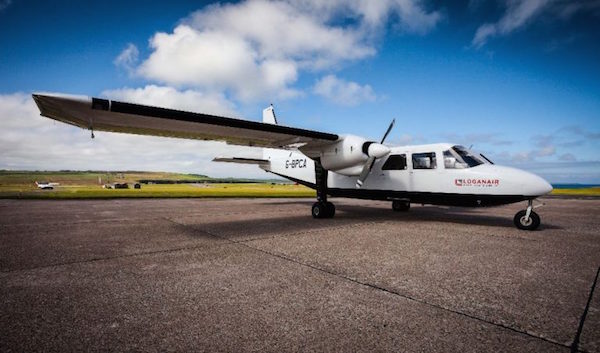 Loganair has been awarded the contract to operate the Orkney inter-isles air service for four years from April 1, securing its future as operator of the world’s shortest scheduled flight following a competitive tendering process.

The flight between Westray and Papa Westray can be as short as 47 seconds, officially qualifying it as the world’s shortest scheduled flight. The new contract will run for four years, from April 1, 2017 to March 31, 2021, with an additional option for a further 12-month extension period up until March 31, 2022.

Loganair inaugurated the Orkney inter-isles air service with Britten-Norman Islander aircraft in September 1967, and has continuously provided these vital links ever since. Events are now being planned to mark the 50thanniversary of the air service and operation of the Islander in Orkney.

Jonathan Hinkles, Loganair’s managing director said: “It’s a privilege to be selected to provide air services to the community of Orkney for another four years. The contract award is a testament to the dedication of our team of pilots, engineers and ground staff in Orkney who operate these essential air-links every day.”

“This year’s contract award is particularly special as it will take us into and beyond the 50th anniversary of our presence in Orkney. We look forward to marking the occasion later this year, and to providing Orkney’s air services for many more years to come.”

We received three bids to operate these important transport links and, against stiff competition, Loganair was awarded the contract after submitting the most economically advantageous tender.
North Isles communities have been served by Loganair for many years and now the outcome of the selection process has been decided, I’m sure the continuity of service will be welcomed by residents.”

The contract win follows the recent announcement that Loganair will end its franchise agreement with Flybe on August 2017, beginning operations separately from the carrier.