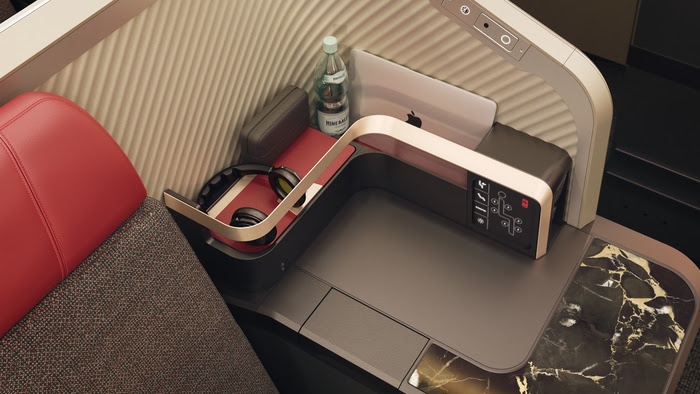 The company will revamp the interior of more than 200 aircraft over the next two years with passengers being able to fly on the first renovated aircraft before the end of 2018. LATAM will transform the cabins of aircraft that serve long and short-haul routes throughout the airlines’ network.

LATAM Airlines Peru will receive the first renovated aircraft before the end of the year, followed by LATAM Airlines Brazil at the start of 2019, offering passengers travelling via Lima and São Paulo the chance to be the first to experience the new design.

LATAM Airlines Group’s Chile affiliate will operate aircraft featuring the new cabins from the second half of 2019.

The airline will remodel the cabins on a number of differ aircraft including the Boeing 767, the Boeing 777 wide-body aircraft for long-haul flights, as well as the Boeing 787-9’s and the Airbus A350-1000.

The new cabins will feature:

LATAM Airlines will also renovate the cabins of over 150 Airbus A320 and A321 operating on domestic routes within Latin America.

LATAM Airlines has spent three years developing the design of the airlines’ new cabins by consulting passengers and experts, carrying out seat trials and ergonomic tests over the course of 360 evaluations involving customers, cabin crew and LATAM Airlines members.

To develop premium business seat, the airline simulated flights with sleep trials over a two-week period.

Claudia Sender, vice president of LATAM Airlines Group, said: “Plans to renovate LATAM Airlines’ cabins were agreed as part of our long-term vision to offer an industry leading on-board flight experience to all our passengers, including those travelling for pleasure who want to ‘travel for less’ and business travellers who want privacy and rest, and to be able to offer upgrades to those who desire one.

“On-board experience is one of the most important differentiators in choosing an airline and the most relevant factor in customer satisfaction, and so it was essential that our passengers were involved in the development process of our new cabins.

“At LATAM Airlines, we are committed to better understanding and satisfying passenger needs and we believe that our new cabins – in addition to our unrivalled network of destinations – will place LATAM Airlines as a market leader for passengers travelling to and in Latin America.”