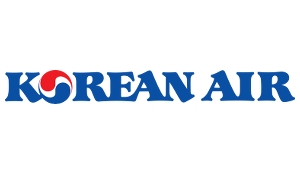 Korean Air will develop a high-performance engine for the upper stage of a small launch vehicle, as part of the Korean Ministry of Science and ICT (Information, Communication and Technology)’s “small launch vehicle development project.” 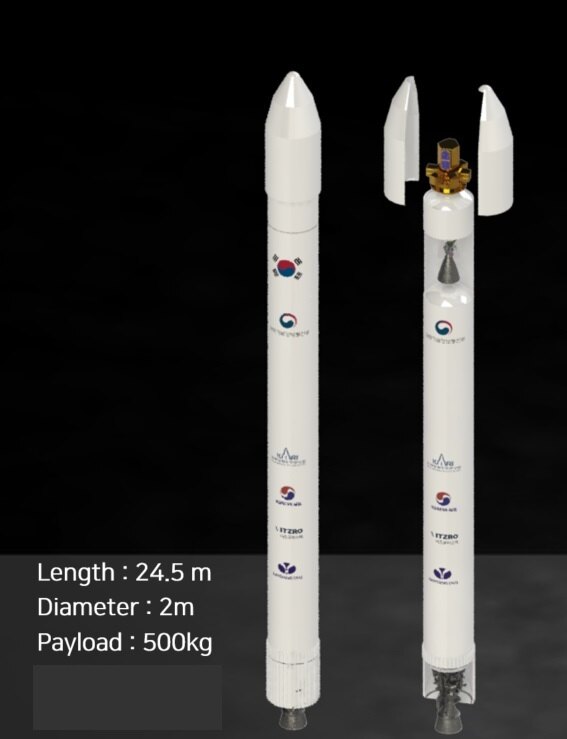 This small launch vehicle project aims to develop a two-stage-to-orbit small launch vehicle using domestic technology. The first stage of the launch vehicle will be equipped with a 75-ton engine used in Nuri, Korean Space Launch Vehicle-II (KSLV-II), and Korean Air will develop a 3-ton engine for the second stage. Private enterprises selected for this project, including Korean Air, will lead the development process from the commencement. Approximately KRW 20 billion is budgeted for the project, and the target deadline for completion is 2027.

Prototype of the second-stage launch vehicle in development 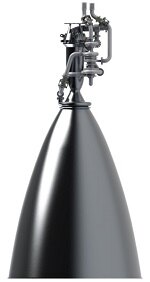 Korean Air is participating in the “Space Pioneer” project, in which the Ministry of Science and ICT is investing a total of KRW 211.5 billion by 2030 to strengthen the global competitiveness of the domestic aerospace industry. The airline is also engaged in this project, and is committed to developing common bulkhead propellant tanks for small satellite launch vehicles, a fuel supply system for launch vehicles (umbilical), and mobile launching pads. Korean Air is also actively participating in a domestic consortium led by Pusan National University in designing air launch missions and in developing an aeronautical electronics system for launch mounting.