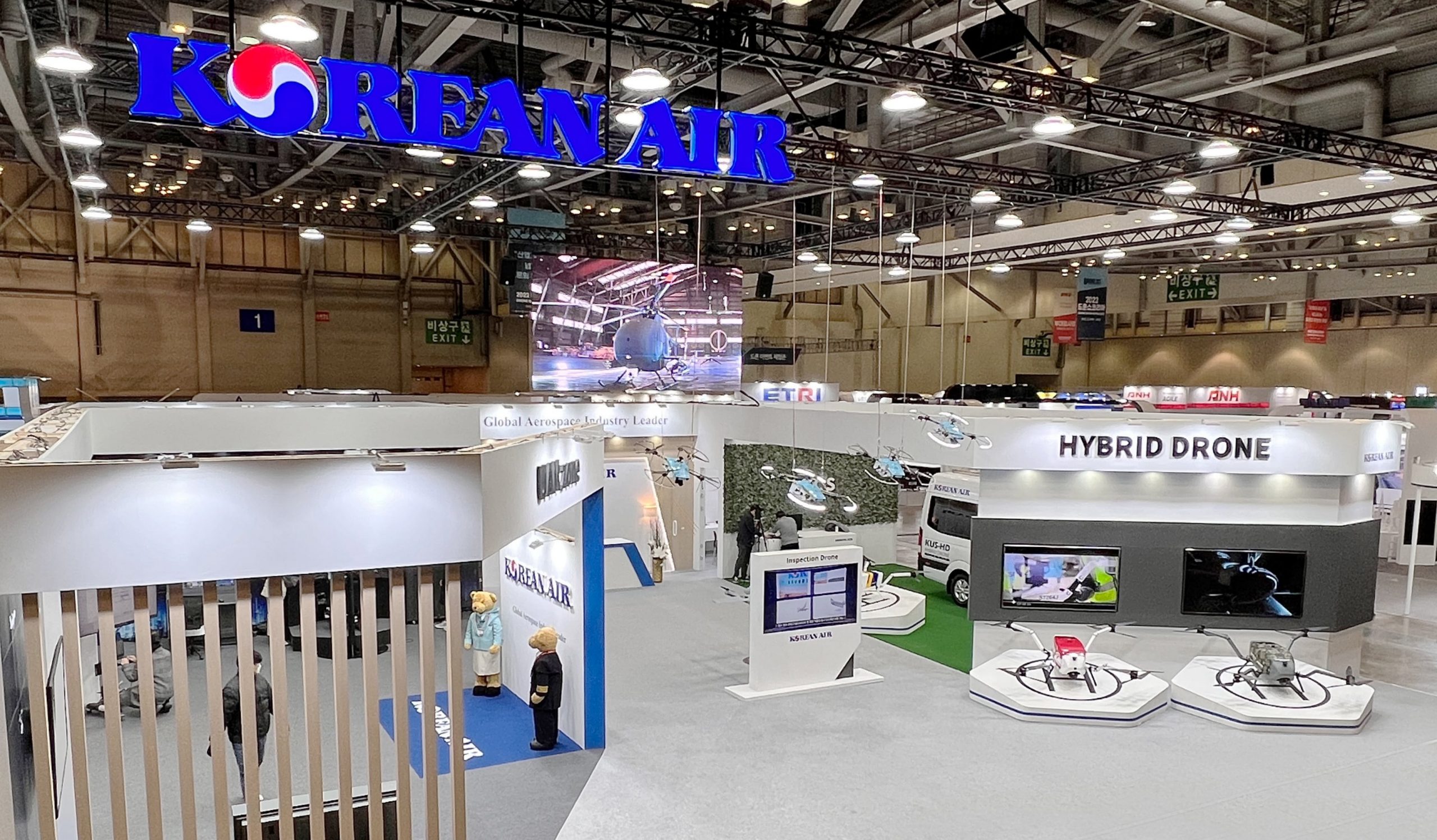 Korean Air will participate in Drone Show Korea 2022 in Busan from February 24 to 26.

Marking its sixth anniversary this year, Drone Show Korea 2022 is hosted by Busan Metropolitan City, the Ministry of Trade, Industry & Energy, the Ministry of Science and ICT, the Ministry of Land, Infrastructure and Transport, and the Ministry of National Defense.
Korean Air, as the largest corporate exhibitor, will showcase its comprehensive array of aerospace systems and present its latest initiatives at the exhibition. The airline will exhibit its innovative urban air mobility (UAM) solutions as well as medium-altitude long-endurance (MALE) UAV, vertical take-off and landing (VTOL) UAV, multi-purpose hybrid drone and inspection drone.

Korean Air will also release teaser videos of cargo drones to be developed by 2026. The cargo drone, which is based on a hybrid propulsion system, is expected to fly at a maximum speed of 150 km/h and carry a payload of 250 kg. The cargo drone boasts operational versatility through automated and remote pilot operation options. Korean Air plans to develop the aircraft and payload module separately in order to accomplish various missions such as transporting civil and military supplies, surveillance, and tactical strikes.

During the event, Korean Air will sign an agreement with Innodep on video management solutions using hybrid drones, and with Vessel Aerospace to develop tactical VTOL UAVs. Korean Air plans to continue to expand technical cooperation with related industry players to foster the domestic UAV industry.
Korean Air plans to attract demand for UAMs and drones while leading the industry with its experience and technology in UAV system integration to lead the development of a stealth unmanned combat aerial vehicle and a manned-unmanned teaming (MUM-T) UAV system known as a Loyal Wingman.

○ Hybrid Drone: A drone with a hybrid battery and combustion propulsion system developed exclusively by Korean Air, to supplement the short flight time of existing battery-powered drones. The drone is capable of 2+ hours of endurance with a maximum speed of 70 km/h, and can withstand winds of up to 16 m/s.

○ Inspection Drone: Korean Air’s aircraft inspection drones are the first in the world to deploy multiple drones simultaneously with swarm technologies. Four drones can be operated at the same time and share inspection data through the cloud, enabling users to easily check inspection results anywhere and anytime.

○ Medium-Altitude Long-Endurance (MALE) Reconnaissance UAV: Korean Air’s MALE reconnaissance UAV, equipped with high-performance electro-optical/infrared (EO/IR) and synthetic aperture radar (SAR) systems, is a strategic weapon system of the Republic of Korea Armed Forces that can conduct intelligence, surveillance and reconnaissance on key targets from altitudes above airliner cruising altitudes on domestic routes. Only four countries in the world possess this technology, and Korean Air is planning to expand it to next generation UAV systems in the future.