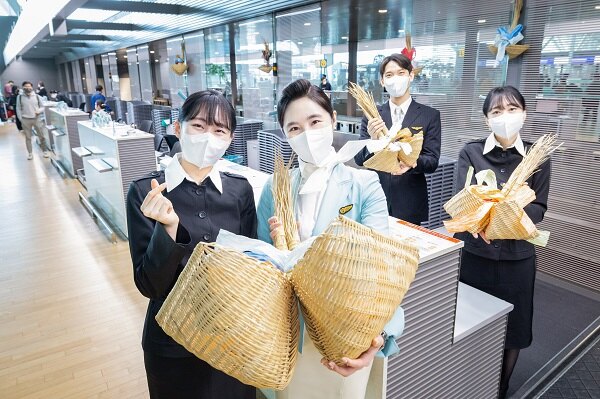 To celebrate the Lunar New Year, Korean Air will display Bokjori, a decoration of good fortune, at various company sites in Korea from January 16 to 27.

Hanging Bokjori is a traditional Korean custom to bring and share good luck and fortune for the year. Bokjori is a strainer made of woven bamboo, and was traditionally used to wash rice before cooking.

Since 2008, Korean Air has displayed Bokjoris every Lunar New Year to wish its customers good health and blessings in the new year, while preserving and promoting this Korean traditional custom.

The Bokjoris will be displayed at various locations, from the airline’s domestic airport check-in counters and lounges to its headquarters, and downtown offices.