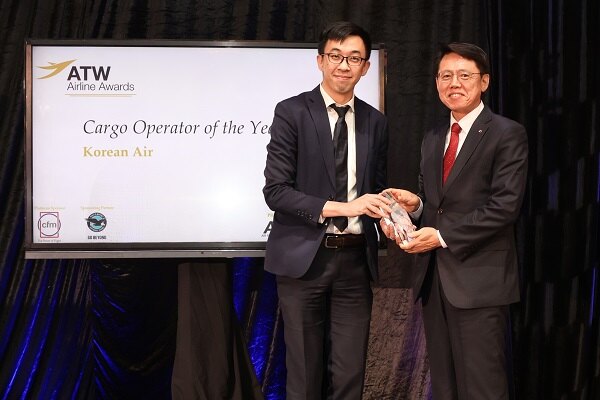 Korean Air was awarded Air Transport World’s (ATW) “2022 Cargo Operator of the Year ” at its awards ceremony in Doha, Qatar on June 21.

The airline’s continued innovation and agility, investment and application of technology and digitalization, and strong financial performance over the course of the pandemic were key points that the global panel of editors and analysts considered in making its decision.

After being recognized as ATW’s “2021 Airline of the Year”, Korean Air has once again proved its position as one of the world’s most successful airlines by being awarded an ATW award for the second consecutive year.