Due to the Covid-19 pandemic, KLM’s winter schedule will be a lot more restricted than it was in the same period last year. The timetable for the European network in November is currently around 55% of capacity in 2019.

KLM was gradually and responsibly expanding its European and intercontinental network, after the corona crisis had prompted severe restrictions on destinations and frequencies. KLM’s primary aim is to offer customers the widest range of destinations, after which we will consider increasing the number of frequencies or expanding capacity by deploying larger aircraft.

In August, KLM served almost 100% of its European network in terms of destinations, with capacity at approximately 60% compared to pre-corona levels. Effective 25 October 2020, KLM will begin operating daily flights to the Polish city of Poznan.

Intercontinentally, KLM served 80% of its destinations at 60% capacity. At present, a third of these intercontinental flights are carrying cargo only. This means seat capacity is way down. KLM will carry passengers on these flights again as soon as local travel regulations allow.

From the beginning of September, KLM will resume a twice-weekly service to the Chinese city of Hangzhou, flying via Seoul Incheon in South Korea. KLM will also operate a twice-weekly service to Cairo. Riyadh will also be added to the KLM network as a new destination (original start was September 26th, but is now scheduled for December 7th). On 29 October, KLM will also start a circle flight to add Edmonton back to the Canadian network. The flight will depart to Calgary, then call at Edmonton and fly back to Amsterdam.

It is good news that the European Commission has announced the extension of the so-called ‘slot waiver’ to the entire winter timetable. It will enable KLM to respond more adequately to the rapidly changing market conditions as a result of COVID-19, even during the winter season. In addition to the financial impact, operating less well-filled flights would also be undesirable from a sustainability perspective.

KLM has, of course, taken measures to ensure that its flights are safe for passengers and crew. Face masks are compulsory throughout boarding and during the flight. Extra hygiene measures have been taken on board and our aircraft are now cleaned even more thoroughly. The air on board is constantly refreshed with the aid of HEPA filters. For further information about our hygiene measures, please visit updates.klm.com.

Naturally, KLM will make adjustments in response to changing circumstances, whenever new measures are taken in the countries we serve. 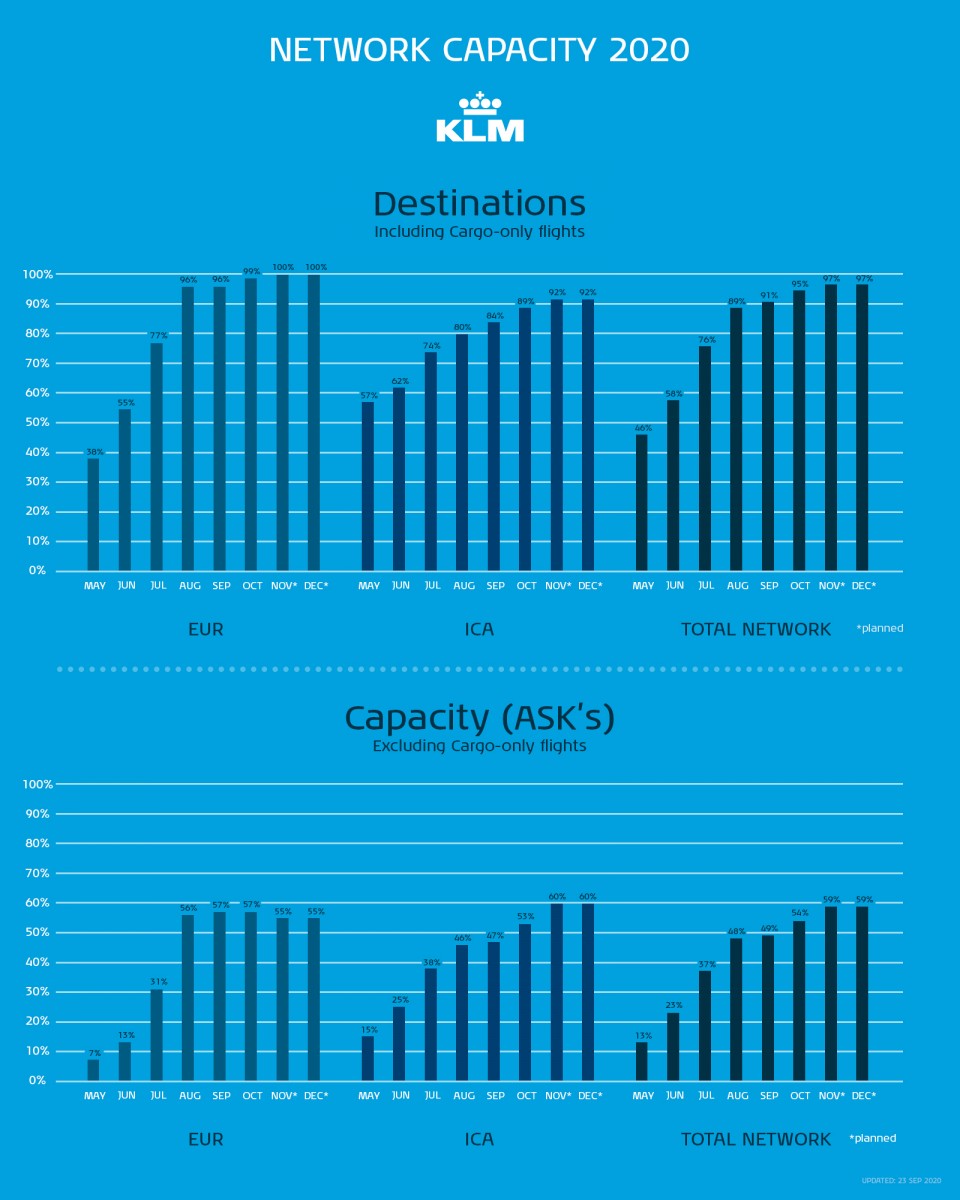