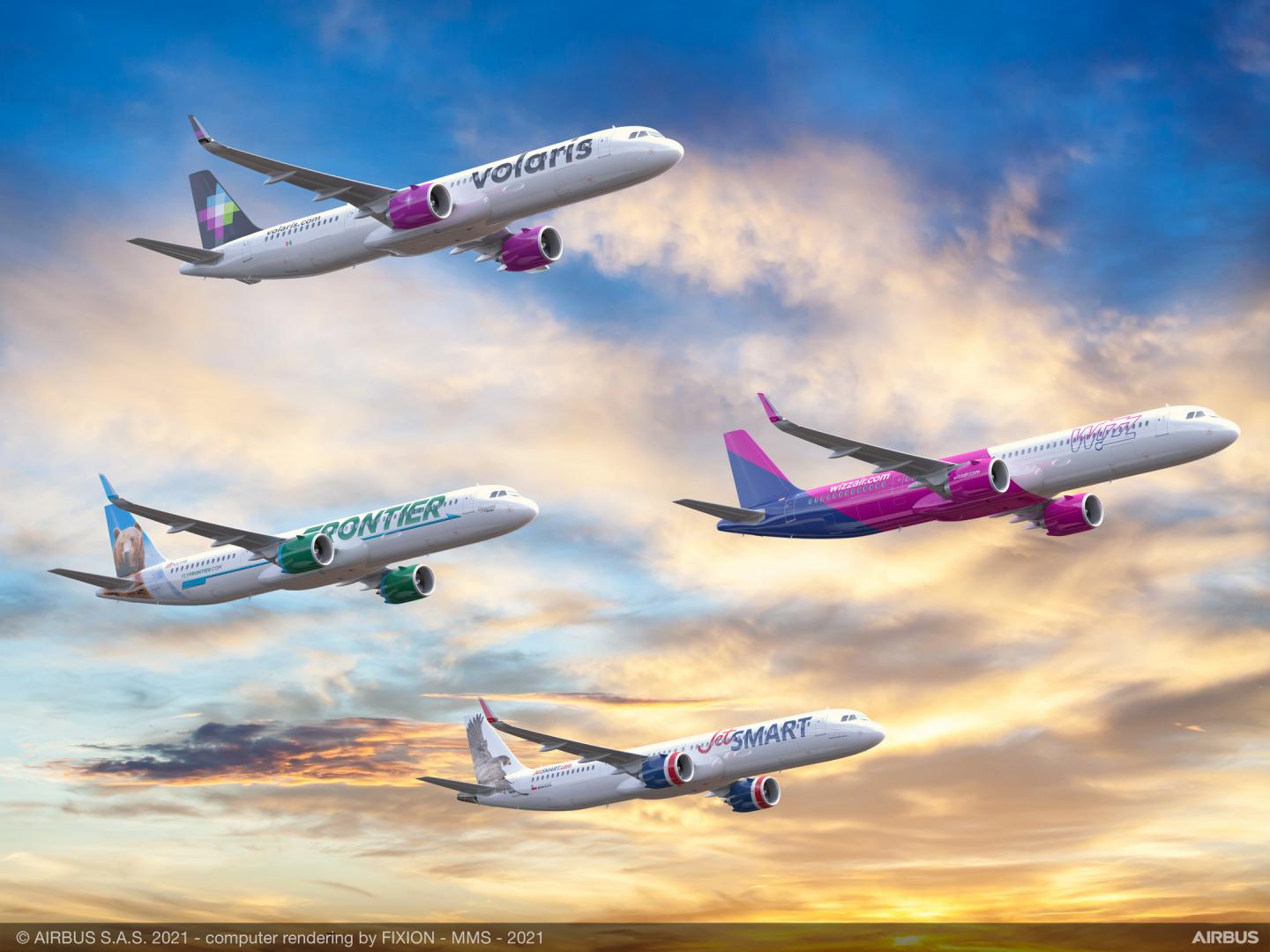 This order brings the total number of aircraft ordered by the Indigo Partners’ airlines to 1,145 A320 Family aircraft. The aircraft ordered today are a mix of A321neos and A321XLRs, which will be delivered to the individual airlines as follows:

In addition to this order, Volaris and JetSMART will upconvert 38 A320neo to A321neo from their existing aircraft backlogs.

“This order reaffirms our portfolio airlines’ commitment to consistent growth through the next decade. The Airbus A321neo and A321XLR have industry-leading efficiency, low unit costs and a substantially reduced carbon footprint relative to prior models. With these aircraft, Wizz, Frontier, Volaris and JetSMART will continue to offer low fares, stimulate the markets they serve and improve their industry-leading sustainability profile,” said Bill Franke, Managing Partner of Indigo Partners.

“We are happy to further expand our relationship with our great Indigo Partners’ airlines Wizz, Frontier, Volaris and JetSMART who have acted fast and decisively over the last few months to position themselves for this landmark order as the effect of the pandemic recedes and the world wants more sustainable flying,” said Christian Scherer, Airbus Chief Commercial Officer and Head of Airbus International.

The A321neo incorporates new generation engines and Sharklets, which together deliver more than 25 percent fuel and CO2 savings, as well as a 50 percent noise reduction. The A321XLR version provides a further range extension to 4,700nm. This gives the A321XLR a flight time of up to 11 hours, with passengers benefitting throughout the trip from Airbus’ award-winning Airspace interior, which brings the latest cabin technology to the A320 Family.

By the end of October 2021, the A320neo Family had totalled more than 7,550 orders from 122 customers since its launch in 2010. Since its Entry into Service five years ago, Airbus has delivered over 1,950 A320neo Family aircraft contributing to 10 million tons of CO2 saving.

Indigo Partners LLC, based in Phoenix, Arizona, is a private equity fund focused on worldwide investments in air transportation.