Sprinter Dina Asher-Smith gave her trademark smile after being welcomed into the First cabin for the flight home, where her meals were gilded in gold leaf, she was showered in golden confetti by crew, and presented with a British Airways Executive Club Gold card.

In her hand luggage, a gold and two silver medals, and a whole host of new records. She is the fastest British woman of all time, the 200m World Champion, the first British woman to win a world sprint title and the first Briton to win three medals at a single major athletics championships.

More than 60 members of the British Athletics team travelled home from the IAAF World Championships, with the other members of the women’s relay silver team Ashleigh Nelson, Daryll Neita, and Asha Philip also given the First treatment.

The warm welcome started when they checked in for the BA122, with a special message on screens above the desk. They were clapped onto the aircraft by the ten cabin crew, who had decorated the cabin with union jack bunting, and each presented with personalised letters of congratulations.

On board, the Pilot, Captain Alistair Cook, gave an emotional speech saying:

“Today it is our very great honour to be carrying some extraordinary athletes and more importantly, some very special gold and silver hand luggage. You are the pride of Britain.”

Fittingly, the aircraft sprinted back to London Heathrow, crossing the finishing line 20 minutes ahead of schedule. There the medal winners were presented with bunches of golden roses and ran through a sea of union jacks held by a British Airways crew ‘guard of honour’ as they landed back into the UK.

“I’ll never forget this very special flight. What they have achieved is incredible, and it was our absolute pleasure to give these athletes a British Airways welcome and spoil them all the way home.” 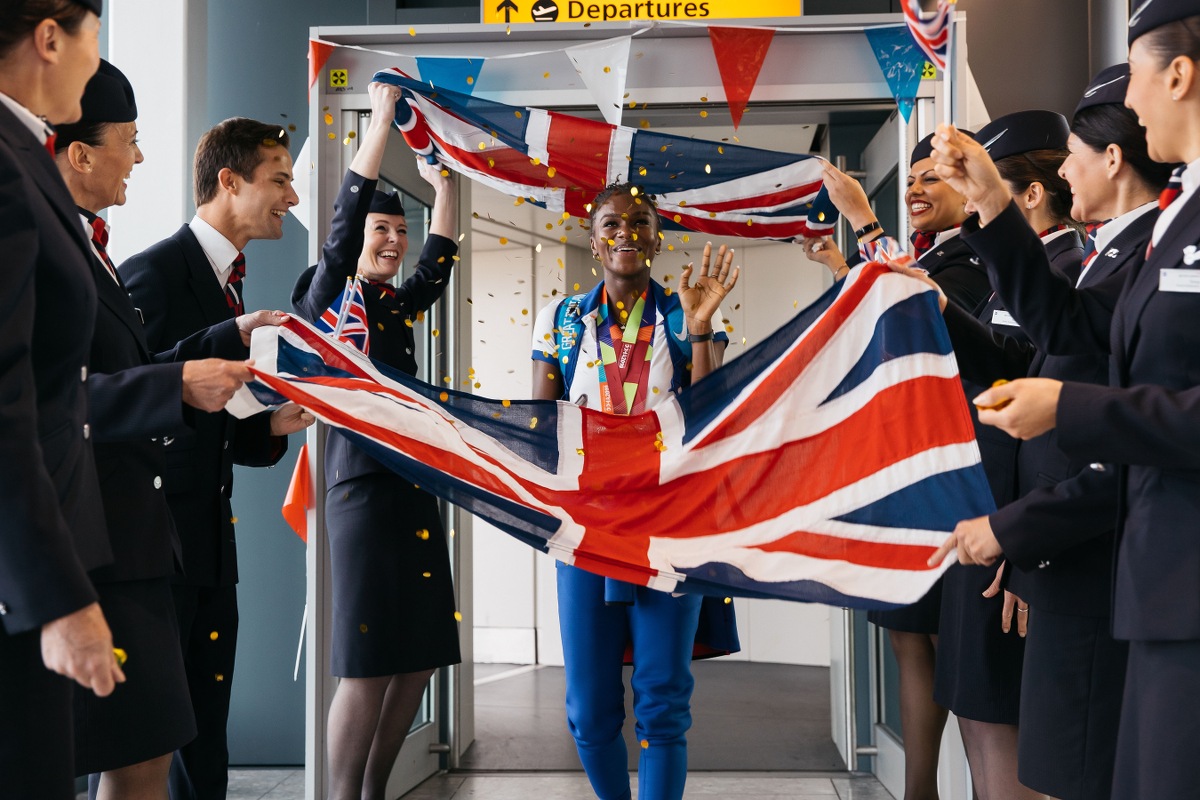 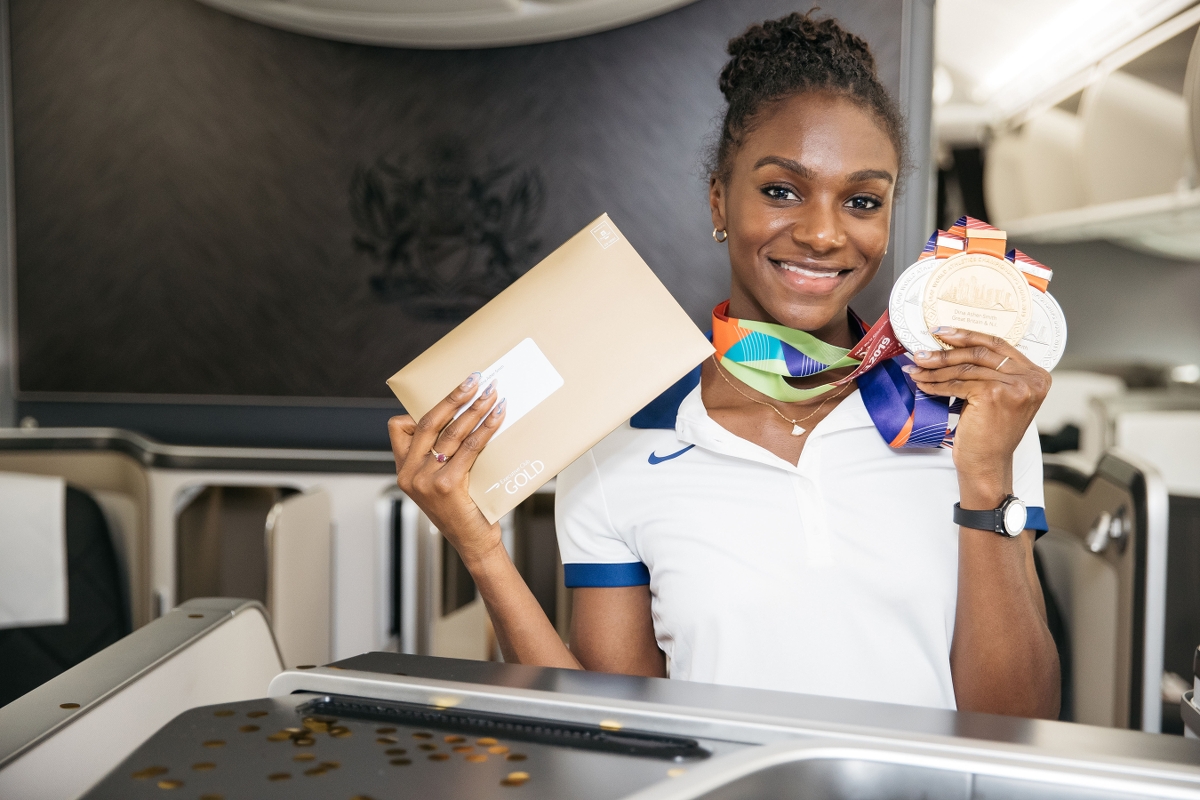 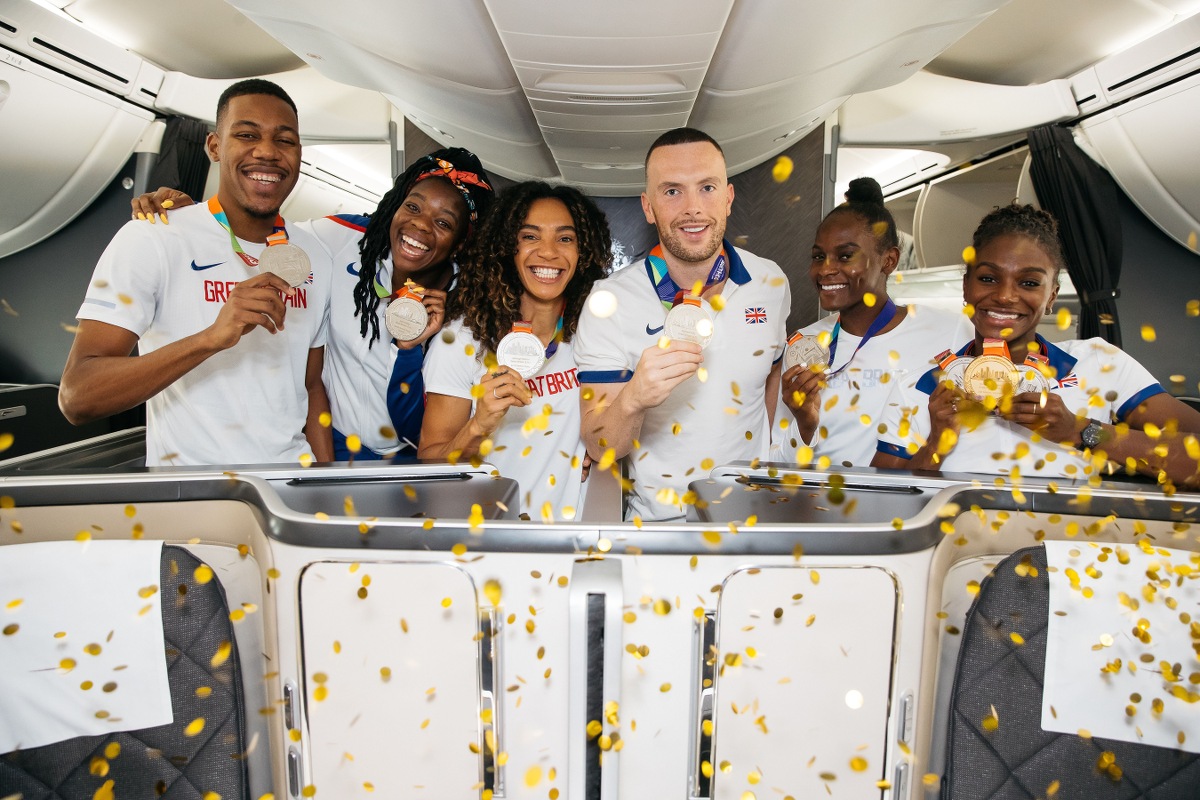