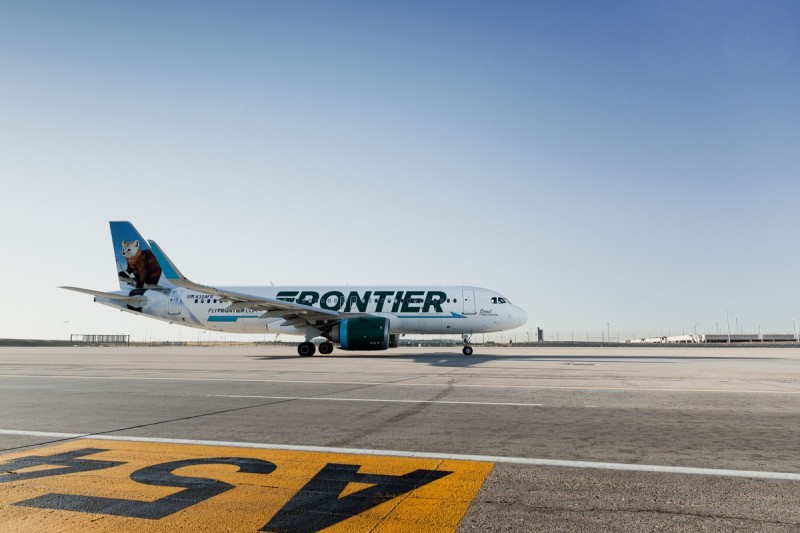 To Celebrate the Airline’s Expanded Service in the Region, One of Six Endangered Species Will Be Selected by Consumers to Adorn a New Aircraft Tail; Those Who Vote Will Be Entered for a Chance to Win a Week-Long Grand Prize Vacation.

America’s Greenest Airline, Frontier Airlines, is celebrating its new growth in the Caribbean and Latin American markets with a campaign to underscore the plight of endangered animal species in six popular destinations the airline currently serves in the region. Consumers are encouraged to participate by choosing the next endangered animal to be featured on the tail of one of Frontier’s new, ultra-efficient Airbus aircraft. Plus, voters are entered for a chance to win an unforgettable seven-night vacation to the tropical destination where the animal they selected is from. A second animal from among the six will be chosen at random to also be featured on another upcoming plane tail.

Frontier has rapidly expanded service in the Caribbean and Latin America and now offers 65 routes to 17 tropical destinations. The remarkable growth has propagated lower fares and more convenient flights to some of the most popular vacation spots featuring world-class beaches, breathtaking views and, of course, exotic wildlife.

“We’re proud to serve so many vibrant destinations with distinctive wildlife species,” said Tyri Squyres, vice president of marketing, Frontier Airlines. “As we have expanded into new communities in the Caribbean and Latin America, we’re doing our part to protect what makes these places so special to visit.”

The six animals to choose from are:

Squyres added, “From ‘Powder the Polar Bear’ to ‘Verde the Resplendent Quetzal,’ unique animal tails are part of Frontier’s brand DNA and we’re proud to continue this time-honored tradition with a meaningful purpose. Our ultra-efficient fleet of aircraft visit hundreds of destinations and welcome millions of passengers onboard each year, presenting a special opportunity to delight and intrigue people by introducing them to animal species that deserve more attention. We’re inviting everyone to participate in helping us pick the next special animal to feature and including the opportunity to win a week-long vacation to get more folks involved in this important cause.”

Frontier’s fleet is made up of more than 110 aircraft, each with a unique animal on its tail and, this month, was recognized by ch-aviation as North America’s Youngest Aircraft Fleet in 2022. Younger planes mean lower fuel use, and throughout 2021 Frontier added 13 A320 family aircraft to its ultra-fuel-efficient all- Airbus fleet, furthering the company’s commitment to more sustainable flying. Explore the special story behind each Frontier plane tail at https://www.flyfrontier.com/plane-tails/?mobile=true.

The Pink-Headed Warbler is endemic to the highlands of Guatemala and the neighboring Mexican state of Chiapas. It prefers to make its home in forests of oak, pine and fir, as well as shrubs. Classified as vulnerable, this population of warbler is threatened by habitat loss due to human development.

Restricted to the northern West Indies, the West Indian Whistling-Duck is among the rarest ducks in the Americas and is listed as Near Threatened by the International Union for the Conservation of Nature. This regional endemic has a total population of about 15,000 individuals but has suffered significant decline due to habitat loss, invasive mammalian predators and hunting.

Hoffmann’s two-toed sloth, also known as the northern two-toed sloth is a species of sloth from Central and South America. It is a solitary, largely nocturnal and arboreal animal, found in mature and secondary rainforests and deciduous forests. The decline of sloth populations is due to deforestation and urbanization, which have resulted in a multitude of risks for sloths. Due to habitat loss sloths are coming down to the ground more frequently, and are therefore vulnerable to dog attacks, car strikes, and poaching.

The Belizean Yellow-headed Parrot has been experiencing severe population declines since at least the mid-1970s when poachers began aggressively pursuing them for the illegal pet trade.  The illegal harvest of parrot chicks and habitat loss of open pine savannas has left less than 7,000 YHPs in the wild today according to Bird Life International. Extinction in our lifetime is a real possibility for this species.

The Bahama Warbler – The Bahamas

Only found on the islands of Abaco and Grand Bahama, this bird is a habitat specialist, being found almost exclusively in the pine forests of those islands. It is one of the 7 endemic bird species of The Bahamas, meaning it is only found here and nowhere else in the world. Unfortunately, The Bahama Warbler is becoming what we would call a “Climate Change Casualty.” After Hurricane Dorian ravished Abaco and Grand Bahama in 2019, these birds disappeared from Grand Bahama and have not been seen since. This led to the BNT writing to the IUCN to have this bird elevated to an endangered species.

Puerto Rican lowland coquí is the most recently discovered (2005), and it’s one of the smallest tree frogs in the world. Mature llaneros are no wider than a dime and generally yellowish in color, with reversed comma patterns on their sides. Their tiny stature squeezes their vocal range into the highest pitch of almost any frog — just barely audible to human ears. The U.S. Fish and Wildlife Service announced in Oct 2012 it would protect the rare, recently discovered Puerto Rican frog, the coquí llanero, as an endangered species under the Endangered Species Act. The protection includes 615 acres of freshwater wetland as critical habitat in northern Puerto Rico.