The first A330-800 development aircraft to fly, MSN1888, has landed at Toulouse-Blagnac, France at 2:35pm local time after successfully completing its first flight which lasted four hours and four minutes. The aircraft, the second member of the A330neo Family, is powered by the latest technology Rolls-Royce Trent 7000 turbofans.

The crew in the cockpit comprised: Experimental Test Pilots Malcolm Ridley and François Barre and Test-Flight Engineer Ludovic Girard. Meanwhile, monitoring the aircraft systems and performance in real-time at the flight-test-engineer’s (FTE) station were Catherine Schneider and Jose Corugedo Bermejo.

“Today’s first flight of the A330-800 is the latest addition to our efficient Widebody family,” said Guillaume Faury, President Airbus Commercial Aircraft. “The A330-800 is an exceptionally versatile ‘route-opener’, offering unbeatable economics for airlines – encompassing everything from short to very-long haul widebody missions.” He added: “We look forward to the successful flight-test campaign, leading to certification next year.” 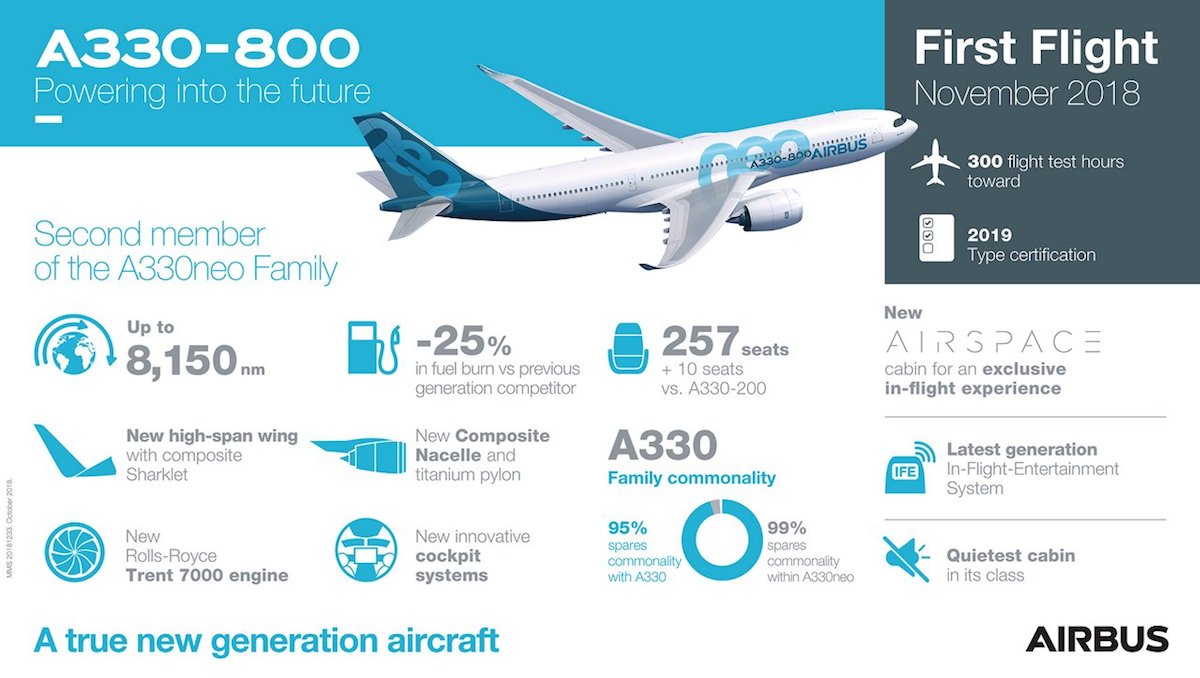 The A330-800’s development programme will include around 300 flight-test hours, paving the way for certification in 2019. Its sibling, the larger A330-900 family member, recently completed its development testing and certification programme which validated the A330neo Family’s common engines, systems, cabin and flight & ground operations.

The A330neo comprises two versions: the A330-800 and A330-900. Both of these widebody aircraft incorporate new Rolls-Royce Trent 7000 engines, nacelle, titanium pylon, new wings and offer an exclusive ‘Airspace by Airbus’ passenger experience. The larger A330-900 will accommodate up to 287 seats in a typical three-class layout, while the A330-800 typically will seat 257 passengers in three classes.

At the end of September 2018, Airbus’ orderbook includes 14 customers who have placed orders for a total of 224 A330neos, with more to be added soon. 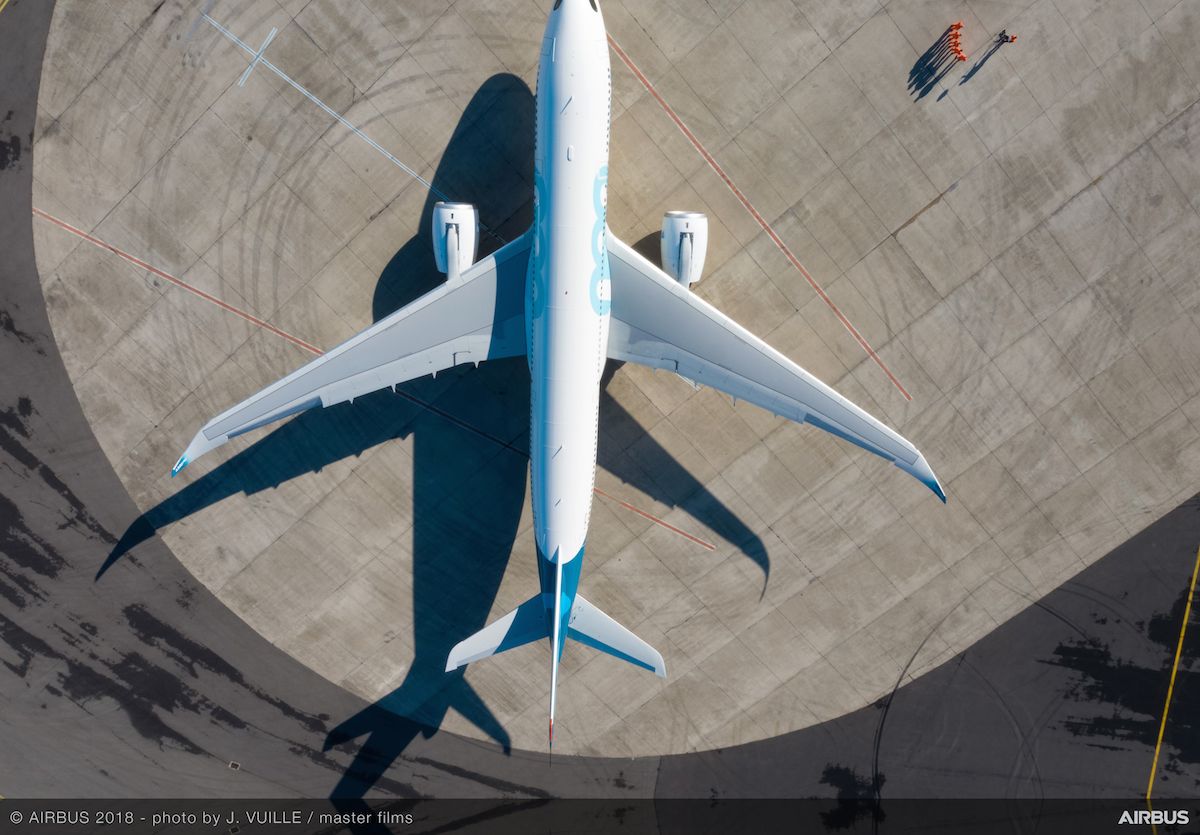 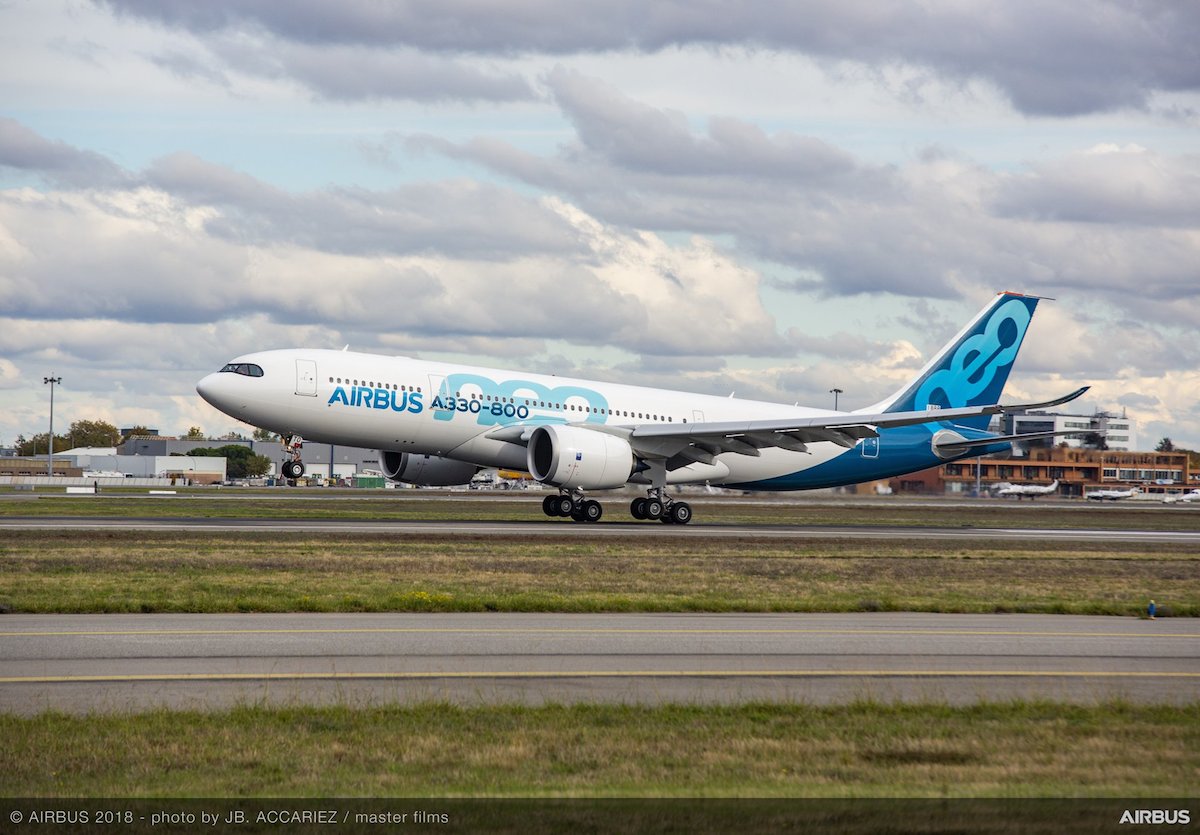 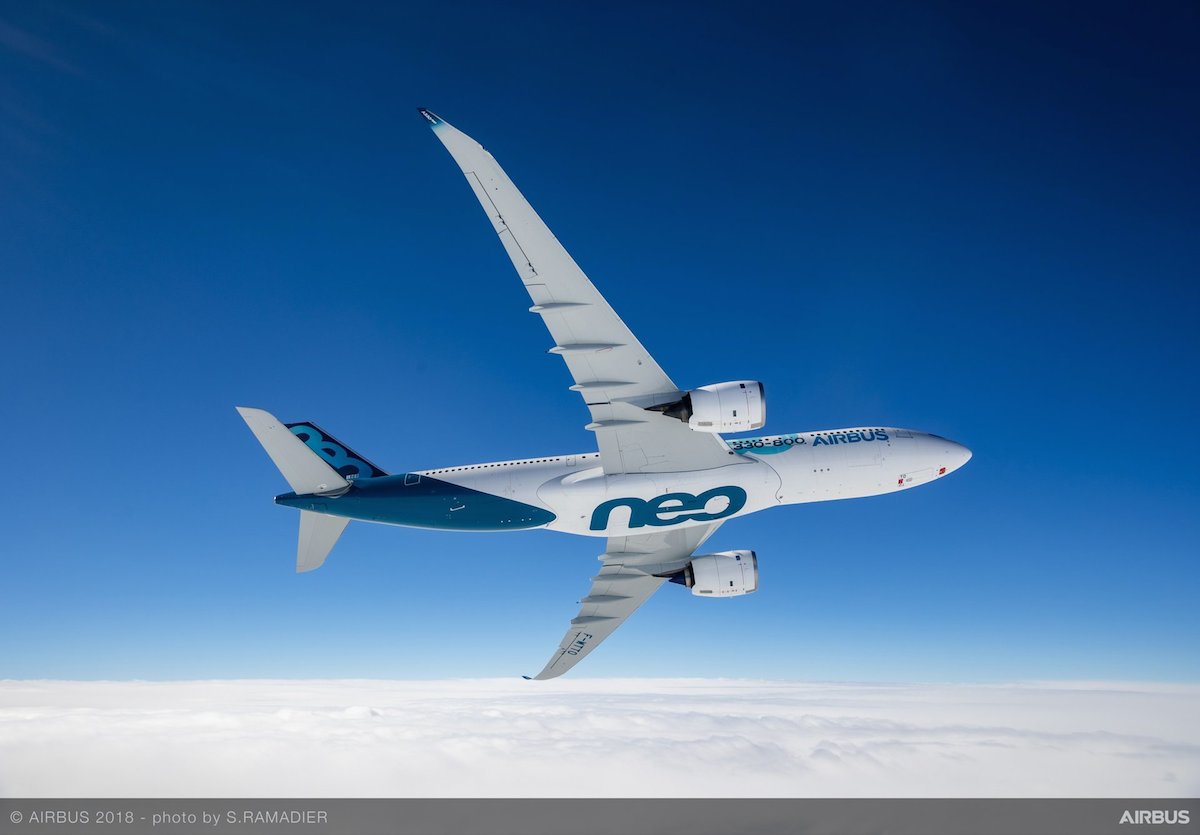 The A330-800 is the second member of the A330neo family and is the market’s newest-generation 250-seat aircraft, and is also the new entry-level widebody aircraft in the Airbus Family. Based on the A330-200, which itself has sold 650+ aircraft with hundreds of operators, the new -800 version offers an even greater range capability of up to 8,150nm (similar to the A350) and representing more than 17 hours flying time, which covers 98 percent of all widebody routes flown today. This performance, which is made possible thanks to the NEO’s 3D-optimised wing, fuel-efficient Trent 7000 engines and a new optional maximum take-off weight (MTOW) of 251 metric tonnes, unlocks up to 1,300nm more range versus the earlier A330-200 models and enables non-stop routes from South-East Asia to Europe and transpacific routes from South East Asia to the US West Coast. Moreover, with its superior economics, range, cabin comfort and passenger experience versus the 787-8, the A330-800 is also best placed to replace ageing 767s in the near-term, and eventually the older A330-200s, in service.The A330 is one of the most popular widebody families ever, having received over 1,700 orders from 120 customers. More than 1,400 A330s are flying with over 120 operators worldwide. The A330neo is the latest addition to the leading Airbus widebody family, which also includes the A350 XWB and the A380, all featuring unmatched space and comfort combined with unprecedented efficiency levels and unrivalled range capability.