The organisers of next year’s UK Security Week have announced that Richard Barrett – the former coordinator of the Al-Qaeda/Taliban Monitoring Team of the United Nations Security Council – will chair its renowned World Counter Terror Congress from 6-7 March 2018.

One of the world’s foremost experts on terrorism, from 2004 to 2012 Barrett headed the Al-Qaeda and Taliban Monitoring Team at the United Nations (UN). During this time, he helped establish a working group on terrorism that became the UN Counter Terrorism Implementation Task Force, and before that he worked for the British government. 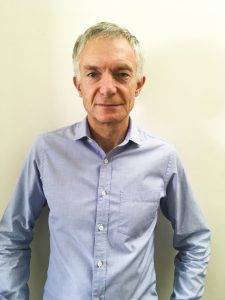 His addition to the programme is further evidence that the conference is the premier location to learn about the latest international threats and discuss future operational strategy. In what will be the most international speaker line-up in its history, over two days, he will introduce security leaders from the UK, USA, Canada, France, Germany, Belgium, Sweden, Norway, Finland, The Netherlands and Denmark, as well as NATO, Europol and the EU Intelligence and Situation Centre.

Barrett will open the World Counter Terror Congress by highlighting the issues that face the world when it comes to combating the rise of terrorism, before handing over to Assistant Chief Constable Terri Nicholson, Deputy National Coordinator – Counter Terrorism Policing National Operations Centre, who will give an exclusive host nation review of the lessons learnt from recent terror attacks during her keynote address.

Richard Barrett commented: “I’m delighted to be chairing the next World Counter Terror Congress. For many years the event has brought together leading figures from across the CT community and has proved invaluable in helping to protect nations from adapting threats. The programme in March will take a truly global look at the security situation and will present different approaches to preventing attacks and countering extremism. There is no better place for the CT community to share and shape future policy for national security.”

Examining the key areas of prevention, pursuit and protection from international terror threats, delegates attending the World Counter Terror Congress in March 2018 will be able to exclusively hear how the FBI is detecting, deterring, and disrupting terror threats to the United States. Showcasing the best thinking from around the world, the Danish Security and Intelligence Service will also explain how it counters radicalisation and violent extremism, while the Swedish Police Authority will highlight its latest initiatives and key learning’s from the attack on Drottninggatan.

UK Security Week will run from 6-7 March 2018 and will also include a number of networking events. For more information and to register for access to all the week’s events, visit www.sctx.co.uk/registration and use guest code UKSW18.