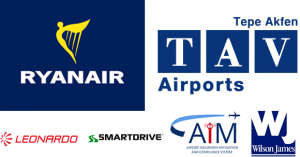 We are delighted to announce that 6 companies have joined our exhibitor list this week. Ryanair is our first-ever airline exhibitor and will be there to engage with UK & Irish airports and suppliers, while TAV Airports will be there to consider procurement for the 10 airports it operates across three continents, and also championing the capabilities of its own service company subsidiaries across ground handling, F&B, duty free, operations, IT & security. Leonardo, SmartDrive Systems, Airside Incursion Mitigation & Wilson James will showcase their specialist capabilities to enhance efficiency and safety for airport operators, and help take our exhibitor list to over 130.

View the other confirmed speakers » 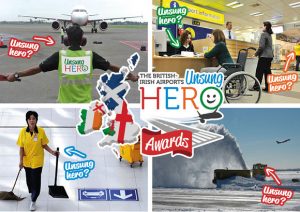 Get on with it!!! Nominate your airport’s ‘Unsung Heroes’ right now!!!

The inaugural British-Irish Airport Awards seek to recognise the ‘below-the-radar’ effort from employees of airports and the wider sector to advance our industry. With the winners selected by an online poll of you, The British-Irish Airports Community, these ‘Unsung Heroes’ will no longer go unrecognised.

The deadline for nominations is far approaching – be sure to identify your ‘Unsung Heroes’ before 1st May, then watch this space for details of participating in our poll.