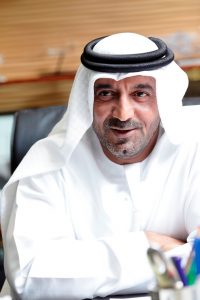 Thirteen of the 15 countries with the lowest rates of women participating in their labour force are in the MENA.

Emirates currently employs nearly 27,000 women, making up 42 percent of the group’s workforce, including women pilots who includes the youngest Emirati female pilot operating the world’s biggest aircraft, A380, of which it is the world’s largest operator. Over 60 of more than 4000 pilots employed by Emirates are females.

Etihad Airways currently employs over 2,850 Emirati women covering various roles, including 50 female pilots and also the first Emirati woman registered as a specialist in aviation medicine. Over 50 per cent of the airline’s 13,000 strong workforce are women and the airline is keen to narrow the gender gap further.

His Highness Sheikh Ahmed bin Saeed Al Maktoum, President of Dubai Civil Aviation Authority, Chairman of Dubai Airports and Chairman and Chief Executive of Emirates Airline and Group, remarked: “Women have played a key role in the success and development of the aviation industry in the UAE. With the region experiencing high passenger growth, and with more airlines, aircraft and flights in service, as well as more routes being served than ever before, there has never been a better time for women to build a successful career in the aviation industry than now.” 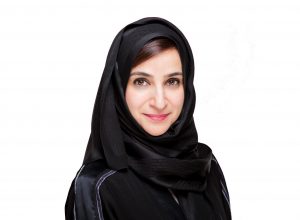 The 3rd Women in Aviation General Assembly will be held on May 9 on the side lines of The Airport Show from May 7 – 9. The conference, under the patronage of His Highness Sheikh Ahmed Bin Saeed Al Maktoum, will have more than 20 speakers. It is expected to be attended by over 350 participants. Its sponsors include Boeing, Honeywell, ExecuJet, MSI Aircraft Maintenance Services International, LFV, the air navigation services of Sweden, Dubai Aerospace Enterprise (DAE) and ENOC (Emirates National Oil Company).

An important debate topic at the conference will be how initiatives like the Emirates Mars Mission, UAE Astronaut Programme, Space Research Centre, Yahsat and Virgin Spaceport are propelling the UAE into the top tier of modern space research and exploration. The UAE’s first astronaut programme is now searching for four Emirati astronauts, who will be trained on various space missions with the aim of heading to the International Space Station within five years. Young women have been invited to join the race for being part of the coveted mission.

Her Excellency Jameela bint Salem Al Muhairi, the first-ever woman Minister of State for Public Education and speaker at the event remarked: “The UAE has been a leader in women empowerment and providing employment opportunities for women, especially in aviation, a key driver of socio-economic growth. UAE is now moving towards the Space programme. Civil Aviation has long been a male-dominated arena, but women now have a significant presence. To flourish and thrive, the aviation industry needs to have women on board everywhere.”

Mervat Sultan, one of the first Arab women to obtain a flight dispatcher’s license and a co-founder and the President of the Middle East chapter of Women in Aviation International, added: “Most roles in aviation are still dominated by men around the world. We are focussing on spreading awareness about aviation as a career of choice in the region and also helping aviation companies that are keen on hiring women.”

Estimates from the International Society of Women Airline Pilots (ISA) show that women pilots account for only three per cent of the total 130,000 pilots in the world. It has been reported that only twelve out of the 248 airlines operating worldwide are currently led by women.

Boeing, the world’s largest aerospace company has estimated that by 2034, 558,000 more commercial pilots will be needed to meet the growth of the industry.

The chances of the pilot being a woman are much higher in India than anywhere else in the world with 600 out of the total 5,100 pilots being women. Meanwhile in China, an increasing number of airlines are hiring female pilots.

The UK, arguably a world pioneer in aviation, says that over 570 of the British industry’s 9,846 pilots and co-pilots were women, which is just under six per cent while there are only 20 female pilots in all of Jordan.

The Saudi Air Navigation Services Company has set in motion the process to employ women as air traffic controllers for the first time. The national carrier, Saudia, is also looking into sending Saudi women on scholarships abroad to become pilots. Oxford Aviation Academy opened its first branch in the Middle East and North Africa (MENA) region in Dammam to train women as commercial pilots.