Emirates SkyCargo, the freight division of Emirates, and Gargash, one of the largest distributors of premium and luxury cars in the UAE, have partnered to transport two Alfa Romeos from Dubai to London for the prestigious Gumball 3000 motor rally.

The two cars, an Alfa Romeo Stelvio Quadrifoglio and an Alfa Romeo Giulia Quadrifoglio were transported onboard an Emirates SkyCargo Boeing 777 freighter from Dubai to London. Emirates SkyCargo’s Boeing 777 freighter aircraft can carry up to 100 tonnes of cargo and with its wide main deck doors allows for the transportation of large and outsized cargo.

Both cars will compete as ‘Team Alfa’ in Gumball 3000, an annual celebrity motor rally established in 1999, which takes place on public roads at different locations around the world. During the first leg of the rally in the first week of August 2018, Team Alfa will travel from London to Bologna. The second leg of the rally will see the cars driving around iconic sites in Japan including the historic cities of Osaka, Kyoto and Mt Fuji. The rally will end in Tokyo on August 12 and Emirates SkyCargo will fly both cars back home to Dubai from Japan.

Team Alfa’s participation in the Gumball 3000 rally will mark the 100th year of operations for Gargash, an established name for premium and luxury cars in the UAE.

Watch Emirates SkyCargo roll out the first class experience for Gargash’s ‘Team Alfa’ cars as they fly from Dubai to London for the rally.

“Emirates SkyCargo would like to congratulate Gargash Group on their centenary this year. We are excited to be taking part in this momentous occasion by supporting them in the Gumball 3000 rally. The Alfa Romeos, which will be sporting the Emirates logo throughout the rally, are getting first class treatment under Emirates Wheels and will be handled by our trained and experienced staff at Dubai, London and Tokyo,” said Moaza Al Falahi, Emirates Vice President, Cargo Product Development and UAE National Affairs.

“In our 100th year, we are proud to be associated with Dubai’s flagship carrier Emirates, a truly iconic representation of the UAE’S global enterprising spirit. Emirates SkyCargo has proven to be an indispensable partner as we begin our epic journey from London to Tokyo,” said Shehab Gargash, Managing Director and Group CEO, Gargash Group.

Emirates SkyCargo has extensive experience in transporting high value premium and luxury automobiles on its fleet of passenger as well as freighter aircraft. Emirates Wheels is the air cargo carrier’s specialised air transportation solution for automobiles bringing together a modern fleet of 270 all widebody aircraft, an extensive network, state of the art facilities as well as highly experienced personnel for the rapid and secure transportation of cars. 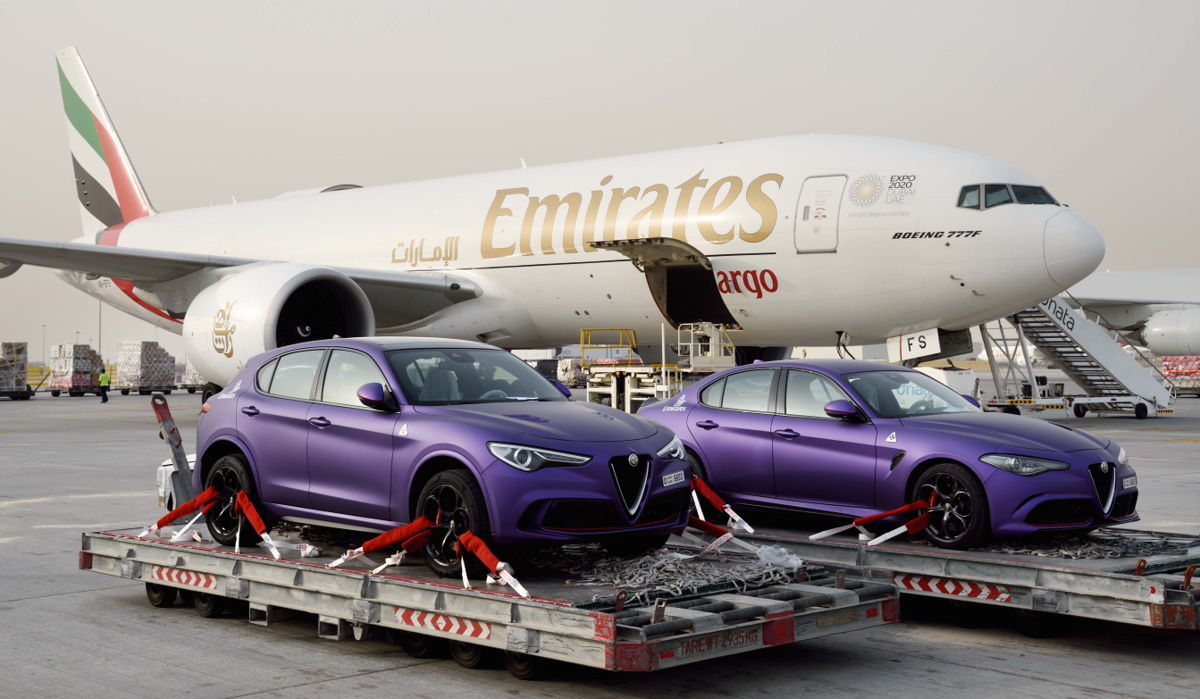 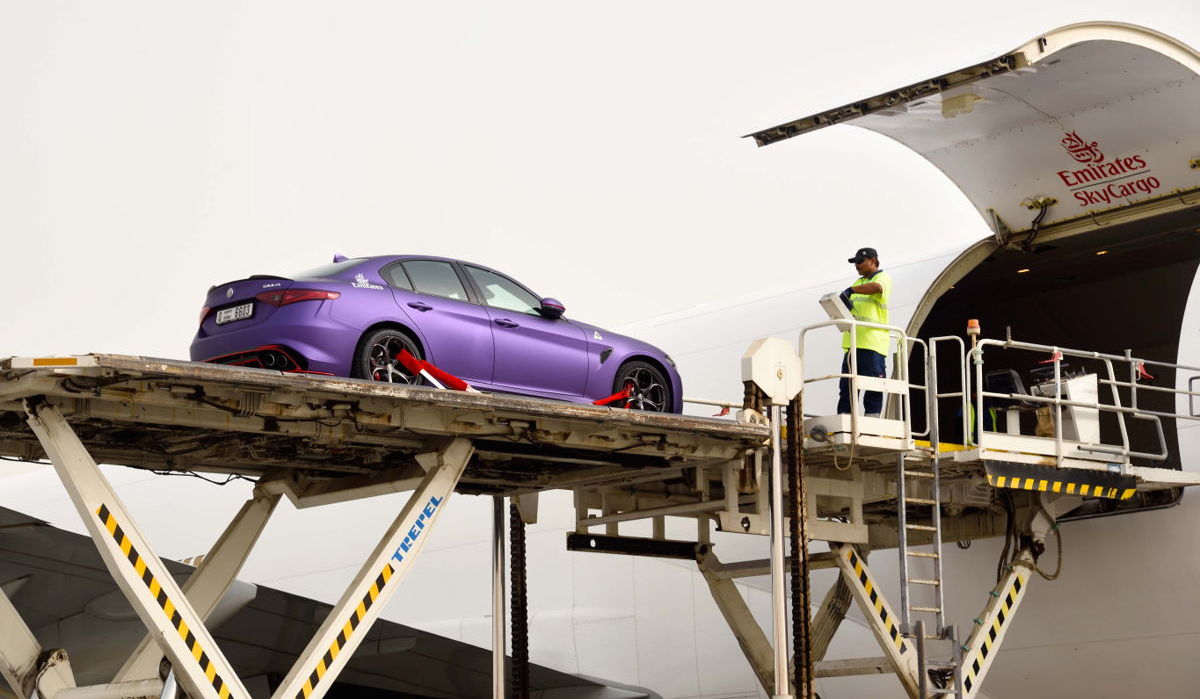 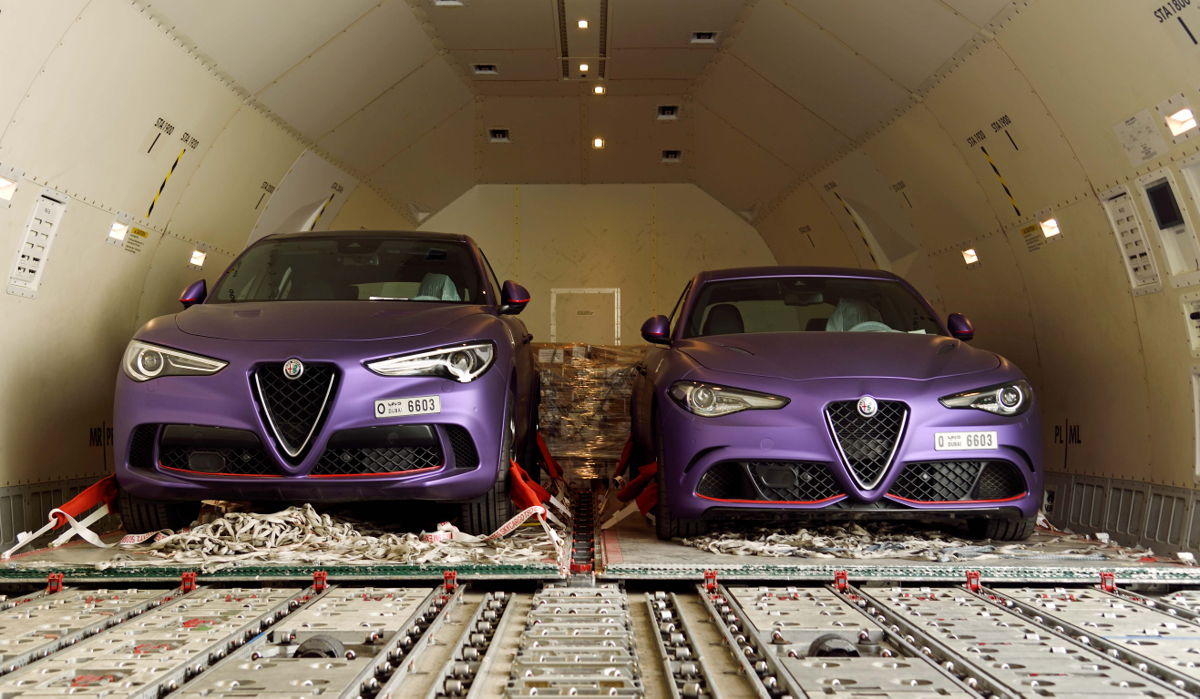