De Havilland Aircraft of Canada Limited (De Havilland Canada) is ready to reaffirm its commitment to customers in the Asia-Pacific region during the upcoming Singapore Airshow. A Dash 8-400 aircraft, which is one of two recently delivered to leasing company TrueNoord, will be a feature of the airshow’s static display. The aircraft is configured with 86 seats and will be operated by PAL Express, an airline under the banner of Philippine Airlines, the flag carrier of the Philippines.

The exhibited aircraft, along with a demonstration of Expliseat’s ultra-light TiSeat E2 in De Havilland Canada’s Chalet, will re-inforce the availability of “extra capacity” options for the Dash 8-400 aircraft that are suitable for the Asia-Pacific region. Depending on aircraft configuration, the TiSeat E2 reduces in-flight weight by 300 to 1,000 lbs. and offers up to 1 per cent in fuel savings, while preserving passenger comfort.

“We are excited to be participating in our first Singapore Airshow as De Havilland Aircraft of Canada Limited, and to be showcasing a Dash 8-400 aircraft owned by TrueNoord and operated by PAL Express,” said Todd Young, Chief Operating Officer, De Havilland Canada. “Our teams will be available to demonstrate how the Dash 8-400 aircraft’s unmatched performance and operational flexibility offer our customers the versatility of turboprop economics with jet-like performance.”

The Dash 8-400 aircraft can be adapted to meet many business models. With industry-leading passenger amenities, operating costs and environmental footprint, the Dash 8-400 aircraft is the pinnacle of the modern turboprop. The aircraft’s low fuel consumption and low maintenance costs, in combination with its productivity and performance attributes, make it an ideal aircraft for a wide diversity of airlines around the globe.

De Havilland Canada will be located in Chalet CD19 during the Airshow which runs from February 11-16, 2020. 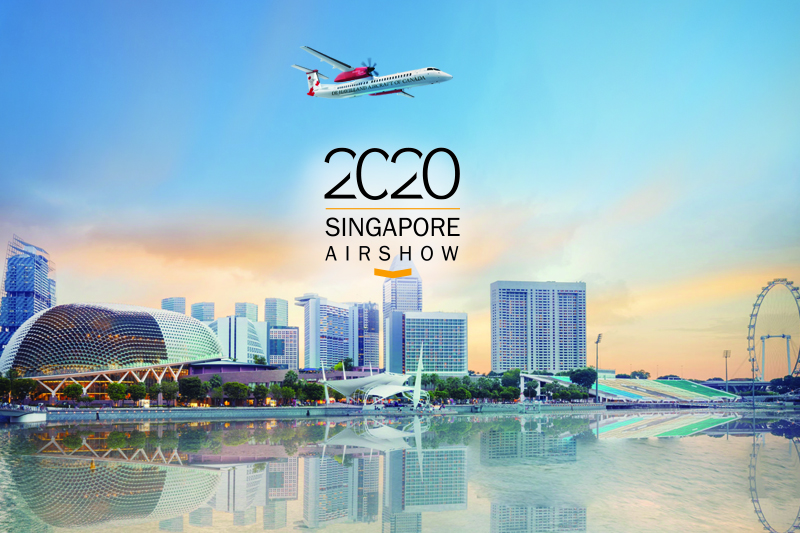