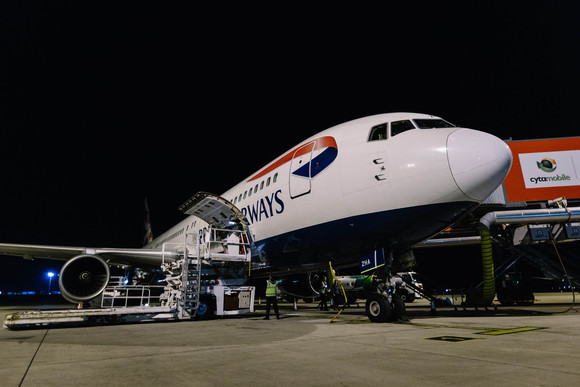 Having previously pledged to work with carriers to overcome the financial difficulties created by the coronavirus pandemic, Rishi Sunak has now advised airlines to find other forms of funding. Demand for tickets has collapsed forcing companies to ground aircraft.

British Airways and Virgin Atlantic are operating severely restricted schedules, while Ryanair and easyJet are grounding nearly their entire fleets. Aviation bosses have been lobbying the government for a targeted aid package to stop firms going under as a result of the slump in demand.

However, in a letter on Tuesday, Sunak said the government would only step in as “a last resort”. The chancellor instead urged airlines to try and raise money from shareholders.

He added the government would only enter into negotiations with individual airlines once they had “exhausted other options”.

Richard Branson yesterday announced he would invest $250 million in Virgin Group in order to avoid redundancies.

At the same time, Norwegian has been able to access government funding for its operations.

The government decision comes as IATA predicts global aviation revenue could fall by nearly half this year. The group said annual worldwide revenues from ticket sales would fall by $252 billion if travel bans remain in place for three months, a drop of 44 per cent compared to last year.

“It did not seem possible, but in a matter of days, the crisis facing airlines worsened dramatically. “We are 100 per cent behind governments in supporting measures to slow the spread of Covid-19,” said IATA director general Alexandre de Juniac.

“But we need them to understand that without urgent relief, many airlines will not be around to lead the recovery stage. “Failure to act now will make this crisis longer and more painful. “Some 2.7 million airline jobs are at risk. “And each of those jobs supports a further 24 in the travel and tourism value chain.

“Some governments are already responding to our urgent calls, but not enough to make up the $200 billion needed,” added de Juniac.