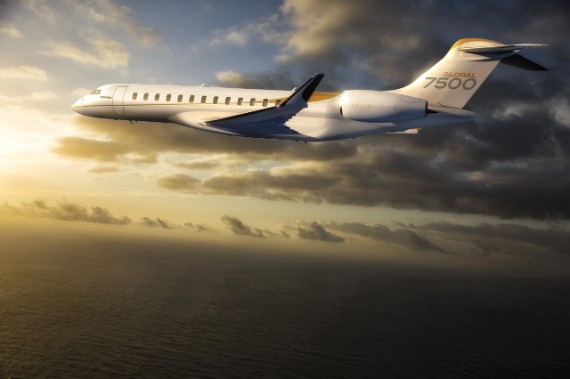 “We are thrilled to deliver our flagship Global 7500 business jet to Niki Lauda, our esteemed customer for many years,” said David Coleal, President, Bombardier Business Aircraft. “The Global 7500 aircraft is simply the best business jet on the market. It sets the standard by which all other aircraft in private aviation will be measured, demonstrated by the prestigious design and aviation awards it has garnered. The Global 7500 aircraft is the crown jewel of the industry.”

“I have enjoyed watching the evolution and growth of the Global Aircraft program. I have always been impressed with the expertise, craftsmanship and innovation that go into building every Global business jet,” said Niki Lauda. “The Global 7500 aircraft is the culmination of all the knowledge Bombardier teams have gained over the years and I look forward to experiencing the range, speed and comfort this jet has to offer.”

The Global 7500 jet is the latest in a series of Bombardier business aircraft that Mr. Lauda has owned and piloted during his career as an aviator. Previously, he operated a Global 6000, Global 5000 and Challenger 300 jet as his private aircraft.

Since its entry-into-service, the Global 7500 aircraft has unequivocally proven itself to be the highest-performing aircraft in the industry. The Global 7500 business jet has a top speed of Mach 0.925 and recently flew from Singapore to Tucson, completing a record-setting 8,152 nautical mile flight—the longest-range flight in business aviation history. In addition, it also recently broke the city pair speed record between Los Angeles and New York. The Global 7500 aircraft continues to assert its position as the leader in the business jet market.

The Global 7500  aircraft offers Bombardier’s signature smooth ride and a spaciousness that is unique among business jets. With its award-winning bespoke interior featuring a full-size kitchen and four true living spaces, the Global 7500 jet offers the ultimate in-flight experience. Setting the benchmark for the most exceptional cabin interior, the Global 7500 aircraft offers the most innovative features: Bombardier’s patented Nuage seat, meticulously designed for maximum comfort and the revolutionary nice Touch cabin management system (CMS), a new way to connect with the Global 7500 aircraft cabin through the Bombardier Touch dial, featuring business aviation’s first application of an OLED display.