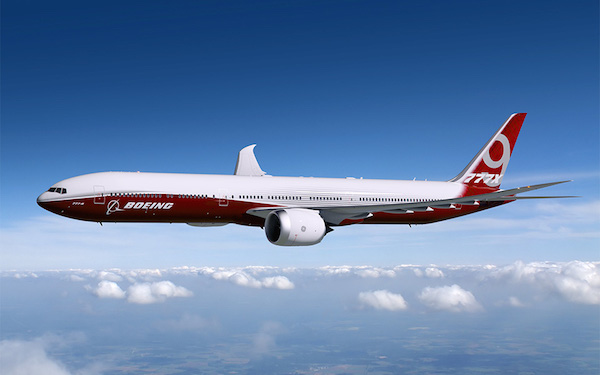 On October 23, Boeing started the much-anticipated (and hyped) production of the wide-body 777X jet, showing off its composite assembly know-how at its factory in Everett, Washington.

In a live-broadcasted video Terry Beezhold, chief engineer for the 777X project, emphasized the efficiency Boeing hopes to bring with the new composite wings.

“The 777X will be 12% more efficient per passenger than any airplane out there,” Beezhold said. „A big piece of it is the engine, but this wing – with its enormous span of 235 feet – is part of the efficiency equation.”

The aerodynamic shape of the wing stems from the 787, the Boeing model that had a first composite wing of such scale installed.

According to Beezhold, sections of the fuselage are already in production in several places across Japan. The whole supply chain of the 777X is similar to its predecessor – the 777.

“The new 777X is going to launch into a new technological era and a performance era that we are not used to,” Jason Clark, VP of Boeing told the public. “It is going to set a new bar for commercial travel.”

he workers and the journalists had the chance to witness a laser-oriented robotic arm drilling a hole in the carbon fiber layer of the first 777X wing spar in a matter of seconds.

The maiden flight of the 777X is planned for the first quarter of 2019. The aircraft has a total of 340 orders and commitments from All Nippon Airway, Etihad Airways, Qatar Airways, Lufthansa, Singapore Airlines, Cathay Pacific and Emirates.