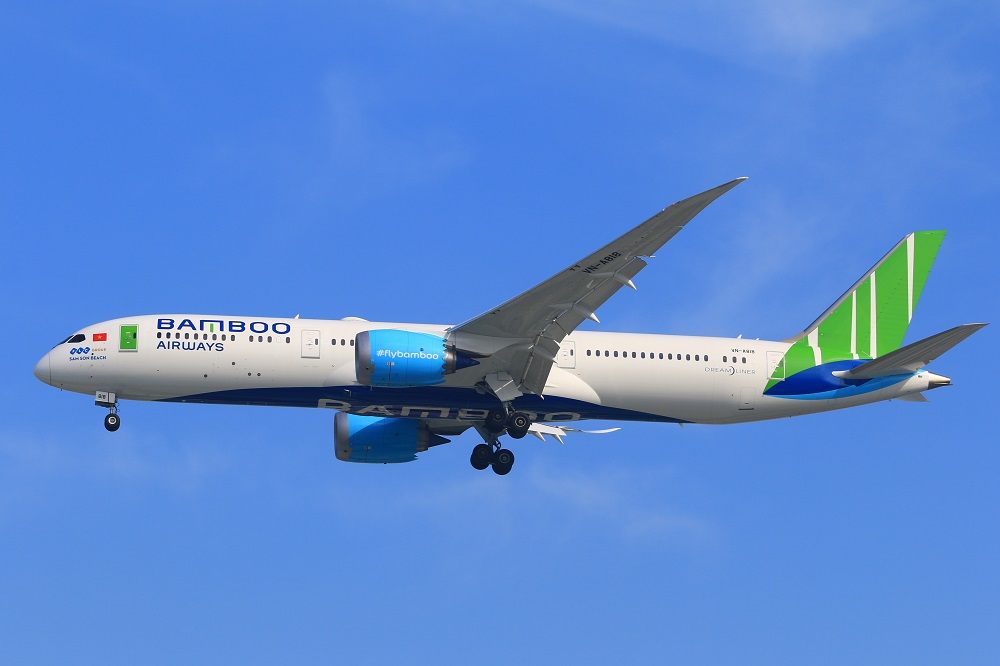 After many successes and an already close relationship, the two groups have strengthened their ties by signing a Memorandum of Understanding (MOU), paving the way for future collaborations.

AFI KLM E&M and Bamboo Airways have set a basis for new cooperation over the long-term future, via an MOU outlining the MRO’s potential deployment of adaptive support solutions across a range of domains. Following on from their initial contracts focusing on the maintenance of Bamboo Airways’ fleet of 787, A320 and Embraer aircraft – AFI KLM E&M is now strengthening its collaboration with the Vietnamese airline through this latest MOU. The current and future discussed cooperation is estimated to a potential of several hundred million USD total value between the two companies. 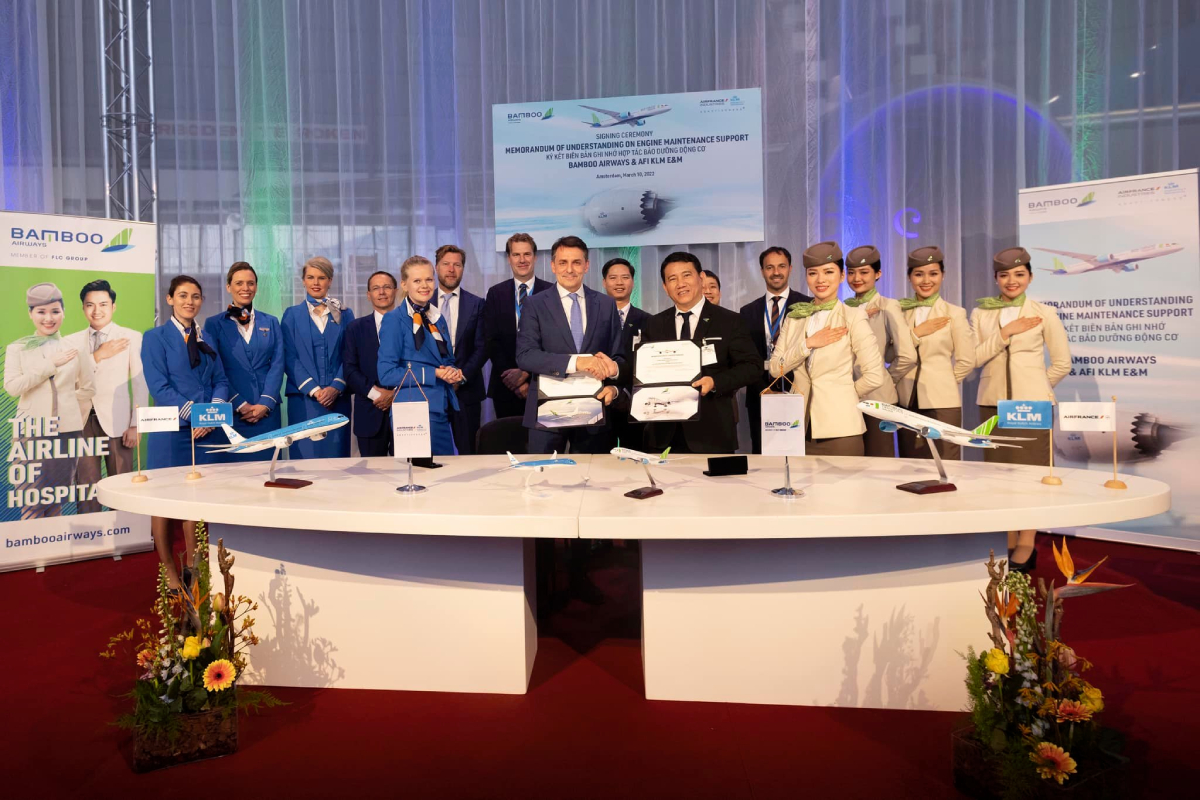 The invaluable multi-product expertise of an Airline-MRO
Through this agreement, Bamboo Airways is once again demonstrating its trust in AFI KLM E&M and its desire to make it a benchmark industrial service provider, capable of supplying adaptive and high-performance aviation maintenance solutions across a large range of products. The young ambitious Vietnamese carrier will draw the benefits of AFI KLM E&M’s dual expertise as an Airline-MRO and its global network, supporting its operations and business development through tailor-made support services.

In particular, the MOU outlines the possibility of extending commercial relation in the field of engine support, including taking on shop visits for the GEnx engines fitted on Bamboo Airways’ Boeing 787s fleet, and for the engines equipped their A320 Familly.

AFI KLM E&M may also be called upon for new C-Check maintenance visits for the Boeing 787s at its facilities in Amsterdam, as well as line maintenance operations across an extended stopover network based on the destinations Bamboo Airways flies to.

Finally, the Vietnamese operator will gain access to the capabilities of EPCOR, the AFI KLM E&M affiliate specialising in the maintenance of APUs, for support of its APS2300 (EJest) and APS5000 (Boeing 787) products.

Expert solutions for a young and ambitious airline
With initial collaborations having allowed Bamboo Airways to judge the level of service and commitment offered by the AFI KLM E&M teams, this MOU sees the Vietnam-based airline signalling its satisfaction and confidence in the commercial cooperation. Supports from an expert MRO with an international presence and incisive aviation knowledge are of great significance for Bamboo Airways to streamline its operation and further promote the extensive flight network.

Ton Dortmans, EVP KLM Engineering & Maintenance, said: “We’re proud and thrilled at the prospect of continuing to support the soaring success of Bamboo Airways, a young and dynamic airline that has not let the health crisis hold back its international development. We are fully committed to honoring the trust placed in us, and are ready to roll out new support solutions adapted to the needs of Bamboo Airways.”

Mai Dinh Toan, Deputy General Director of Bamboo Airways, added: “AFI KLM E&M has proven to be a trusted airline-MRO expertise partner with its global footprint, multi-product catalogue, the flexibility of its programs and solutions as well as responsiveness, which have led us to reiterate confidence in them. Bamboo Airways is more than delighted to extend collaboration with AFI KLM E&M, thus creating further value for both sides in an attempt to spread its wings to promising international markets in the near future.”

About Bamboo Airways
Bamboo Airways is the first airline in Vietnam to offer 5-star service based on the fundamental values of hospitality and professionalism. Bamboo Airways currently operates nearly 70 national and international routes, giving it the broadest reach in the Vietnamese aviation industry.

The quality of its services is recognised by both passengers and the media, in its home country and around the world, with a customer satisfaction rating of 4.5/5. The airline has led the entire Vietnamese aviation sector in terms of on-time arrivals since its establishment. Bamboo Airways has been voted the airline offering the best service in Vietnam, the preferred Vietnamese transporter for golfers and the top regional airline in Asia. For more information, visit www.bambooairways.com