Avolon, the international aircraft leasing company, and Vertical Aerospace (‘Vertical’), the most advanced electric vertical take-off and landing (‘eVTOL’) company in the world, announce a ground-breaking US$2 billion order for up to 500 electric eVTOL aircraft. This agreement, which is subject to certain closing conditions, will introduce the ultra-short-haul aircraft category to commercial aviation, a game changing development that will revolutionise air travel with zero emissions aircraft.

The agreement will combine Avolon’s scale and deep industry relationships with Vertical’s leading technological position in the eVTOL space and will see both companies collaborate throughout the development, road map to certification and subsequent commercial roll-out of the VA-X4. Avolon will join Microsoft, Rolls-Royce, Honeywell, and American Airlines as equity investors in Vertical, working also with Virgin Atlantic who will be a VA-X4 launch airline customer in Europe.

The order highlights Avolon’s commitment to sustainability and responsible investment and its position as an industry leader and innovator. The commitment to the VA-X4 places Avolon at the forefront of technological change in the industry and underlines Avolon’s belief in the electrification of air transport. Avolon’s existing young and fuel-efficient fleet will be complemented by an investment in a new category of ultra-short-haul aircraft that will produce zero emissions.

Avolon, through its newly incorporated affiliate Avolon-e will become the customer for the VA-X4 and subject to appropriate operating, delivery and business requirements being met, will order aircraft valued at US$1.25 billion with delivery commencing in late 2024, with an option to acquire additional aircraft up to a value of US$750 million. Avolon-e has been established by Avolon to focus on investment in the zero-emissions eVTOL sector.

Dómhnal Slattery, Avolon CEO, commented: “Avolon is proud to be a launch customer for the VA-X4 aircraft, demonstrating our commitment to a net zero carbon economy and to driving innovation in the global aviation sector. Our order with Vertical will also accelerate the inevitable commercial roll-out of zero emissions aircraft. Before the end of this decade, we expect zero emission urban air mobility, enabled by eVTOLs, to play an increasingly important role in the global commercial aviation market.

This order reaffirms Avolon’s position as an industry pioneer. With Vertical, we will revolutionise air travel and continue to reduce the impact of our industry on the environment.  In Vertical, we have identified a long-term strategic operator that shares our vision for a cleaner and more efficient mode of air transport. As we emerge from the COVID-19 pandemic, air travel will be materially reshaped with airlines needing to embrace emerging technologies that decarbonise air travel. We strongly believe that the VA-X4 will lead this transformation.

Our global scale and deep industry relationships, combined with Vertical’s technological leadership makes this a winning alliance. We are excited about the synergies and opportunities that both businesses will bring to the agreement. We believe the global reach of the Avolon platform will accelerate the inevitable adoption of eVTOLs as a new, safe and zero emissions mode of ultra-short-haul air transport.

Stephen Fitzpatrick, CEO of Vertical Aerospace, commented: “We are delighted to announce this aircraft order with Avolon, one of the leading aircraft lessors in the world. Avolon’s proven management team and strong track record of starting, and scaling, a global leading business made this an attractive opportunity and represents a critical milestone for us. This agreement, with an established aviation company like Avolon will allow us to plug into their global commercial network of airlines, reaching key decision makers in a fast and efficient manner.”

Vertical Aerospace
Vertical Aerospace’s mission is to make air travel personal, on demand and carbon free. The company has an unrivalled partner ecosystem including Microsoft, American Airlines, Rolls-Royce, Honeywell and Avolon, that de-risks execution and its pathway to certification, allows for a lean cost structure, and will enable production at scale. With speeds over 200mph, near silent when in flight, zero emissions and low cost per passenger mile, the VA-X4 is going to open up urban air mobility to a whole new range of passengers and transform how we travel.

VA-X4 eVTOL Aircraft
The VA-X4 is a piloted, zero emissions electric Vertical Take Off and Landing (eVTOL) vehicle. The VA-X4 will be capable of travelling over 200mph, with a range of over 100 miles and capacity for 4 passengers, and a pilot. The aircraft takes off vertically enabling it to operate in and out of cities and other confined locations.send The VA-X4 is 100 times quieter and safer than a helicopter and is being certified to the highest global standards unlocking global market access. 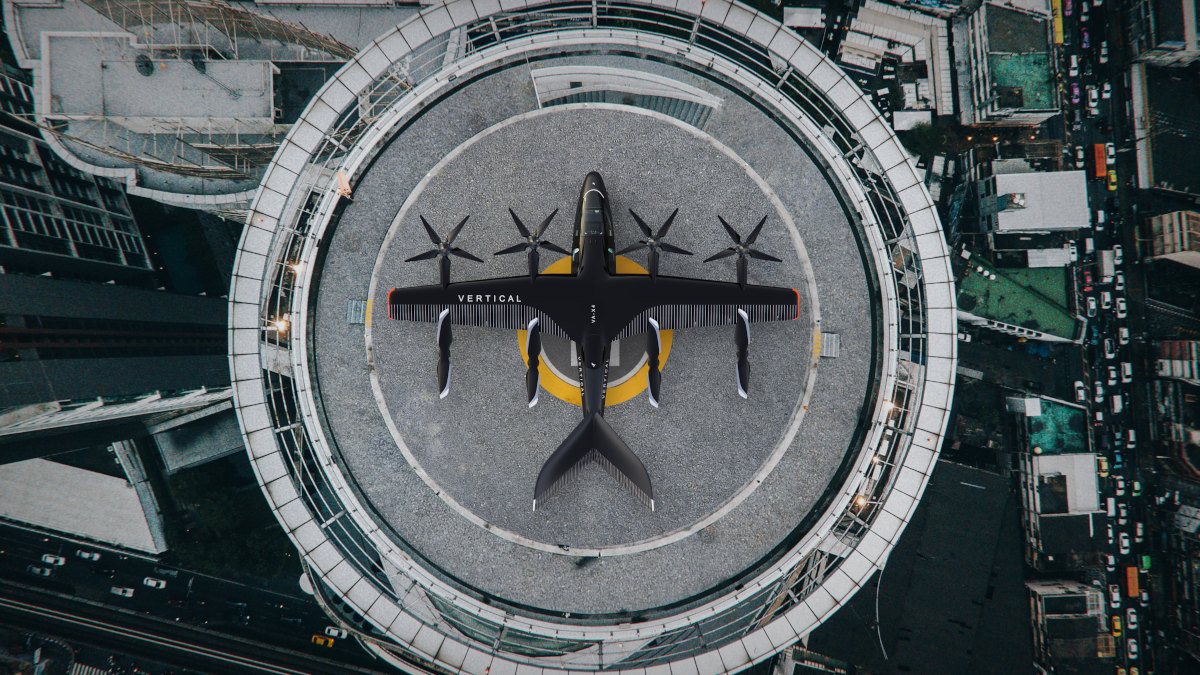