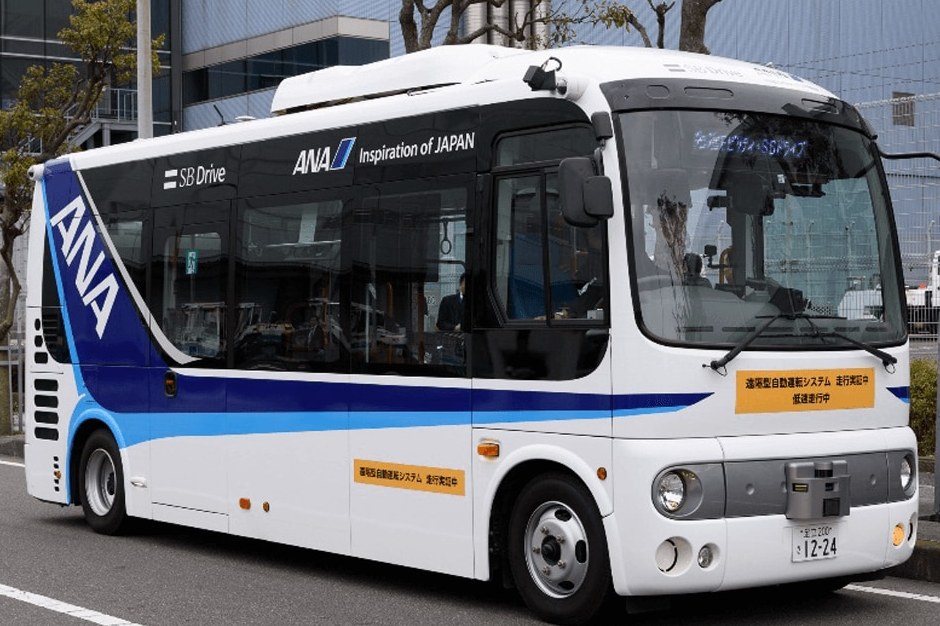 After initial successes, ANA is to begin the second phase of autonomous bus testing with the goal to implement driverless bus technology at Haneda Airport by 2020.

All Nippon Airways (ANA), Japan’s largest and 5-star airline for six consecutive years, is beginning the second stage of testing for an autonomous, driverless bus at Tokyo’s Haneda Airport.

ANA is conducting these trials with Aichi Steel, SB Drive Corp., Advanced Smart Mobility Co., Ltd., NIPPO CORPORATION, and NEC Corporation. Together, these companies will begin testing the autonomous bus in a series of trials running through Jan. 25, 2019. The test will be conducted with an autonomous driving technique equivalent to Level 3* and will be limited to the restricted area of Haneda Airport where aircraft and cargo vehicles are located. If these trials are successful, ANA aims to implement the driverless bus technology into the airport by 2020.

“At ANA, we are constantly striving to move the industry forward,” Said Shigeru Hattori, Senior Vice President of ANA. “This autonomous bus will help ease the flow of traffic in the airport and help enhance the traveling experience for passengers. In addition to boosting convenience, the autonomous bus will also allow for safer travel within the airport and we will continue the tests until the technology reaches our high safety grade.“

The first phase of testing was conducted in February 2018 in partnership with SB Drive Corp. In addition to ANA’s trials at Haneda this time, testing will also take place at Narita, Sendai, and Nagoya airports by other companies.

The autonomous bus will run with the help of magnetic trackers embedded into the ground that will help guide the bus along its route. Onboard sensors will allow the bus to follow these marks and will enable the bus to travel smoothly even if GPS signals are unavailable.

During testing, the bus will also host an advanced control system called, “Dispatcher,” which will make it possible for the operator to monitor progress in real time and take control when needed. The system provides constant real-time feedback that the operator can use to evaluate the interior and exterior of the vehicle at all times.

The autonomous bus is only the latest example of how ANA is working to remain at the forefront of technology and customer service. By easing the workload of employees working at Haneda, ANA aims to create more efficient service for those traveling through the airport in the future.

*Level 3 means that the autonomous system is operating, but when the system is unable to respond correctly, a human driver in the vehicle can take over the driving.