American Airlines announced today that it has finalized a new sustainable aviation fuel (SAF) offtake agreement with Aemetis. The agreement brings the airline’s total SAF commitment to more than 120 million gallons, a signal of the integral role SAF will play in American’s efforts to reduce carbon emissions and achieve its ambitious sustainability goals.

“The American Airlines team is committed to reducing emissions from our operations, and sustainable aviation fuel is the cornerstone of our strategy in this decade,” said Doug Parker, Chairman and CEO of American. “We’re proud to join with our oneworld partners in supporting the growth of SAF through this agreement with Aemetis, and we’re eager to continue collaborating with like-minded partners to meet aviation’s climate challenge.”

American has agreed to take delivery of 16 million gallons of Aemetis SAF annually over a seven-year period beginning in 2024, with fuel delivered to San Francisco International Airport. The SAF will be blended with traditional jet fuel at a 40/60 ratio to align with international standards.

American took its first delivery of SAF in mid-2020 and expects to use 9 million gallons by 2023. Additionally, American previously announced plans to purchase up to 10 million gallons of carbon-neutral SAF produced by Prometheus Fuels, which uses a novel process to make net-zero carbon transportation fuels.

American’s goal is to reach net-zero emissions by 2050, and the airline was the first in North America to commit to set a science-based intermediate target for the year 2035. Additionally, American was recently named to the Dow Jones Sustainability North America Index, the only passenger carrier to appear on the 2021 index. The company’s latest ESG Report features an updated analysis of the airline’s path to net-zero, showing a greater role for SAF than its previous analysis. 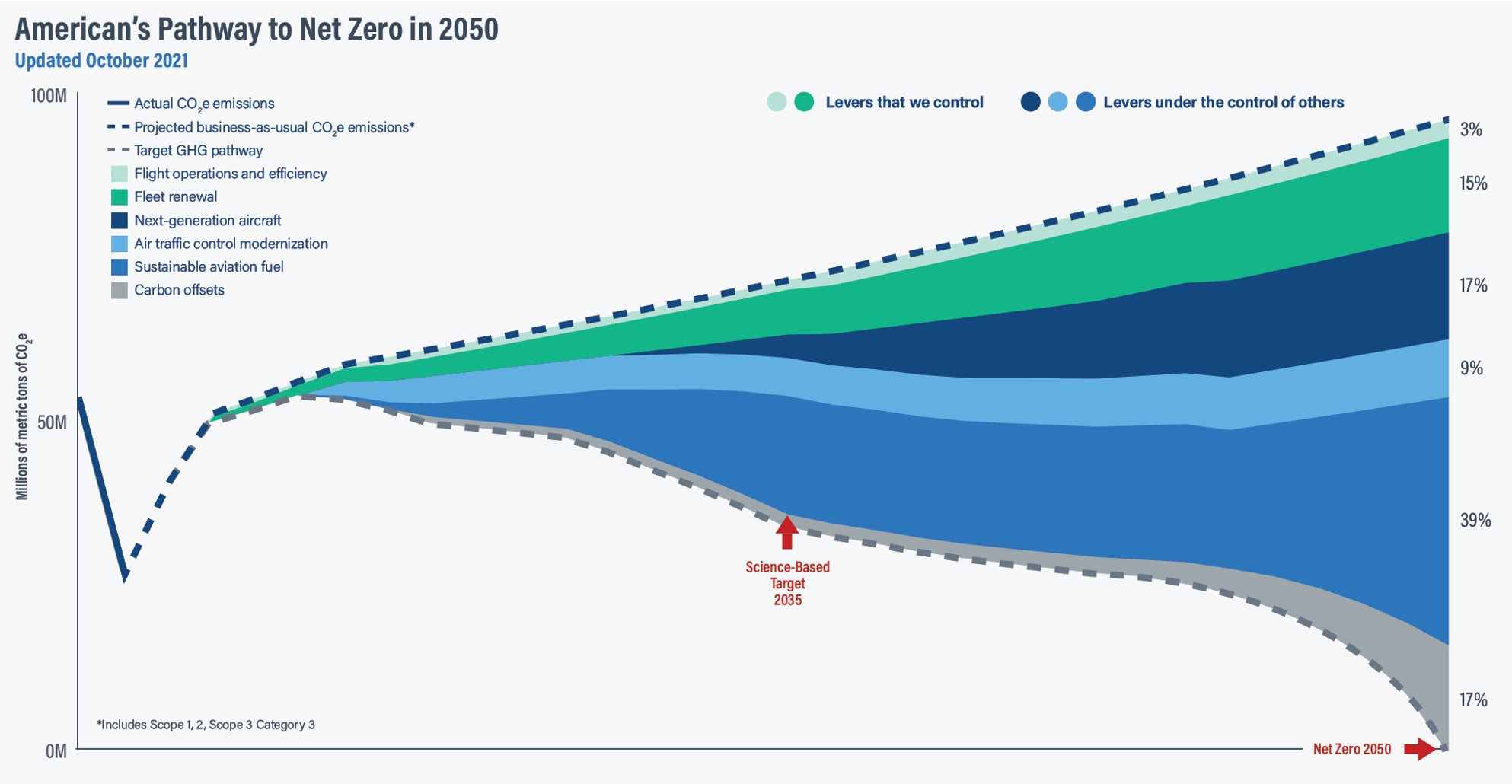